True love is a delusionary scam 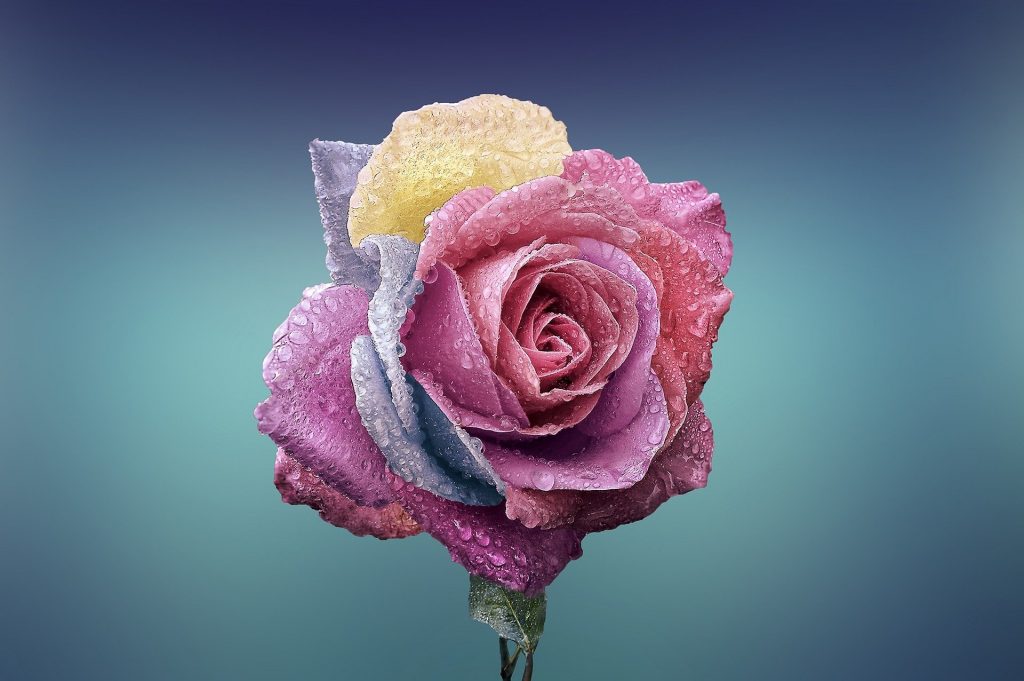 Falling in love in movies is drastically different from real life. While in scripted movies we generally know things will end up OK, pre-written plots don’t exist in real life. Instead, it’s a jumbled-up disarray of emotions that you don’t quite know how to comprehend.

I’m in love with someone who barely knows I exist. It happened just like it does in poorly produced and weirdly addictive rom-coms. The main character meets their future love interest and they spend the rest of the movie chasing blindly after someone until they usually win them over. Of course, if you’ve ever watched The Proposal, To All the Boys I’ve Loved (and all its sequels) or Love, Simon, it’s all about happy endings and Noah Centineo, apparently. Influenced by Hollywood cinema, our society creates unrealistic expectations of love and encourages us to believe in the so-called idealism of mutual, passionate love that lasts forever.

Plot twist: it’s all a lie. True love is a money-making scam that masks that cold-hearted truth that none of us want to admit — people leave. Even the ones you thought would stay in your life forever will leave, and you’re left with a gut-wrenching experience that derives most of its pain from the naïve build-up of fantasies and illusions of this mystical thing called love. Of course, the sheer loss of losing someone you love, regardless of Hollywood’s role, is an agonizing experience on its own.

So, what exactly does love mean? How do you know you’re in love? For many of us, our childhood was built on Disney princesses. We dreamt of knights in shining armor, dancing in the rain and promises of forever and always until we fall for someone and realize that in life, unrequited love is unfortunately far more common and far more real.

In reality, people cheat and people survive in unhappy relationships sometimes out of necessity. The list of reasons why people stay in spite of everything could go on and on. To think otherwise is to fall in the trap of Western myths of happily ever after. Research suggests that at its highest estimates, 75% of men and 68% of women admitted to cheating on their partners, but only 5% people believe that their significant other has cheated or will cheat on them. We hold people to ridiculously high expectations that we cannot even meet ourselves.

Further, people willingly stay in unhealthy relationships, repeatedly excusing the other person and claiming that there still exists some form of love. Commonly, the more people believed that their partner wanted to stay, the more hesitant they would be to break it off. Certainly, there are a number of factors that can come into play, such as low self-esteem or the fear of being alone. The root of all these problems lies in believing that love and our desire for a constant, secure relationship are tied together.

While the screenwriters and directors who produce award-winning romance movies are undeniably talented, they write for box offices and the audience. Hollywood capitalizes on our low self-esteem to advance its own agenda. Unfortunately, this is why romantic movie storylines are all the more enticing, sucking us into a vortex of clichés. We start to believe in love at first sight and how love can conquer all. But real people do not act in accordance with your elaborate dream sequences. They are flawed, fearful and unwilling to be vulnerable the way they are in movies. Vulnerability is difficult, even the word itself implies that a person has to be willingly to be physically and emotionally wounded. The skip of a heartbeat or nervous fidgeting that accompanies an honest conversation are things we actively try to avoid. Love is more than pure bliss; sometimes it comes at the price of irreparable familial relationships or uncomfortable discussions of compromise and sacrifice.

On the other hand, the most stable, most seemingly perfect relationships can be ruined in the same way: the tingling hairs on your spine or cliché butterflies in your stomach don’t last forever. Many consistent relationships might end because there is no more spark, no more inexplicable thing that attracted you to your partner in the first place. Sometimes, we stay because we understand prosaic love, but it clashes with our Hollywood-induced definitions of mythical love, often leaving us perpetually unhappy and always yearning for more.

Romance movies are entertaining, allowing us to temporarily escape the woes of our nonexistent love life into something magical. All these movies instill unrealistic infatuation in its audience while padding the pockets of movie producers and directors. Admittedly, after watching The Proposal more than five times now, I know it sets me up perfectly for a future of disappointment and a disillusioned understanding of love. The truth is, no one will stop you in the middle of a public space, admit they made a mistake and then declare their undying love. Love isn’t hopeless, but tortured.

If you’ve somehow won the lotto of life and found who you will be together for forever, I congratulate you and wish you all the best. But if you’re like me, desperately trying to get over someone, maybe knowing that so many people have experienced or will experience the same thing will make you feel a little better.