“I feel devastated,” Emory University School of Medicine Cardiology Fellow Heval Mohamed Kelli said when asked about his reaction to President Donald J. Trump’s executive order on immigration. “I would’ve never been able to do today what I did 15 years ago.”

Kelli, who immigrated from Syria to Germany in 1996 and moved to Atlanta in 2001, is just one Emory affiliate impacted by Trump’s executive order. As a result of the order, Emory community members must now contend with issues such as travel bans and being unable to see family members.

Emory’s International Student and Scholar Services (ISSS) advised international students who are citizens of or born in one of the seven aforementioned countries to avoid international travel in a Jan. 28 email.

Though Kelli is now a U.S. citizen and will not be directly affected by the ban, he said the order will hurt the U.S. economy and that allowing refugees entry into the country is  an investment in the United States and its future.

“I had some hope to bring my cousins [to the United States], but now I have no hope,” Kelli said.

Program Coordinator for International Students Rick Huizinga discussed the gravity of the executive order’s effect on Emory’s campus, explaining that some students don’t realize how it may indirectly affect other classmates.

College sophomore Nava Amalfard’s grandmothers visit annually from Iran for Persian New Year in March. To visit this year, they’ll have to travel to a country that is not affected by Trump’s restrictions and receive approval from that country’s embassy to visit the United States.

“For my … grandma who is in a wheelchair [overcoming those restrictions is] not possible,” Amalfard said. “There’s no guarantee that they would approve [her traveling].”

The order can cause stress for students, who like Amalfard, are not directly affected by the ban but have family or friends who must contend with its restrictions. Emory responded through campus-wide emails, an action Huizinga said maintains a uniform message across campus.

ISSS’s Jan. 28 email to international students detailed Trump’s two key international policy changes: the entry ban for those traveling from certain countries and the suspension of waivers for in-person visa interviews. The process to obtain or renew a visa could take longer than usual as a result of the order, ISSS wrote in the email.

ISSS promised to “work with outside professional associations and colleagues to advocate for favorable immigration policies that benefit everyone.”

University President Claire E. Sterk also voiced concerns about how travel restrictions from Trump’s executive order could affect Emory affiliates and the school as a global research university Sunday, promising that the school is committed to protecting the rights of all students, faculty and staff.

“I wholeheartedly share the concerns and insecurity expressed by many of you,” Sterk wrote in a Jan. 29 all-Emory email. “While I believe in the need for immigration laws and a strong visa process for national security, I am concerned about the impact that this executive order may have on our faculty, students and staff.”

Sterk wrote that Emory has partnered with the Association of American Universities (AAU) and other organizations to “remain committed to [Emory’s] values of inclusion, compassion and integrity.”

AAU released a Jan. 28 statement calling for the executive order to “end as quickly as possible” because it disrupts the education of students unable to return to their campuses. The organization argued that the United States should welcome as much talent as possible for its economic sake, and to maintain the country’s status as a global leader in higher education and research.

“I think Emory needs to be very vocal about the resources they are providing,” Amalfard said. “There’s a lot of student activism, but I’d love to see faculty and administrators on board and [showing] tangible support.”

“Showing up and saying, ‘You are welcome. We are here for you,’ … creates comfort, welcome and safety,” he said.

Huizinga echoed Kelli’s sentiments about the power of community, stating that students affected by the Trump’s order can often find a silver lining when fellow students reach out to them.

“When they can feel like they’re part of a community, they feel welcome and ready to study regardless of what’s happening,” he said.

ISSS declined to comment on the number of students directly affected by the executive order.

Both ISSS and Sterk pledged to continue to monitor the order closely. 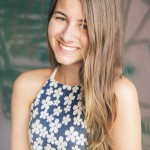 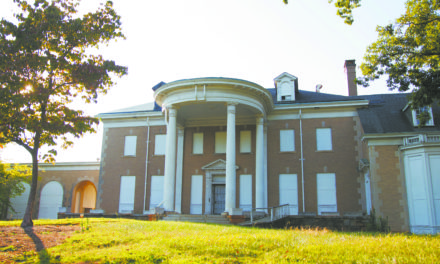