In 2005, Rachel Thomas (06C) walked Emory’s campus living in “a secret hell” for months. Putting up a front to her parents and friends, pretending to be a flourishing student, she spent her nights at Magic City, an Atlanta strip club, coerced into “modern-day slavery” as a victim of human trafficking. She faced sexual coercion and various forms of manipulation including intimidation, threats and psychological manipulation.

“I … became more reserved, showed up at events a lot less, may have looked tired in the mornings, missed classes or not gone to the parties that I would normally have been going to,” Thomas said.

Thomas said that she was one of three Emory students, among other women who Jimmie Lee Jones, also known as “Mike Spade,” had attempted to traffick in Atlanta. She said that after police arrested Jones, his name and face were broadcast on Atlanta news, and viewers were encouraged to call in if Jones had ever approached them or worked with them. Within an hour of the broadcast, the police received 75 calls. Thomas met Jones the Fall semester of her junior year in 2004. Thomas was trafficked from Spring 2005 to Fall 2005, when another individual who had been trafficked went to the police.

Thomas spoke about her experience to more than 140 students at Emory Oct. 30. At the invitation of student group Red Light Emory and Emory’s Respect Program, Thomas addressed attendees at a lunch and learn, a student organization panel and the annual “Take Back the Night” event.

Thomas grew up in Pasadena, Calif., before coming to Emory in 2002. During her junior year, she was out at an Atlanta club with friends when Jones approached her and offered her a modeling contract. She said that she was initially hesitant to accept Jones’ offer, but felt “silly” for being cautious about Jones after he had booked her modeling shoots and secured her a spot in rapper Lil Jon’s music video.

Jones collected her personal information and had her fill out a W-2 form, telling her that he needed the information so that she could be reimbursed for her work. Eventually, Jones convinced Thomas to try stripping to pay for the expenses such as travel and management fees related to her modeling career. After Thomas signed a contract with Jones agreeing to allow Jones to manage her for a year, she saw him hit another model and tried to back out. At that point, Jones said, “B***h, I own you. You’re going to do what I tell you to do or somebody is going to get hurt” and read off her and her parents’ addresses. Later that night, Thomas did as Jones said and went to work at the strip club. After work, Jones told her, “you’re going to take care of my friend tonight,” threatening to harm her if she refused. That was the first night Thomas was human trafficked.

“It was an overwhelming feeling that I had forfeited any chance at a meaningful future, that I was now a prostitute,” Thomas said. “I didn’t understand my own victimization, and I took a lot of shame and blame and guilt on myself.”

Now the co-founder and director of the Sowers Education Group, Thomas tries to take advantage of the opportunity to be the first person to change people’s minds about prostitutes.

“A lot of human trafficking victims are mislabeled as prostitutes,” Thomas said, noting that she doesn’t believe that prostitution exists. What some consider prostitution is “always a result of disadvantage and forced coercion,” she said.

Thomas said that she suffered for a long time but was silenced by fear. When she first met Jones, she considered his modeling offer because she was ahead in her requirements for school and had planned to take off the next semester of that year. By her first semester senior year, she said that she had re-enrolled but wasn’t attending classes. About a month into that semester when the other model reported the trafficking to the police, Thomas was placed in a witness protection program and dropped out of Emory. She was only allowed outside of the house on Wednesdays to attend a nearby church. Her faith and the love from her family helped her through her recovery, she said.

“I was so fearful and so defeated and kind of hopeless that I wasn’t even cooperative [with the police] at first because I still felt that my trafficker was more powerful than the police and that they weren’t gonna do enough to protect my parents or me,” Thomas said.

According to Thomas, Emory allowed Thomas to complete her senior year remotely when she was in witness protection and then to attend University of Southern California to take her final classes, because she couldn’t return to Atlanta due to witness protection.

After finishing her credits for Emory, Thomas attended University of California, Los Angeles for graduate school and taught English to high school students from 2007 to 2009. As a teacher, she noticed that some of her students seemed as though they were being recruited for trafficking and started Sowers Education Group in 2012.

Thomas said that if she was informed about typical pimp tactics, that she may have avoided her  own trafficking. She didn’t know a pimp could come in a three-piece business suit with business cards for a modeling agency.

“I noticed how much of an epidemic it was, and it was like lambs to the slaughter for people who have never heard of trafficking,” Thomas said. “When I started seeing my students getting recruited, and when I started meeting other survivors, we were like, ‘Yeah, I’ve never told anyone’ because we were all still wrapped in the shame and silence of it.”

“[Speaking out] takes a lot of courage, and what I found at first was a lot of shock,” Thomas said.

Thomas said that education about signs of human trafficking need to be a part of freshman orientation at Emory. Furthermore, she said, it is the University’s responsibility to educate students about trafficking and how people, regardless of their demographic, can be lured into it because “no one is immune to becoming a victim.”

“College is a time for exploration, independence, to move out of your parents’ watchful eyes … and kind of come into your own identity and person, but I also think that if you don’t stand for something, you will fall for anything,” Thomas said.

According to Maya Lakshman (17C, 19PH), cofounder of Red Light Emory, Thomas’ presence as an alumna brought the issue closer to students’ lives at Emory.

Monica Schweizer (18C) said she attended “Take Back the Night” with “The Survivor Anthology,” an Emory publication that publishes the work of domestic violence and sexual abuse victims, to support survivors. 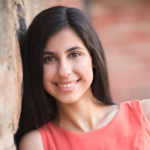 The Top Five Drinking Games, in No Particular Order, For Those Over 21 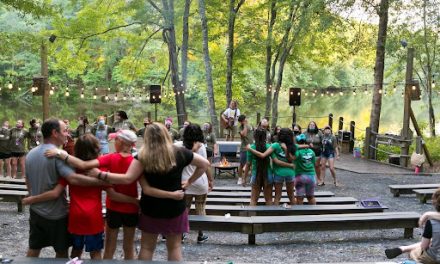