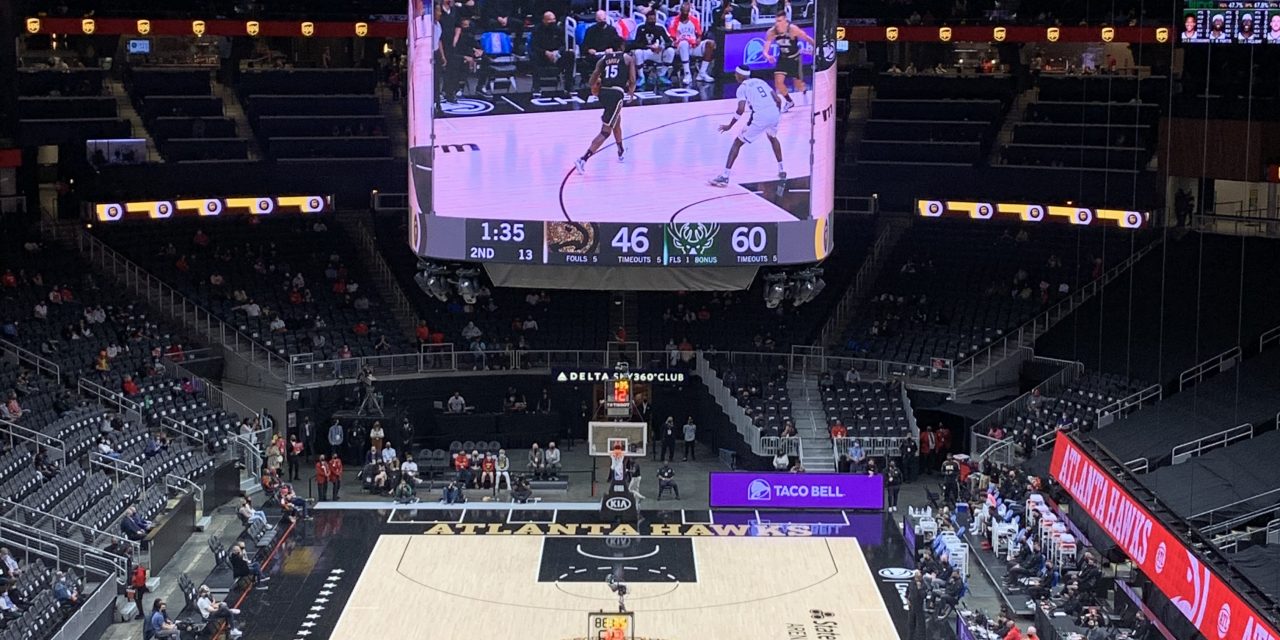 With the Atlanta Hawks three wins away from making it to the NBA Finals, a sold out crowd of 16,650 fans certainly did their part to help the team. Although I watched the game on TV, it was clear the fans were into it from the tip, roaring for each Hawks basket and jeering for each controversial call. The Atlanta Hawks hosted the Milwaukee Bucks on June 27 in Game 3 of the Eastern Conference Finals. The series was tied at one game apiece heading to Atlanta.

The Bucks had a dominating performance in Game 2, scoring 125 points and shutting down superstar guard Trae Young. However, the recent blow out seemed to have no effect on the Hawks early in Game 3 as the team opened up with a 7-0 run that forced Milwaukee to take a timeout after less than two minutes of gametime. The Hawks forced the Bucks to turn the ball over in each of their first three possessions, ultimately building a 15-2 lead.

“The big thing for us was to get off to a good start,” Hawks head coach Nate McMillan said in his postgame press conference. “And I thought [in] the first quarter, we were able to do that.”

Leading the Hawks early on was Young, who scored 14 of his team-high 35 points in the first quarter. Young’s early and quick start noticeably boosted his confidence following a rough offensive performance in Game 2.

The second quarter featured back-and-forth action as the teams traded three-pointers and transition layups. After resting for the first four minutes of the quarter Young came back into the game to hit a 36-foot three-pointer with his foot on the Hawks’ halfcourt logo. The point guard also added a couple dazzling assists, but the Bucks continued to respond.

After an and-one by Bucks forward Giannis Antetokounmpo six minutes into the quarter, Milwaukee had suddenly cut the Hawks lead to two. Antetokounmpo, while kept quiet by the Hawks in the first quarter, made his presence known in the second with dominance in the paint. Despite the Hawks’ early advantage, the Bucks had climbed all the way back to tie the game at 56.

Like in the first half, Young came out hot to start the second half. In less than six minutes, Young hit one of his signature floaters, two wide open threes and an and-one that put the Hawks up 73-66 with 7:22 left in the third quarter. Despite the close score at the end of the first half, it looked as if Young and the Hawks had managed to pull away.

“[Young] was scoring for us,” McMillan said. “ He came out aggressive and was able to see the ball go in the basket tonight early — and I thought that gave us a spark.”

While Young ignited the Hawks’ offense, he was forced to exit the game with 29 seconds left in the period due to an ankle injury. After the Hawks missed a shot, Young turned to run back on defense and twisted his ankle as he stepped on the referee’s foot.

Young noted in his postgame press conference that he is all too familiar with unusual injuries.

“All my injuries have been because I’ve stepped on somebody’s foot,” Young said in the postgame press conference. “It’s been a tough thing that I’ve had to deal with, but I’ve just got to be more mindful of where people’s feet are, and I gotta have eyes behind my head now [to] watch the out of bounds line for these refs.”

Despite Young’s absence from the end of the third quarter through the first few minutes of the fourth, the Hawks were able to stay ahead of the Bucks. Young did eventually return to the game with 8:44 left to go, but even when he did, he was clearly still affected by his ankle.

“I came into the game, and it was just kind of sore,” Young said. “I couldn’t really go as fast as I wanted to, and when I did, it hurt.”

With an injury-hampered Young, the Hawks were unable to find much offense the rest of the way, scoring only nine points in the final nine minutes. As the Hawks’s offense was dying down, Bucks forward Khris Middleton stole the spotlight. After Young checked back in, the Bucks went on an 8-0 run  — two Middleton three-pointers and a layup by guard Pat Connaughton —  to take a two-point lead. After Young missed a three, Middleton hit another three in transition, giving the Bucks a 101-98 lead with five minutes to go. The Bucks maintained the momentum for the rest of the game, winning 113-102. Middleton finished the game with 38 points, 20 of them coming in the fourth quarter. Those 20 points were three more than all points scored by the entire Hawks team in the quarter.

Young gave credit to Middleton for hitting some tough shots. But, he noted that there will need to be a few adjustments when it comes to guarding Middleton in Game 4.

“We’ve got to be better and just be a little bit more physical with him,” Young said. “He’s making it tough. He’s a good player who can really score and get going. He just had one of those nights where he was going, so we got to definitely key in on him a little bit to be better for Game 4.”

The Hawks look to bounce back in Game 4 of the Eastern Conference Finals which tips off at 8:30 p.m. on June 29 in Atlanta. 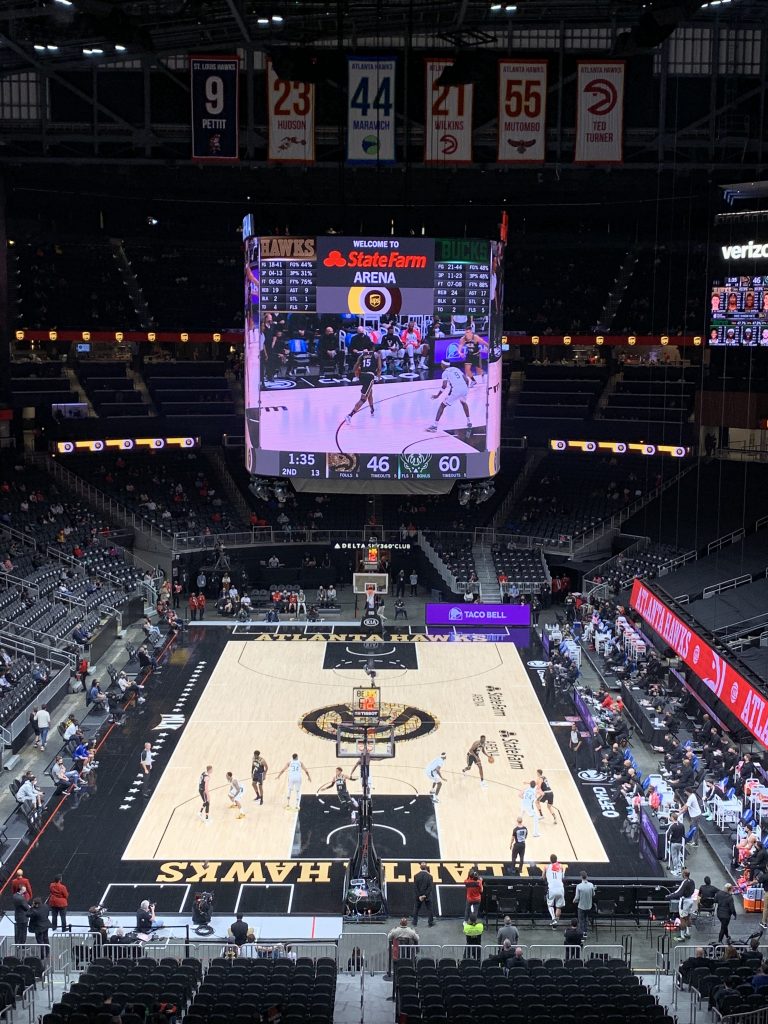