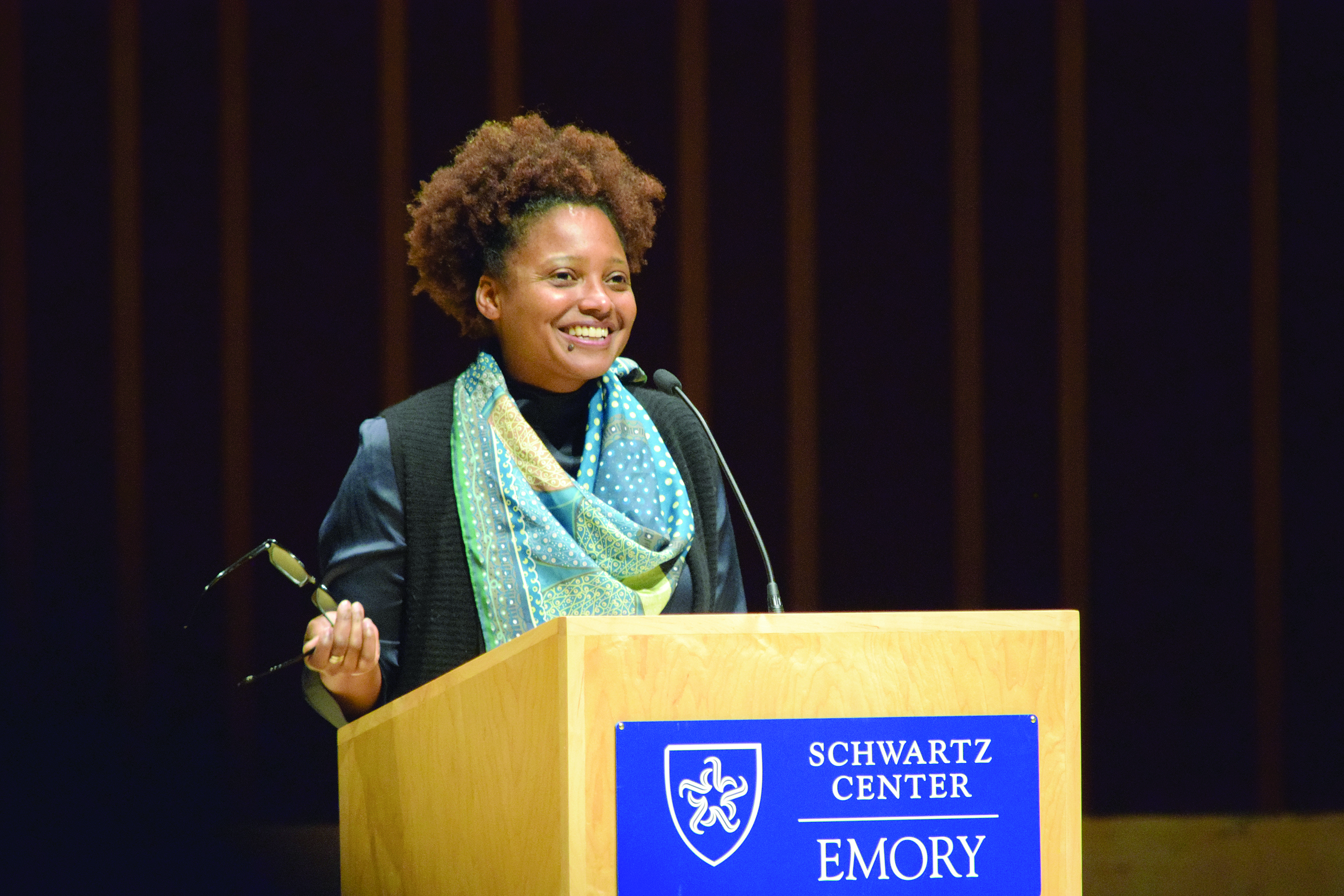 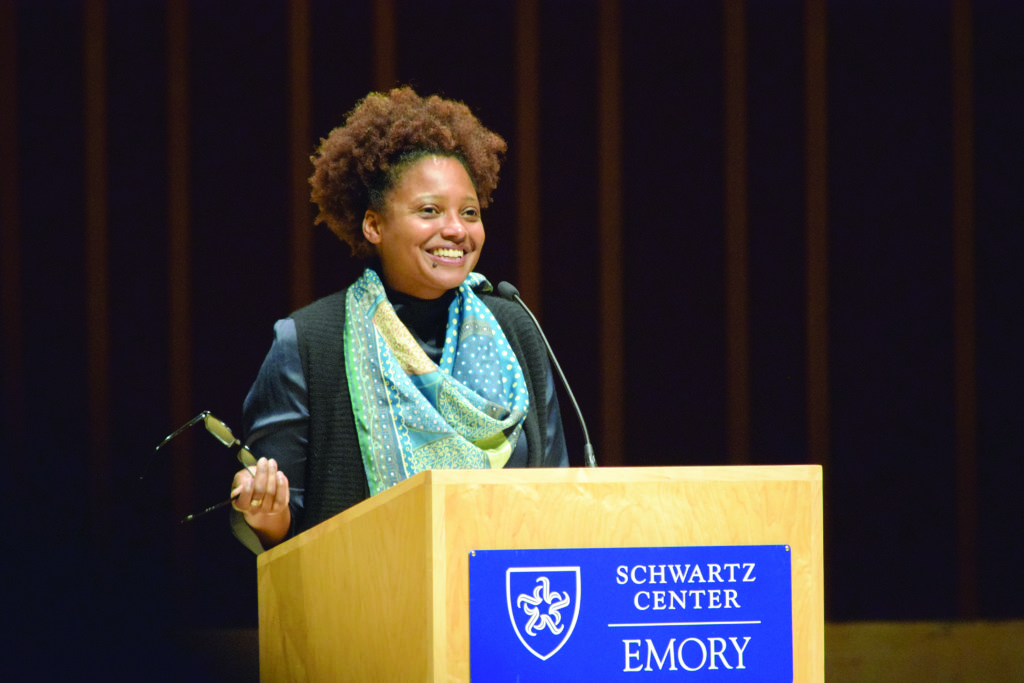 “We’re blurring that commitment to free speech with our decision about how to relate to hate speech,” Smith told the Wheel in an interview Feb. 16. “I think instead of making it a debate I wish we could make it a quiet, thoughtful … session. … We get so nervous publicly when these big questions come up that we … flip into knowledge and authority mode as opposed to confusion and vulnerability mode.”

During her first visit to Emory as poet laureate, Smith drew more than 200 members of the Emory community into the annals of African-American history during a Feb. 17 reading at the Schwartz Center for Performing Arts for the Raymond Danowski Poetry Library Reading Series. Showcasing her voice through nontraditional forms of poetry, such as found poems, Smith implored listeners to “figure out where compassion might live and how it might become a way of being with each other.”

Since the Library of Congress appointed Smith as poet laureate in June 2017, Smith has journeyed to rural areas and small towns in the United States, starting with New Mexico, to engage in conversations that literary scholars often overlook. In the first stop on her tour, Smith met with Native American students and learned more about their culture, according to U.S. News and World Report.

“I wanted to go into the more rural communities that don’t have programming on a consistent basis, where people’s lives are equally affected by the kinds of questions and memories that poems can draw upon,” Smith said. “If writers and scholars are only talking to each other, we’re missing out on a huge part of the story.”

Smith, who grew up in Fairfield, Calif., said she hopes poetry will venture into the collective consciousness of the nation.

The 45-year-old poet argued that poetry is not an antidote in the face of tragedy, like the aftermath of the Marjory Stoneman Douglas High School shooting in Parkland, Fla., but that it can help people cope.

“Poetry’s not going to answer it, or solve it or heal it, but it’s a form that says, ‘This is what you do when you have no words,’ ” Smith said. “This is how language can intersect with feeling even when feeling is inconceivable.”

Smith recognizes the value of community as a former member of the Dark Room Collective, a group of African-American writers that has witnessed rise to acclaimed poets such as Charles Howard Candler Professor of English and Creative Writing Kevin Young, and former U.S. Poet Laureate and former Director of Emory’s Creative Writing Program Natasha Trethewey.

“I felt emboldened by the fact that there were other young people trying to do the same thing and who were saying … we are black writers, these are our literary ancestors,” Smith said of the Dark Room Collective. “That was incredibly valuable because I always had the impression that someone became a writer at the end of their life.”

Director of Princeton University’s (N.J.) Creative Writing Program, Smith has published four books and in 2012 won the Pulitzer Prize for Poetry for “Life on Mars,” a collection that elegizes her father, a scientist who worked on the Hubble Space Telescope. Her fifth book, “Wade in the Water,” is set to be released in April.

Smith’s poetry has been lauded for its metaphysical characteristics and emotional resonance. She said she believes poetry is “more aligned with the energy of the unconscious minds” and create a sense of order.

“I think poetry is language that’s working resourcefully against most odds to get to emotional truth,” Smith told the Wheel. “I think it’s in service of making what is sometimes overwhelming graspable and clear, even just momentarily, making it into something that can be shared.”