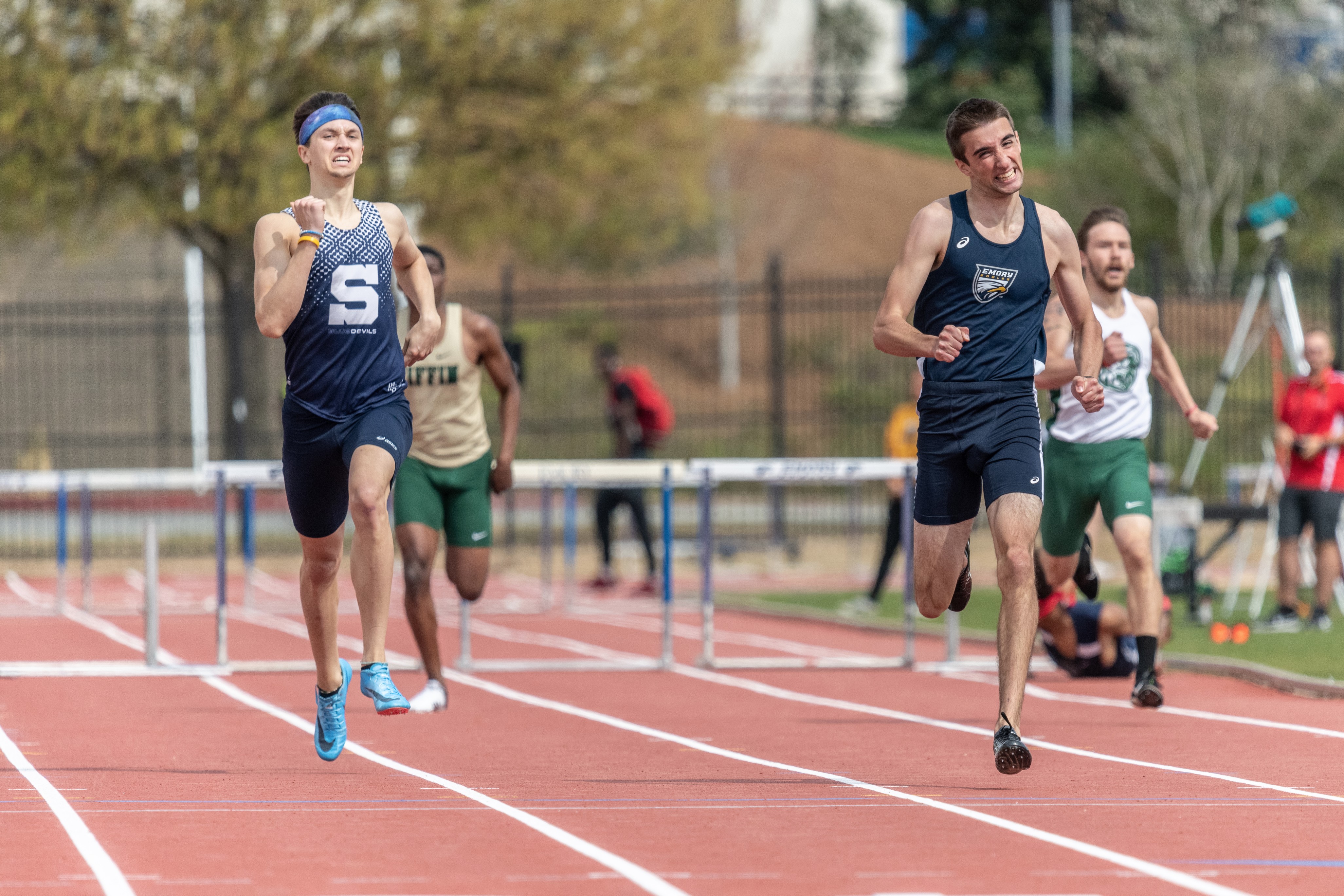 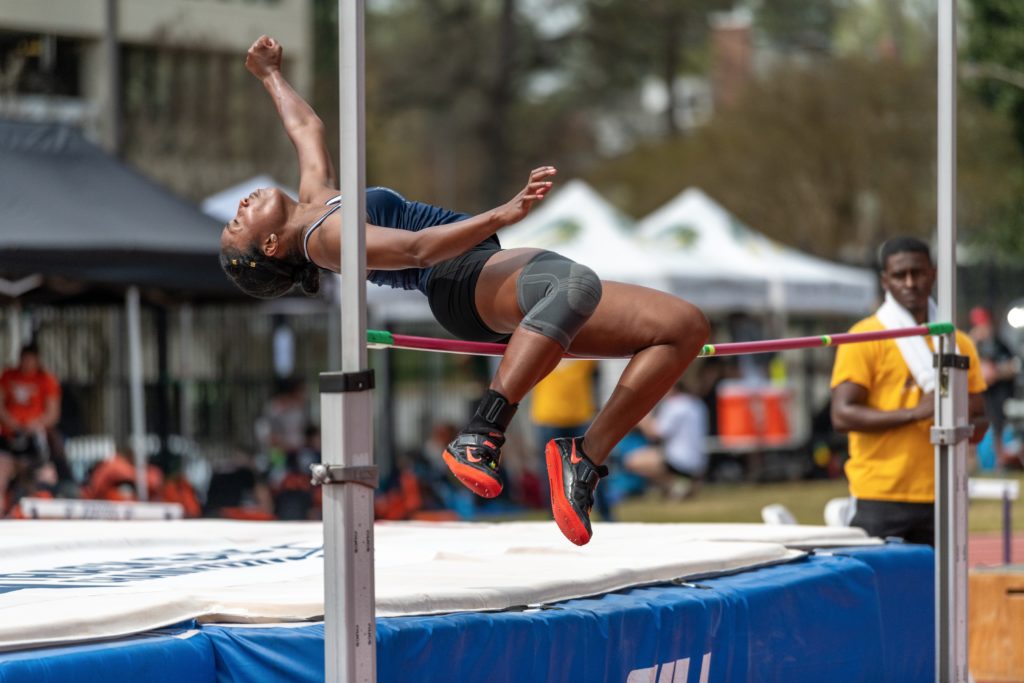 The Emory women’s and men’s track and field teams continued their hot start to the 2019 season while hosting the Emory Classic at the Woodruff Physical Education Center on March 29 and 30. The women followed their win at last weekend’s Emory Invitational by placing second out of 28, while the men improved on their fifth-place performance to finish fourth out of 23.

The women’s team, ranked No. 1 in the NCAA Division III South/Southeast region, finished second with 96 points and three event wins. Senior Dani Bland posted one individual win and was involved in one team event win, finishing the 100m dash with a time of 11.90, topping her 11.95 time from last week at the Emory Invitational. Bland, senior Dilys Osei, sophomore Michelle Rosenblum and freshman Hannah Lansberry finished first with a time of 3:58.87 in the 4x400m relay.

Junior Isabel Saridakis posted a height of 3.75m in the pole vault, matching the school record she set just one week prior.

“It was a really great feeling,” Saridakis said. “ You just have to go out there and trust yourself to do what you’ve been practicing. Track and field is hard physically and mentally, so without the support of teammates and coaches it wouldn’t be possible.”

The men’s team, ranked No. 4 in the NCAA Division III South/Southeast region, finished fourth with 64 points and earned top finishes in a host of events. Senior Bennett Shaw finished the steeplechase with a time of 9:39.56, which placed him second to Jacob Hadden of Oglethorpe University (Ga.) who finished in a time of 9:24.33. Other second-place finishes included freshman Patrick Crockett, who threw 52.08m in javelin, and the 4x800m relay team of sophomore Matthew Burke, sophomore John Cox, junior Samuel Branson and freshman Jon Marcus, whose time of 8:11.78 was 7.99 seconds behind Ohio Northern University’s first-place effort.

“One thing our team will work on going forward is having better turnover for our multi-event athletes,” Fost said of his team. “Being able to bounce back and run fast times despite having run one or two other events that day is really important.”

The Eagles will return to action at the Tiger Track Classic at Auburn University (Ala.) on April 5 and 6. 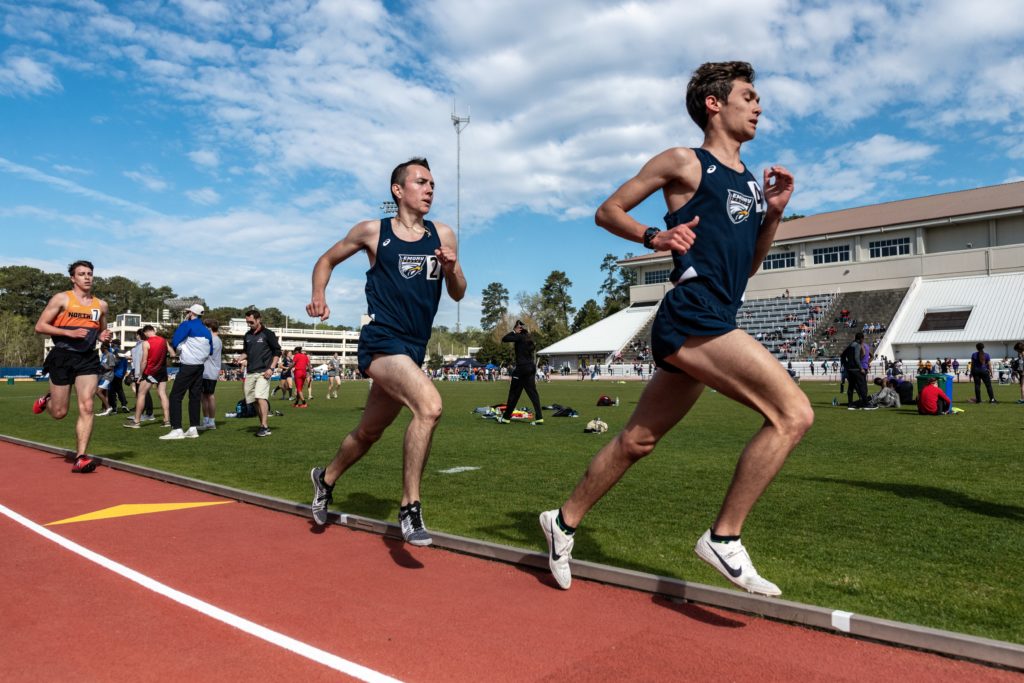