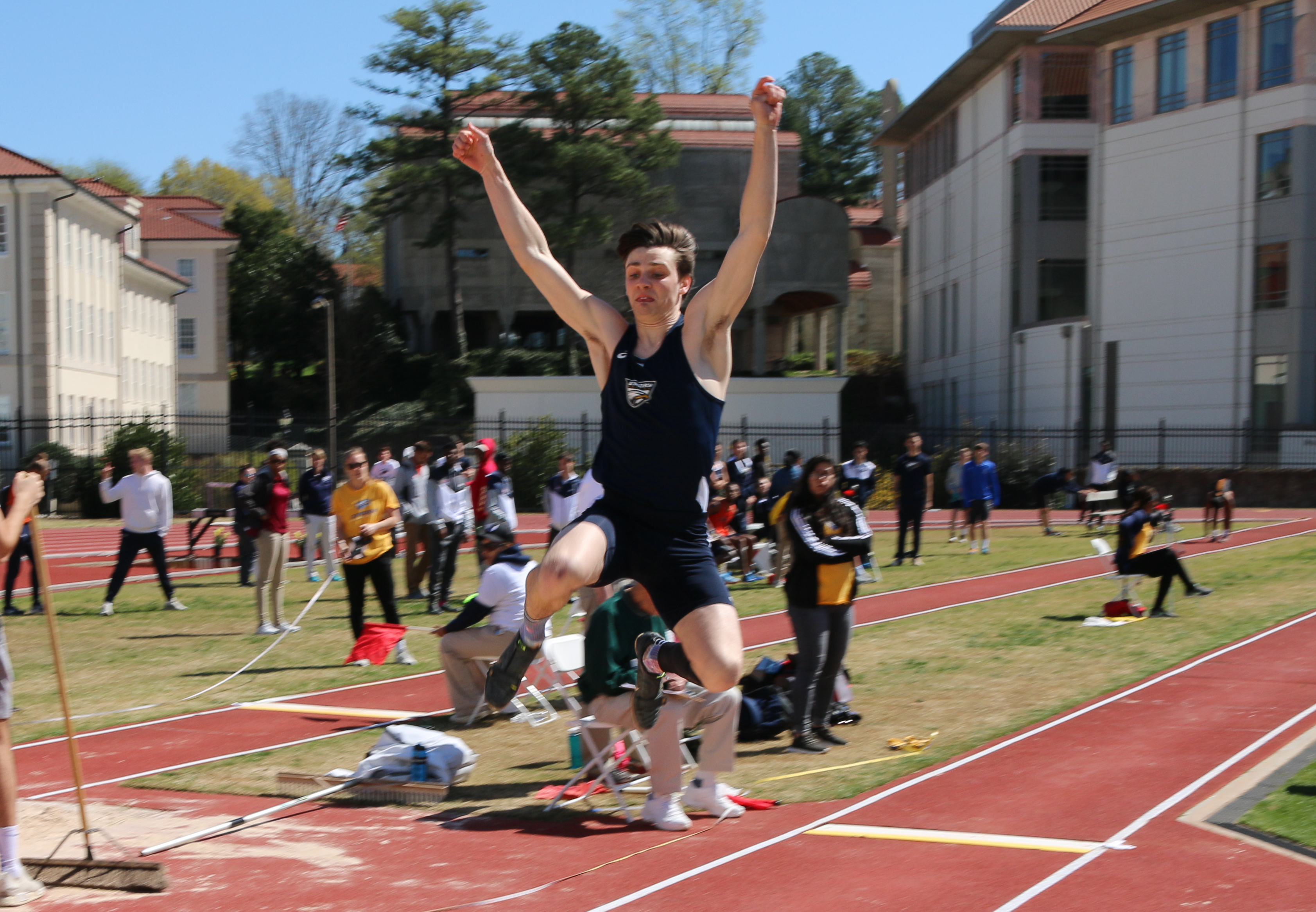 Emory University’s men’s and women’s track and field teams both finished first in a meet on March 26, while the baseball team split their doubleheader on March 29.

With 155 points, the men’s track and field finished first at the Hilltop Classic at Birmingham-Southern College (Ala.). Twelve schools competed in the single-day meet, including Piedmont College (Ga.), which finished in second place with 114 points. Junior distance runner Spencer Moore finished the 3000-meter Steeplechase in first place with the only under 10-minute time out of the participants. In the high jump, junior jumper Brett Henshey broke the meet’s previous record with a winning jump of 2 meters.

The men’s track and field team next competes in the University of Alabama at Birmingham (UAB) Spring Invitational on April 2 and 3.

The women’s track and field team also dominated the Hilltop Classic, finishing with 185.5 points, more than twice as many points as the second place team, Cumberland University (Tenn.) The Eagles won nine events during the meet.

The women’s track and field team will join the men’s team at the UAB Spring Invitational on April 2.

Due to the inclement weather at Maryville College (Tenn.) over the weekend, the baseball team’s doubleheader was postponed one day to March 29. The team won the first game 9-2 but fell short 3-2 in the second.

In game one, junior pitchers Jack Brodsky and Joey Bock stole the show, pitching five and four innings, respectively. Brodsky allowed only two earned runs while Bock did not surrender a hit, striking out five in the process. Junior infielder Zeke Diamond reached base four times, going 3-3 at the plate and driving in two runs. Senior infielder Ryan Adelman drew two talks and scored twice. The score was 3-2 going into the eighth inning, but the team scored six runs in the final two innings to lock up the win in game one.

The second game, though, did not favor the Eagles. Emory was up 2-0 going into the bottom of the sixth but gave up three runs, costing them the game. Diamond and senior infielder Jacob Singer each had one RBI. While senior pitcher Jack Moore pitched well until the sixth inning, the costly three runs ended up making the difference in the atypical seven-inning game. Moore allowed five hits and struck out two in his third loss of the season.

The baseball team is now 4-4 on the season and next plays on April 6 against Piedmont College (Ga.) for the second time this season. The game will be the first home game for an Emory Athletics team since the COVID-19 pandemic began over one year ago.