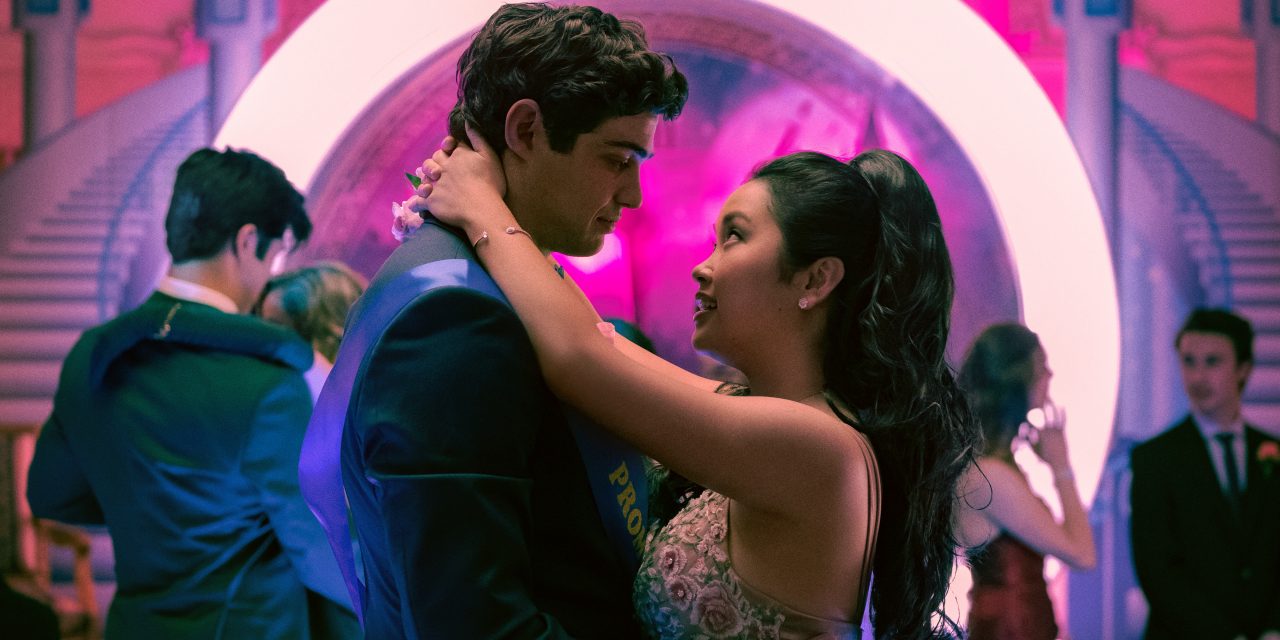 The third and final installment of the “To All the Boys I’ve Loved Before” film series, “To All the Boys: Always and Forever,” released Feb. 12 on Netflix just in time for Valentine’s Day. The movies, which follow the relationship between Lara Jean Covey (Lana Condor) and Peter Kavinsky (Noah Centineo), are based on the titular bestselling young adult novels by Jenny Han. While “Always and Forever” wraps up the series in a charming, meaningful way, it lacks some of the heart that differentiates its source material from other romances.

The first two films follow the couple’s blossoming relationship after Kitty (Anna Cathcart), Lara Jean’s younger sister, sends out private love letters to her past crushes, including Peter, leading to their fake relationship that eventually becomes real. The third movie picks up as Lara Jean and Peter head into their senior year a happy couple who faces decisions about their future. Calling back to moments from previous films, “Always and Forever” pulls at the audience’s heartstrings as the couple’s on-screen story comes to a close.

The film’s diverse group of characters is, for the most part, enjoyable to watch with standouts like Kitty and Lara Jean’s best friend Chris (Madeleine Arthur), who add flair and excitement to their characters and the overall story. Lara Jean is, at times, a frustrating character to watch as she bases all her life decisions around her high school boyfriend when she should be making them for herself. Condor uncannily embodies Lara Jean with a charm that makes her jump off the screen and woos the audience, which overshadows her character’s questionable choices. Screenwriter Katie Lovejoy imbues Lara Jean’s character with rich detail, including her love of baking and scrapbooking, making her a well-rounded subject to follow. Peter, as usual, continues to set a high standard for men with his romantic gestures. The film’s fun cast bring life to the characters and make the viewer feel like part of the group.

The relationships between characters are essential in romantic comedies, and “Always and Forever” is no exception. The earlier films firmly establish Lara Jean and Peter’s romance, and this film further solidifies their strong bond. While the film includes the irritating, overused trope of miscommunication, this doesn’t last the whole film. There are plenty of moments when Candor and Centineo prove their chemistry, leaving you rooting for them at the end, as opposed to the previous film when many, including myself, thought John Ambrose (Jordan Fisher) was a much better match for Lara Jean. “Always and Forever” ensures that the audience appreciates the duo as a couple; Condor and Centineo balance each other out and allow their respective characters the space to strengthen their relationships.

Intricate sets and costumes also add a layer of depth to the film. All the outfits Lara Jean wears are creative and fashionable. She showcases her own sense of style and owns it, exuding an unapologetic self-confidence. This stylistic flair is also evident in the film’s production design, especially in Lara Jean’s room, which is bright and colorful like her personality.

The film’s attention to small details and recalls from the past conveys a sense of time through the series that adds to its overall authenticity. Building on location, director Michael Fimognari mirrors shots from previous films, such as confrontations between Lara Jean and Gen (Emilija Baranac) by having them talk in the same location at school. These consistencies allow for nice callbacks and bring the story full circle. 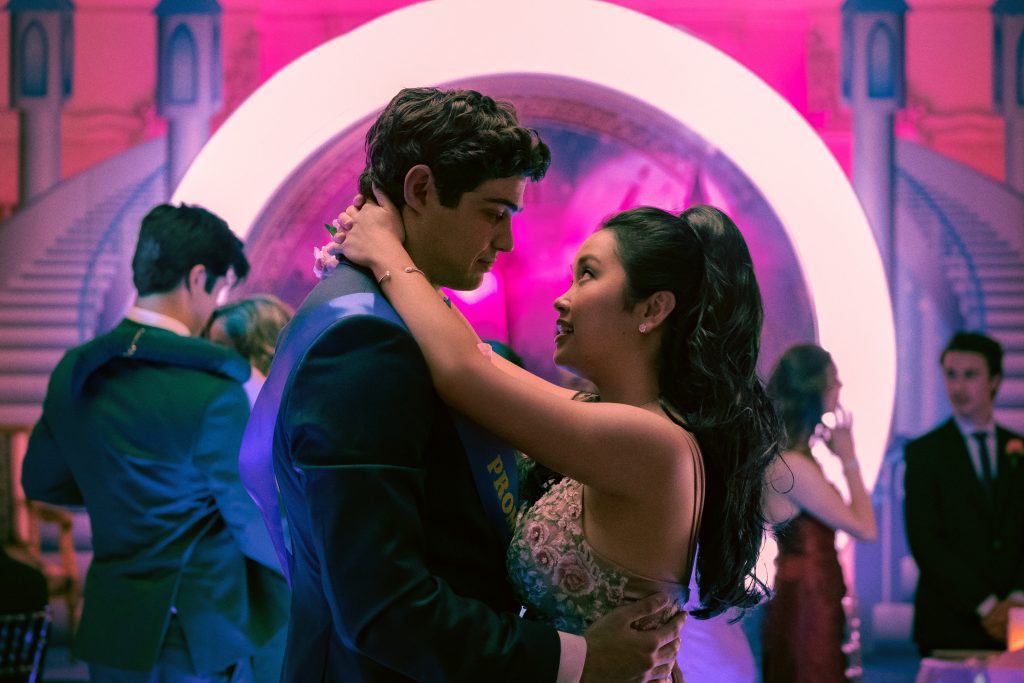 Lara Jean (Lana Condor) and Peter Kavinsky (Noah Centineo) dance at prom in ‘To All The Boys: Always and Forever.’ (Netflix/Katie Yu)

As an avid reader, I felt the film adaptation lacked in some aspects. Han’s books are set in Virginia, with Lara Jean being torn to choose between University of Virginia and the University of North Carolina at Chapel Hill, instead of Stanford University (Calif.) and New York University as the film portrays. The film’s California setting feels like a boring choice, considering there are already numerous romantic comedies on Netflix about high schoolers in California. Moreover, the relationship between Lara Jean and her older sister Margot (Janel Parrish) takes a backseat to her doubts about the relationship her father has with their neighbor. While the novel addresses Margot’s discomfort with their dad’s new relationship, the film brushes off this conflict, which stripped a layer of complexity and character development. Notions of location and family disputes made the book more intriguing and noteworthy, so the film’s subsequent omission is disheartening.

On its own, “Always and Forever” is a gratifying conclusion to the franchise, albeit when compared to its literary counterpart, it leaves little to be desired. With enough drama to hook viewers in and just the right amount of predictability to keep them around, the film is a solid romantic comedy to celebrate love this year.