Tiger Woods is Far From Done 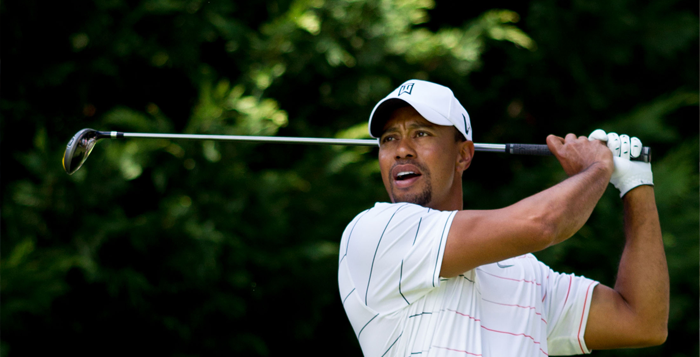 Once again, the 2014 Masters tournament did not disappoint. The 78th rendition of the tournament featured a constant change of leaders from the first day up until the final round with Bill Haas, Bubba Watson and Jordan Spieth all leading at the end of the first, second and third rounds, respectively.

The tournament also featured something that hasn’t happened in a very long time – a chance for a new player to take over the number one seed in the PGA rankings.

2013 winner Adam Scott was one of the favorites to win this year’s Masters Tournament.

Scott remained in contention to win the tournament after remaining in third place following the second round. Scott, however, struggled in the third round and ultimately fell out of the race. Two others, Henrik Stenson and Jason Day, also had a chance to become the world’s number one but neither reached the top 10 in any of the four days.

Bubba Watson, who coincidently seems to struggle in every other PGA tournament, found his rhythm once again in Augusta as he captured his second green jacket in the past three years.

And, like a true southerner, Watson chose to celebrate his second Masters championship with a meal at a local Waffle House.

But amongst all of the bright lights in Augusta, there was one crucial element missing. If you happened to watch the tournament, you could feel a fundamental component of the excitement missing … where was Tiger Woods?

It’s hard to imagine the Masters without Tiger, but fans were forced to cheer for other players as Tiger missed his first Masters in nearly 20 years.

It’s hard to wrap your mind around the fact that Tiger is still a young 38 years old, despite entering the professional golf scene in 1996. In fact, Woods participated in his first Masters tournament while still studying at Stanford University in 1995.

Woods won his first Masters in 1997 by a ludicrous 12 strokes over fellow American Tom Kite. Woods’ 1997 performance is, to date, the best tournament score ever shot at a Masters event.

Despite all his past accolades, Tiger wasn’t an active player – or even a contestant for that matter – at this year’s Masters. In the weeks leading up to the tournament, Tiger began to sense back pain. Tiger’s problems began March 2 at the Honda Classic tournament in Palm Beach Gardens, Fla. as Tiger withdrew 13 holes into the final round. Tiger then played in the Cadillac Championship in Doral, Fla. a week later.

Tiger then proceeded to take some time away from the game in preparation for the Masters but received back surgery about a week before the tournament and inevitably declared himself out.

Since his infamous car accident in 2009, Tiger has never been the same. To quickly recap, Tiger’s “infamous” car accident led to the outbreak of Tiger as a sex addict. In the span of one week, dozens of women admitted to having sexual affairs with Tiger while he was married to his wife Elin.

Tiger hasn’t won a Major Championship (The Masters, PGA Championship, The Open Championship and U.S. Open) and has won only two of his 18 world golf championships since the scandal hit newsstands.

In fact, many analysts and golf enthusiasts have begun to believe that Tiger’s days are over and that he has already won his last major tournament.

Despite these claims, it’s important to think of the adversity that Tiger has overcome to reach the pinnacle of golf fame.

In 1996 when Tiger entered the PGA, Tiger was among few African Americans to play the sport of golf. Tiger endured a tremendous amount of racism at certain courses where golf was viewed as solely a white man’s game.

In May 2006, Woods’ longtime supporter, mentor and father Earl passed away. Woods struggled to cope with the loss of his father and took a two and a half month break from golf. Following his return, Tiger won six straight events.

Though many are doubting Tiger’s ability to recover from another setback, it’s simply just a setback amidst Tiger’s aging. After all, the world’s number one golfer is 38 years old. Age takes an effect on people, even in the game of golf.

In no way would I consider Tiger Woods to have already won his last master. Jack Nicklaus didn’t claim his last major victory until he was 46 years old.

Will Tiger Woods still be playing when he’s 46? Without a doubt, in my mind. Woods still has the skills that he had 10 years ago, he has just struggled with off-the-course issues lately.

Once these issues wash away, look for Woods to re-claim his fame as one of the best golfers of all time.