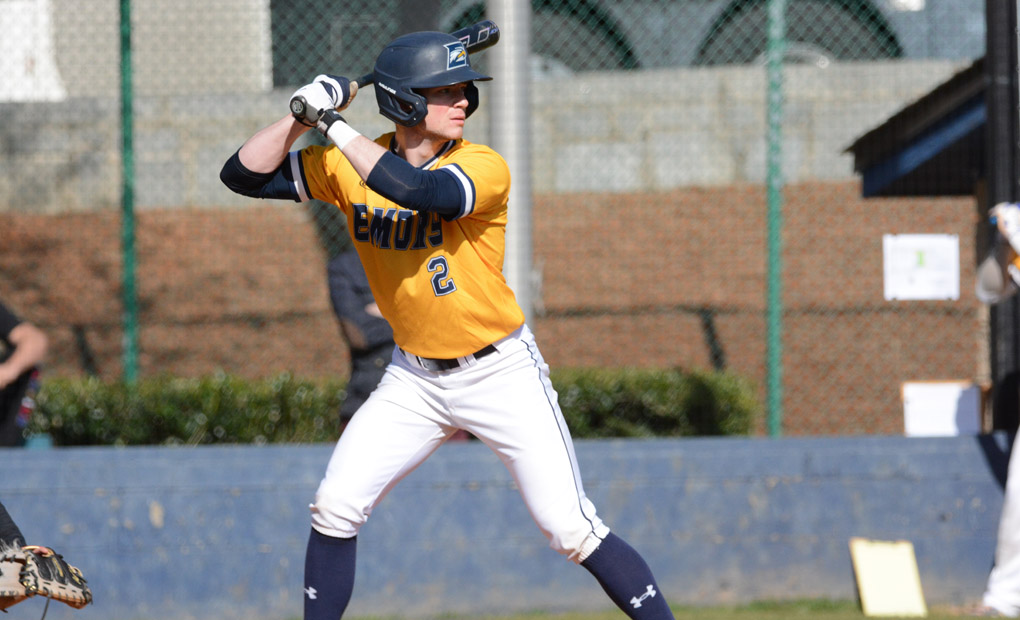 After a year-long hiatus, multiple Emory University sports teams returned to action this past weekend. The men’s golf, softball and baseball teams kicked off their spring seasons, marking the first competition for each team since their 2020 seasons were canceled due to the pandemic. Here is how each team fared.

The Eagles traveled to Montgomery, Alabama, on March 13 to open their season against Huntingdon College (Ala.) in a doubleheader. Huntingdon’s season has been in full swing since Feb. 20, as the USA South Athletic Conference approved a full conference schedule for the year. Coming into Emory’s matchup, Huntingdon had already played ten games, compiling a 5-5 record.

In the first game, a seventh-inning offensive outburst and composed pitching led Emory to a 13-12 win. The Eagles put five runs on the board in the seventh inning alone, with junior second baseman Robby Wacker hitting a two-run double. Emory’s lead-off hitters set the tone early, as seniors Mikey Edelman, a center fielder, infielder Drew Bartholow and catcher Jack Rubenstein each drove in two runs. Rubenstein gave Emory their first runs of the season with a two-run home run in the first inning. The Eagles, leading 13-7 at the bottom of the ninth, started to waiver when Huntingdon hit a grand slam off senior pitcher David Shore after scoring earlier in the inning to cut the lead to one. However, Shore retired the next batter, securing Emory’s victory.

Despite the win in the first game, the momentum did not carry over. The afternoon game was a reversal of fortunes, and in a lower scoring contest, Huntingdon used the seventh inning to turn a 4-3 deficit into a 6-4 lead. The Eagles had the opportunity to steal a win in the ninth inning after loading the bases with only one out. Senior first baseman Caleb Shulman hit a sacrifice fly to bring one run home, but the team came up short 6-5 after senior shortstop Ryan Adelman grounded out to first base.

The team will travel to LaGrange College (Ga.) for a three-game series on March 20 and 21.

Like the baseball team, the softball team split their season opening series at Covenant College (Ga.). The Eagles won their first game 15-4 but fell 6-11 in the second matchup.

Emory came out with extremely hot bats, racking up a total of 20 hits during the first game. In fact, everyone in the lineup recorded at least one hit. Standouts from the game included junior first baseman Mattie Ryan who went 5-5 at the plate, scoring three runs and driving in one RBI. Sophomore third baseman Tyler Miller turned in a 4-5 performance, including a two-run homer in the fifth inning that gave Emory a 6-4 lead. Senior pitcher Madison Schaeffer tossed her way to a complete game, allowing eight hits, striking out seven batters and sacrificing only one walk.

The hitting performance continued into the second game, with Emory churning out 11 hits. With three runs in the fifth inning, the Eagles took a 4-3 lead going into the bottom of the inning, but Covenant quickly regained the lead thanks to an eight-run burst. The Eagles were able to close the gap to five runs but were unable to do any more damage.

Softball’s next scheduled series is on March 27 when they will play a doubleheader against Georgia Gwinnett College.

The No. 2-ranked men’s golf team played their first event since March 10 of last year in the Tiger Invitational at the Forest Creek Golf Club North Course in Pinehurst, North Carolina. The 14 competing teams were overwrought with talent, as ten teams came in ranked in the top 25 nationally. Six of the top eight teams in the country attended the invitationalー Huntingdon College, Methodist University (N.C.), Hampden-Sydney College (Va.), Piedmont College (Ga.) and Guilford College (N.C.) all joined Emory atop the polls.

The Eagles turned in a three-over-par score in their first round. Their team score of 291 placed them in third, two strokes behind both Methodist University and Hampden-Sydney College. Junior Max Schwarz posted Emory’s lowest round of the day with a three-under-par score of 69. Senior Davis Hingtgen followed behind Schwarz with a one-under-par 71.

In their final round on March 14, Emory shot a 294 and finished fifth overall. Schwarz continued his stellar play with a four-under-par 68, tying his career low. He finished in a two-way tie for top individual performance in the competition, and his 36-hole score tied Emory’s program record for the best 36-hole tournament. Junior Logan Ryan and Hingtgen each finished the tournament at five-over-par, sophomore Grant Drogosch posted a six-over-par. Freshman Logan Lowery totaled a 162 in his first collegiate tournament.

The Eagles will head to the Jekyll Island Collegiate Invitational in Jekyll Island, Georgia, from March 19-21.

Senior Michael Edelman stands at home plate waiting for a pitch from Huntingdon College (Ala.) on March 13. Edelman and the Eagles split their opening series after winning the first game but falling short in the second. (Courtesy of Emory Athletics)