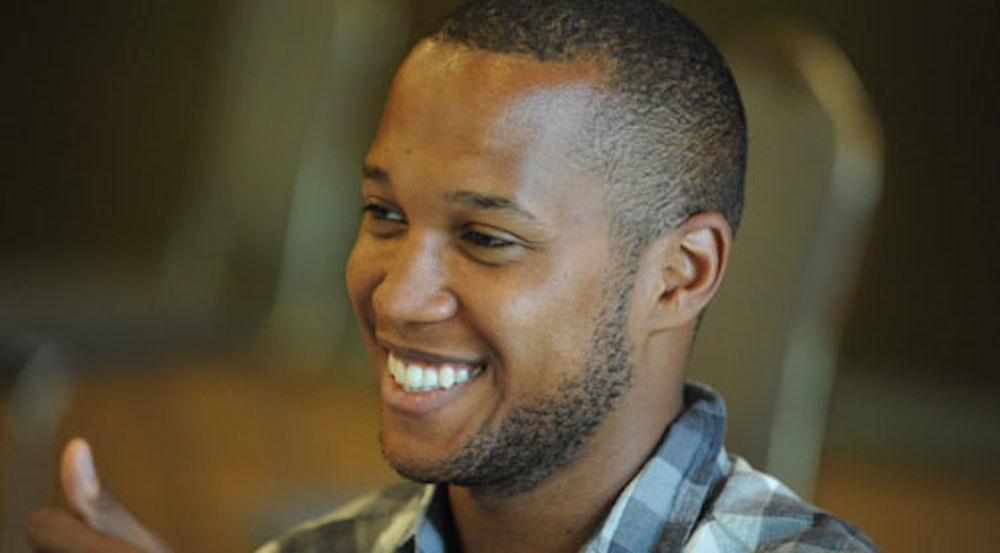 A post-racial America lacks prejudice, denies discrimination and prohibits preference. Or does it?

The first scene of playwright Branden Jacobs-Jenkins’ play Neighbors opens with a narrator introducing a “barely, barely, barely, barely, barely … ” lit stage with black actors in blackface. This piece played at the Schwartz Center Theater Lab on Wednesday, Jan. 28, and the lab held a full audience.

The explicit comedy explores racial tensions by illustrating the reactions of a perturbed theater professor named Richard Patterson when a family, identified by its blackface paint, becomes his hooting and hollering neighbor next door.

The play vividly iterated bold sexual imagery, chaotic violence and forbidden romance — elements that seemed questionable and uncomfortable by how they were shown. The explicit and rowdy neighbors, the racist black man, the feisty but loving daughter and broken mother combined to form a dynamic that criticized racial discrimination that is evident even today.

“The style was appropriate because it accurately showed how black people were presented in society and how we perceive that. If it were censored, it wouldn’t have been perceived as well,” College freshman Alec Shannon remarked.

With roars of laughter and periods of hushed, uncomfortable silence, the audience gasped at the neighbors’ antics, seethed at Richard’s racism and became anxious as the family fell apart. The power struggle depicted in the play shocked the audience.

“This is racism. This is violence. This is oppression,” College senior Troizel Carr said. He further remarked that the play spoke to him, and he hoped others in the audience also understood the message.

“With the combination of humor and fighting, people may not see the exaggeration. The humor and laughter of the audience is more from shock.” College sophomore Dalyla McGee added.

Unfortunately, tension also arose within the audience itself. Many were concerned with the seemingly inappropriate laughter that detracted from the play. A few audience members were even offended.

“I personally didn’t laugh. I don’t think this is funny. There’s nothing funny about blackface. I was thinking about leaving but I stayed. I still wanted to see the rest of it,” College freshman Chelsea Jackson said.

In an interview with The New York Times, Jacobs-Jenkins explains the purpose and meaning behind his avant-garde plays, particularly Neighbors, and the audience’s consequent reactions. “I wanted to write a play about blackness, and theatrical forms about the history of blackness, and as a writer I pushed myself to explore ideas and images that made me uneasy,” he revealed.

The most interesting observation in the play was his use of blackface. Unlike the old, discriminatory and unconventional usage of this theatrical technique, “putting black actors in blackface changes the equation of the minstrelsy,” Jacobs-Jenkins continued.

In the play, the black family new to the neighborhood characteristically exhibited a rich dialect, exaggerated Southern speaking style and a painted face. Oddly enough, in the pre-existing family with the black husband, white wife and their mixed child, the husband behaved in an aloof and completely different manner and he did not have a painted face. He became the primary source of contention and spoke for the modern racial nuances of society apparent today.

“I think Robert’s wife was really good. Just by being the white wife, she completely changed the dynamic. She was open, and it contrasted [with] her husband’s racism. By debating whether she had a ‘husband that was black’ or ‘black husband’ asked the question, even today: do you think about race first or personality first?” Shannon said.

Jacobs-Jenkins explained that the greater picture he wants to communicate is racial turmoil in modern America depicted specifically through the chaos within the two families.

“I decided that I was going to write a play that might be the last time that I was ever going to write about blackness. My big fear is that everyone will think of this as the blackface play, when it’s much more than that,” the playwright explained further to The New York Times.

“If one person’s mind was changed by this, it would be worth it,” McGee said.

This edgy play tested the rules of theater, a place where breaking boundaries can be both felt and heard. It pushed for change in its audience — change that successfully left the theater alongside the hushed murmurs of the audience. 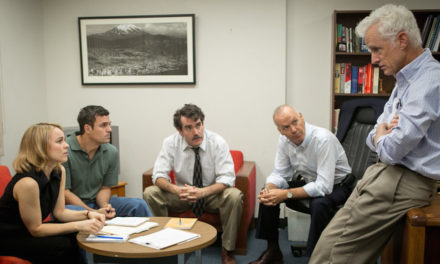 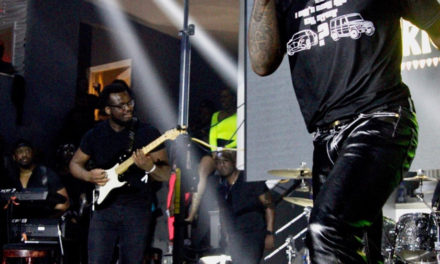 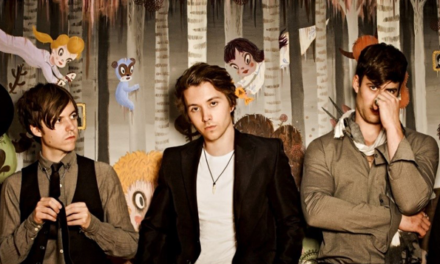 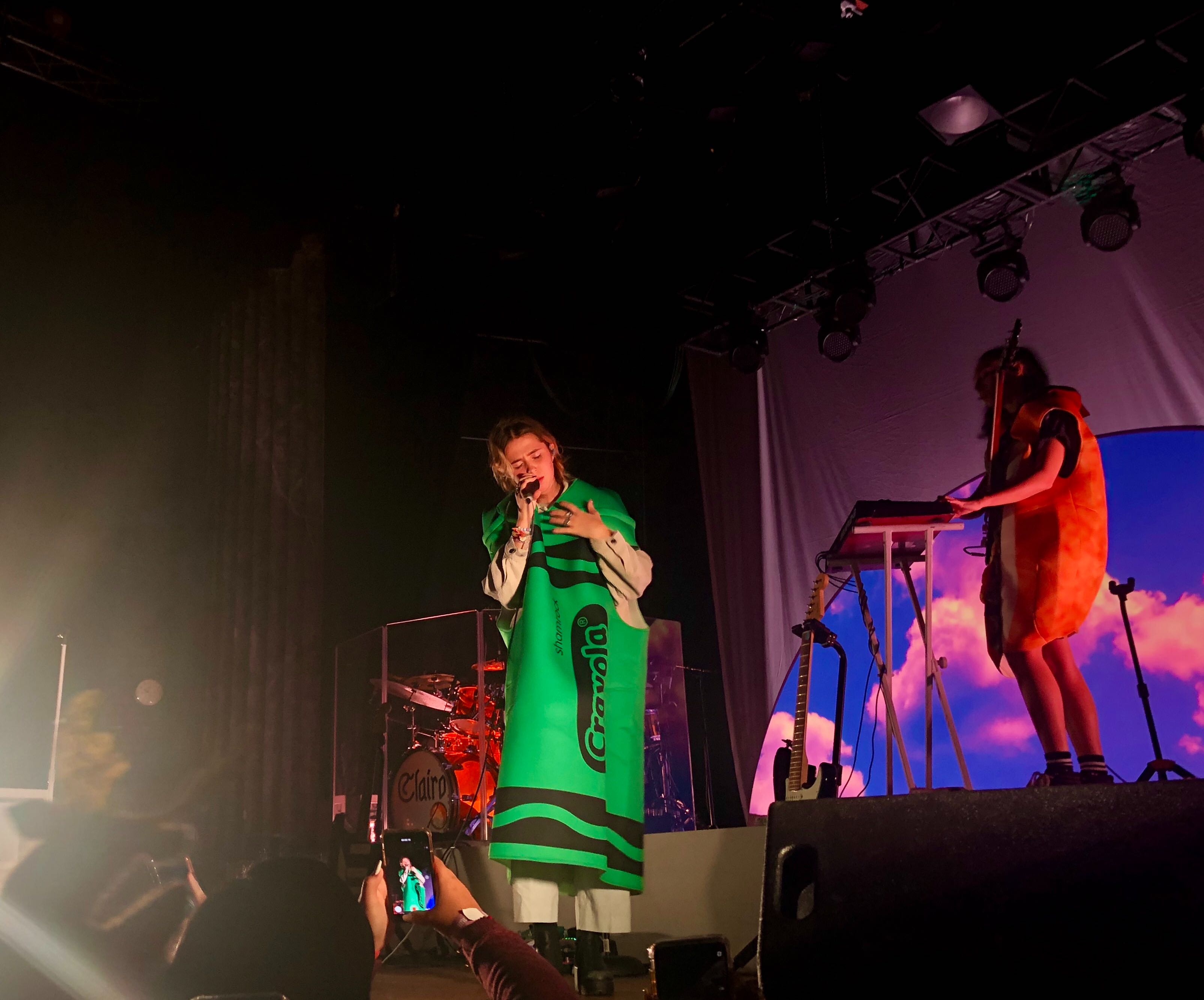