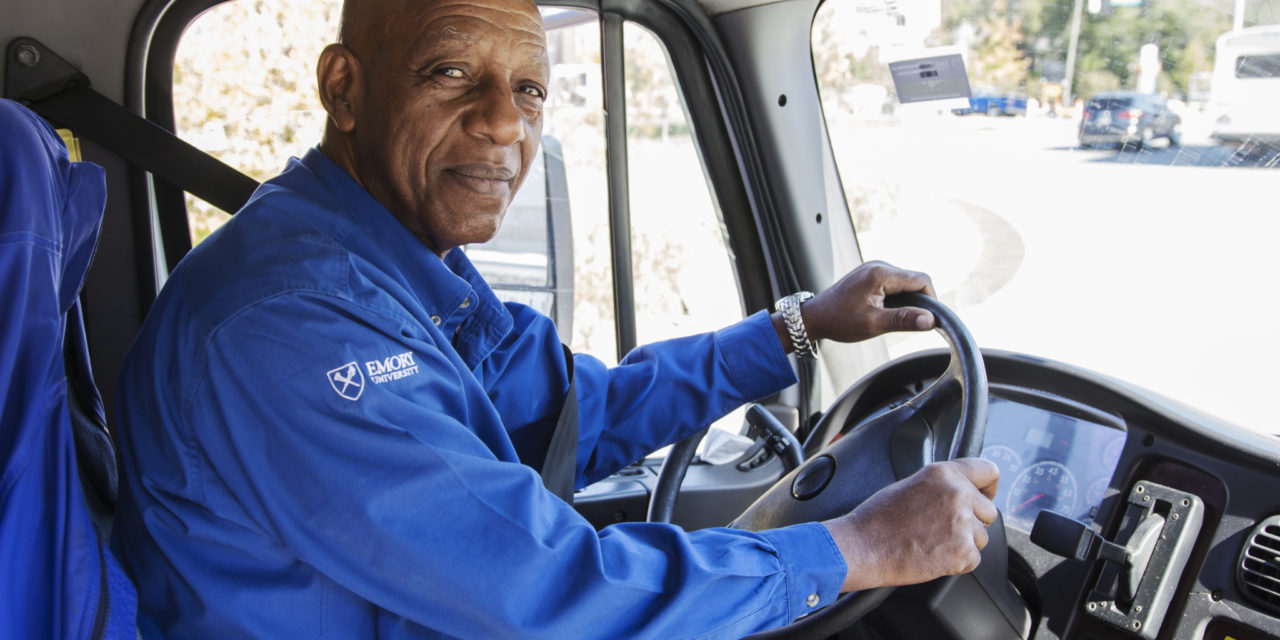 While boarding a C-route shuttle to make your way to an 8:30 a.m. class on a crisp fall morning, things may seem glum. That is, unless you happen to embark on the bus of James Daniel, known to friends, colleagues and students as J.D. or “Captain.” Daniel is a light-hearted, optimistic shuttle bus driver at Emory who never ceases to make any day great.

“Once you wake up in the morning, and you’re healthy, you can make the day what you want it to be, so make it a beautiful one,” Daniel said.

College sophomore Megan Withers has experienced his positivity herself and it always brightens her mornings.

“Whenever you see that Daniel is driving your bus you know that you’re about to smile on you way to school,” she said “I really feel like when we’re on his bus, we’re not ignoring each other any more. We’re all listening, and smil[ing] about the little things.”

Daniel has been driving shuttles for Emory since he moved to Atlanta from New York 17 years ago. Originally from Trinidad and Tobago, Daniel moved to New York in 1986. He spent 13 years working in various transportation fields in New York before following his son to Atlanta. He intended to work for three months as an Emory shuttle driver, to adjust to the Atlanta area before returning to his old career as a limousine driver, but things did not go as planned.

Daniel said he soon realized that many students did not have family in the area and took it upon himself to assume a “big brother” or “uncle” role. He enjoys seeing and talking with people on the shuttles so much that after many years as a driver, he doesn’t even consider his daily routine work.

“In the morning, I come [to Emory] with the notion that I drive my friends to work and school, so it doesn’t feel like a job,” Daniel said. “Like everything else you’re doing, you have to find in it something you like, if you really want to be successful at it.”

Daniel credits his positive life philosophy to his time spent traveling. In New York, he worked in the cargo area for American Airlines and received flying benefits, which allowed him to travel often to his home nation, Trinidad and Tobago, and to see many parts of the United States, Portugal and England.

“I have so many different things to say because the amount of things I have seen around me,” Daniel said. “[Traveling] gives me so much experience that almost anything anybody comes to me with I can answer.”

Daniel employs his wide experiences when conversing with students and giving them advice.

“I always say, ‘Look at the glass as always half full. If they give you a lemon, you just make some lemonade. In the end, you can’t have a testimony without a test,’ ” Daniel said.

Because he truly enjoys his work and has a “beautiful life” here, Daniel plans to continue working as a shuttle bus driver.

“I have all the things that I really need,” Daniel said. “I try to make every day the best I can, [because] I think this is my calling in life, to be here.”

A.J. Dishes Out Some Questionable Tips

Studies, Snacks and Social Life: A Freshman Guide to Emory 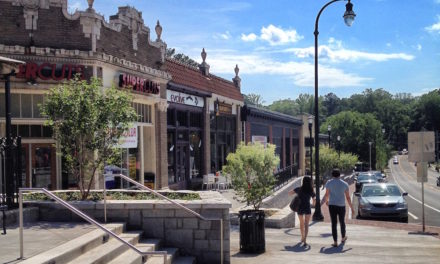 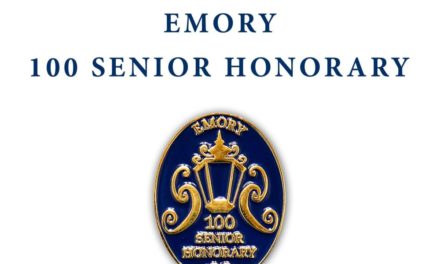