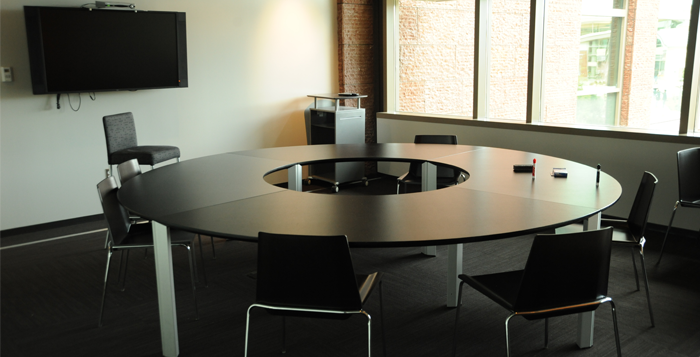 This month’s debate, courtesy of the Barkley Forum, is on California’s “Yes Means Yes” Senate Bill 967 and was written by Barkley Forum Members Paula Cheng (’17C) and Kristen Lowe (’17C).

On the Emory campus, there are a variety of forces combating sexual assault. The Respect Program provides resources for survivors and holds workshops to promote education about sexual assault and how to best combat it. Sexual Assault Peer Advocates (SAPA) provides training for students to help survivors. The Alliance for Sexual Assault Prevention (ASAP) and events like Take Back the Night and Sexual Assault Awareness Month seek to increase awareness of sexual assault on campus.

Although all of these programs are valuable, Emory is not free from sexual assault and further steps must be taken to eradicate it from campus. According to reports Emory filed in compliance with the Clery Act, there were 26 reported sexual misconduct cases in 2012. We must assume that the number is much higher because many sexual misconduct cases go unreported. Within the first two weeks of the fall 2014 semester, a rape incident occurred in the heart of campus. Similar to previous reports, the incident sparked a flurry of activity, but attention soon dissipated and sexual assault was again put on the backburner. The sharp increase in concern in response to the incident and the relative silence during other times is the crux of the problem with the current strategy for addressing sexual assault. In order to break the silence, a radical move is needed to capture attention and spur conversation about sexual assault.

Unlike previous policies, the “yes means yes” bill changes the definition of sexual assault on California college, university or post-secondary school campuses. According to the United States Department of Justice, sexual assault is “any type of sexual contact or behavior that occurs without the explicit consent of the recipient.” The fundamental and most controversial component of the bill is the “yes means yes” or “affirmative consent” standard, which requires “affirmative, conscious and voluntary agreement to engage in sexual activity” from each person involved. The bill also explicitly rejects the current “no means no” standard saying, “lack of protest or resistance does not mean consent, nor does silence.” Furthermore, consent can be revoked at any time during sexual activity and dating or “past sexual relations” do not signify consent.

The proposal has already sparked debate over the merits and effectiveness of the bill. Critics of the bill argue that it ignores addressing risk factors influencing why sexual assault occurs in the first place. However, only discussion can force people to change their opinions about social practices to slowly re-shape social norms to condemn sexual assault. Also, prompting discussion about “yes means yes” not only increases awareness about sexual assault, but also snowballs into addressing the roles of peer pressure, alcohol, drugs and social norms in creating an environment conducive to sexual assault. Opponents also claim the bill would increase the legal liability of universities. However, this concern skirts the question of confronting sexual assault by allowing the university to escape the responsibility of protecting the safety of its students, staff and faculty.

In order to force this type of dialogue at Emory, the university should endorse a “yes means yes” definition of consent. Although Emory’s current consent policy encompasses similar themes, it continues to lack the crucial specification that consent can be withdrawn at any time. A change in official university policy would have a few benefits the status quo method cannot capture. First, it would cause deliberation within the Emory administration about the change in definition. Second, an affirmative consent standard would increase media attention, awareness and debate among the Emory community about sexual assault. Lastly, it would affect all programs that confront sexual assault by forcing those organizations to take a stance on the change in definition. Increasing dialogue is the key to combating sexual assault because conversation is necessary to increase awareness, plant new ideas and is a prerequisite to more concrete changes.

Although adopting a “yes means yes” proposal alone is an inadequate solution to resolving sexual assault, it is a meaningful starting point necessary to grab the attention of the public, start conversation and create momentum in the right direction towards combating sexual assault.​

The California State Senate took on a monumental task this June: confronting sexual assaults and rape culture on college campuses. In a unanimous vote, the Senate passed SB 967 to redefine the meaning of consent in the hopes of empowering college women to reinterpret the term consent and the implications it carries for healthy sexual relationships. While some suggest that Emory University adopt this policy, I disagree.

While SB 967 illustrates an important attempt by California’s government to tackle the pressing issue of sexual assault on college campuses, SB 967 misguidedly begins by attempting to create effective legal divisions in consent laws without asking the question of why we still live in a society where men are raping women. The enforcement of consent as positive affirmation instead of the absence of rejection takes for granted the very premise that young women need, from the moment they enter college, to be wary of date-rapists and sexual predators lurking in fraternity houses and residence halls.

By nit-picking at the thin lines that separate consent from maybe-that-was-kind-of-consent-question-mark, California’s most recent legislative effort shifts our attention towards what happens when students are faced with sexual pressure instead of addressing the structural issues that create those pressures.

Let’s do a quick fact check:

1.     According to Paul Miller, a psychologist at Brown University, 82 percent of cases in which college males rape female students occur when the female is intoxicated.

3.     Miller also found that perpetrators tend to be a part of sexually violent all-male subcultures that normalize sexual conquests, as demonstrated by violent pornography, wherein explicit images of rape are considered acceptable, non-criminal, and the sign of male virility.

I want to focus on the third point. A litany of controlled and credible studies draw direct correlations between “male subcultures that normalize sexual conquests” and sexual assault.

Any policymaker, educator or concerned individual with access to the Internet has this information at their fingertips, and instead of addressing a statically impressive correlation between intoxication and social collegiate sub-cultures and sexual assault, we’ve chosen to focus our already overstretched political attention spans by drawing lines in the sand between when a “yes” is enthusiastic and when it is hesitant.

All attempts to prevent sexual assault should be regarded as valuable efforts, but acts like SB 967 simultaneously leave the most important and under-discussed element of rape culture out of the conversation entirely.

This omission may seem harmless but runs the risk of making us complicit with societal pressures on men and women to conform to sexual and gender norms. Legal actions to alter litigation standards may provide comfort and spark conversation, but they  leave us with a false taste of satisfaction in our mouths, content to constantly re-manipulate rape laws as if the boozy and hyper-sexualized culture prominent on today’s campuses is something we should just accept and work within.

We need laws that, unlike SB 967, work against the system instead of within it. Instead of concerning itself with legal language games, Emory should dedicate additional resources towards awareness programs like The Men’s Program, a research-based effort that facilitates conversations between men to remind them that not only should women be able to say no to sexual advances, but that men should also be able to say no to a culture that takes for granted that men are likely to assault women.

Rape culture is not a phenomenon we should feel comfortable with, and not a standard our universities should settle for. By educating students, teachers and the population at large to challenge their own behaviors such as excessive alcohol consumption and mindless absorption of sexualized media that contributes to rape culture, our policymakers and citizens need to take a step back and call into question the sexualized nature of college social life and address the expectations we set for college culture.

It is not until we as a society are capable of responding with a resounding and unified “no” to the question of whether we should have to work around the inevitability of rape that we can begin to tell young women when they get to say yes, and what that yes means.​