“Superstition” – Stevie Wonder
“Superstition” is beyond a fun Halloween track; it’s No. 74 on Rolling Stone’s list of the greatest songs of all time. And back in 1975, it topped the U.S. charts and reached No. 11 across the pond in the United Kingdom. So, Wonder has pretty successfully made this song a legend in its own right. Still, nothing says Halloween better than the creepiness of the devil, the promise of bad luck and doing all you can to protect yourself from a curse, whether it’s by refusing to walk under a ladder or avoiding black cats. Will it still work? Not sure. But with the prominent saxophone solos, the captivating sounds of Wonder’s smooth-as-silk pipes and one of the catchiest beats of all time, it sure is fun hearing this soul icon ponder the question.

“Monster Mash” – Bobby Pickett
It’s an ageless tale of Halloween night gone wrong. Our heroic but misguided protagonist is working on a lab project late at night (never a good move), when something suddenly comes to life … and subsequently, so does the monster mash. But it doesn’t stop at one monster. There are vampires. Ghouls. Zombies. Werewolves. Basically all the necessary guests for a full-on, elaborate Halloween shindig. The good news is that in the end, Pickett extends the party invitation to the listener, however mortal we may be. “For you, the living, this mash was meant too / When you get to my door, tell them Boris sent you.” Thanks. We will.

“Thriller” – Michael Jackson
I know, I know, it’s the ultimate clichÃ©. But a clichÃ© is really just something that got loved too much, and there’s a reason why “Thriller” got loved too much. Is it the fabulously ’80s zombie costumes? Is it the eternally epic MJ dance moves, melding with the red jacket and sneakers for a perfect visual experience? Is it his weirdly high-pitched voice, interspersed with random “whoo!” and “ow!” sounds? Is it simply the fact that it was once the most expensive music video ever made, and we had to love it to justify spending that much money? I won’t pretend to know the answer, but one thing’s for sure – no Halloween party is complete without at least one room-wide moonwalk attempt.

“Psycho Killer” – Talking Heads
Warning: once you listen to this, you will not be able to stop yourself from singing “Run run run run run run run awaaaaaay” for a very long time. From the randomly-injected French lyrics (“C’est que j’ai fait, ce soir la!”) to the irritatingly catchy “fa-fa-fa-fa,” what’s not to love about this ’70s classic? Though not Halloween per se, there’s the whole, you know, killer element of it. Nothing’s scarier than hearing David Byrne belt out some lyrics about his killing mentality. Except maybe his trademark dance moves. He kills because “I hate people when they’re not polite.” As long as it’s a good reason, Dave.

“Halloween” – Dead Kennedys
It’s not just about Halloween, it’s about conformity, man. Halloween is the one time of year when we get to step out of our everyday workplace (er, school-place?) attire and be whoever we want to be. Whether you think that’s kind of beautiful that we have that day of liberation or kind of depressing that the rest of year isn’t like that, the Dead Kennedys are here to sing all about it. “You’re still hiding in a mask / You take your fun seriously / No, don’t blow this year’s chance / Tomorrow your mold goes back on.” Not quite the same kind of spookiness as vampires or werewolves, but it’s still haunting in its own way.
– By Emelia Fredlick 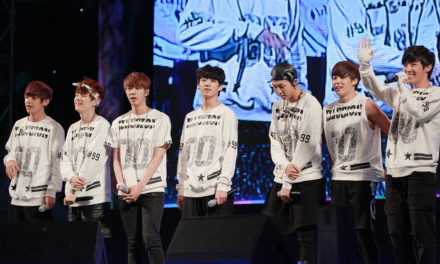 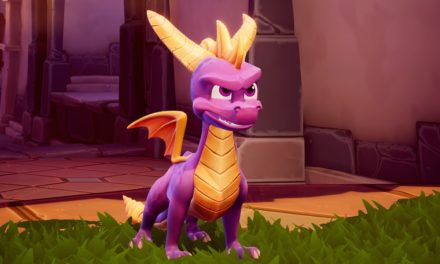 ‘The Shape of Water’ a Mesmerizing Masterpiece