Today, over one million international students live and study in the U.S., but following the nationwide wave of university closures, many have been struggling to leave in order to comply with visa requirements. The U.S. government must grant an extension of stay for all international students who have applied for non-frivolous reasons.

Government agencies are well aware that international students are subject to rigid timelines and strict regulations. To not grant leniency in this situation, then, would be an abuse of power.

Most international academic students carry a term-specific F-1 visa, which allows them to remain in the U.S. as long as they are actively making full-time progress toward a degree. It also grants them the option to apply for an Optional Practical Training, which secures legal work and residence in the U.S. for up to three years after graduation. After their authorized stay is over, international students have three options: transfer to another educational program, change their non-immigrant status to another non-immigrant or immigrant status, or leave the U.S. entirely. Many students, however, lack the proper paperwork that authorizes the first two options, and are otherwise unable to switch their visas to a status that would entitle them stay longer. This leaves them with only one impossible option: leave the country during a pandemic.

The U.S. government’s expectation that students should depart the country in this climate is negligent. With little to no options, students may feel pressure to leave in any way possible, compromising their safety in the process; affordable, safe transportation is a rarity now. In the past few months, airlines have cut regularly operating international flights as countries around the globe have closed their borders. Even though some exceptions exist for emergency, humanitarian or repatriation flights, the timing of those flights won’t meet the timeline for many international students. If unable to return home, there’s a small chance that international students could depart the U.S for another foreign country as visitors. But with hotels closed globally, how could they guarantee themselves safe places to stay? Student health and safety is on the line in the short term, but overstaying their visas could also hurt them in myriad other ways for years to come.

To comply with the regulations of the Immigration and Nationality Act (INA), these students must still leave the U.S. before the end of their authorized stay. Students who fail to do so incur unlawful presence. If such a penalty occurs, they could face deportation, or ordered removal from U.S. territory. What’s worse, those facing ordered removal are also barred from reentering the U.S. for up to 10 years or, in rare situations, permanently. This could permanently derail a student’s educational plan to fulfill any future U.S. career goals.

In a time when clear direction is needed to maintain safety and security, international students have been left with a confusing lack of guidance. U.S. Citizenship and Immigration Services (USCIS) is the government agency responsible for overseeing INA compliance. Until recently, USCIS had indirectly suggested that F-1 visa students should file to extend their non-immigrant status. Updates to their website were made in March 2020 to include F-1 visa students as one of the non-immigrant groups eligible to file for an extension. However, federal law permits them to do so only if they need more time to complete their studies than originally thought. Since they intend only to wait until international travel returns to normal, they face a perplexing choice between filing for an F-1 extension and applying for B2, or temporary visitor, status. The USCIS must resolve that dangerous confusion by assuring all F-1 visa students that if they opt for the former, their requests will be granted.

On April 13, updates were made to the agency’s policies, this time explicitly acknowledging that many travelers are facing “immigration-related challenges” due to the pandemic. The agency alert clearly directs those on a non-immigrant status, which includes international students on F-1 visas, to file for extensions or change of status. However, there are no guarantees that these extensions will be accepted, especially if it was filed under a potentially wrong category — “Extension of F-1 Stay” instead of change to “Temporary Visitor.” Given the looming, irreversible ramifications of a rejected application, international students have been left on unsure footing.

Nonimmigrants fighting to remain in the U.S. legally are generally protected from being inadmissible — or non-eligible for immigration benefits — under the INA for unlawful presence, providing that they apply for an extension before the end of their authorized stay. This applies to international students who cannot depart the U.S. on time and are forced to file for an extension. Filers may have to wait for up to eight months to have their applications processed.

With limited air travel and closed international borders, stranded international students are forced into uncertainty over their prospective immigration-related situations. These students will have to apply to extend their physical presence, take their chances and hope for the best during these turbulent times. With discretion, the USCIS will have to continuously assure the eight-month waiting time so that filers know whether their stay is legal. The USCIS must accommodate international students who are also facing this grueling, unprecedented natural catastrophe and grant an extension of stay for all who have filed non-frivolous applications. 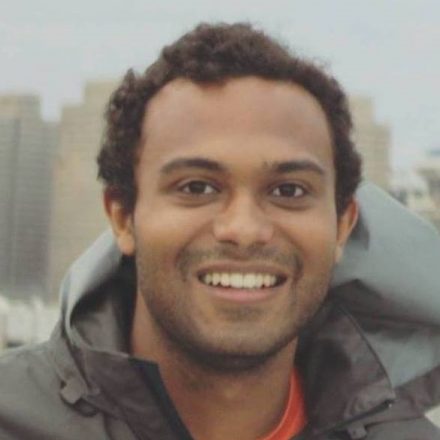 Asser Shahin (19L) is from Alexandria, Egypt and is a recent graduate from the School of Law. Before coming to Emory, he earned an M.D., and he now plans to start medical residency while combining his interests to affect healthcare policy. In his free time he enjoys backpacking, running and playing with his small terrier.