The Three-Fifths Compromise in Context 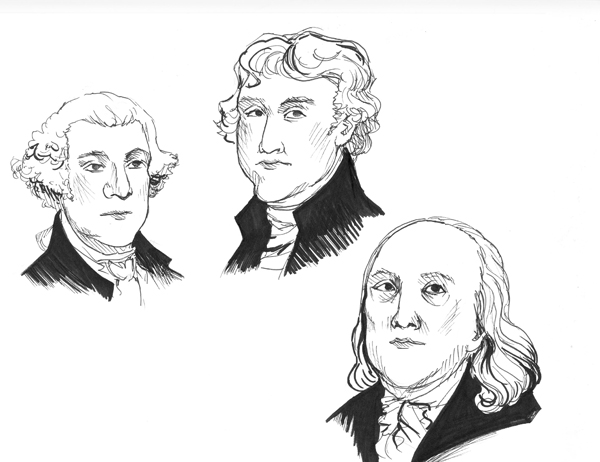 In the recent upheaval over President James Wagner’s comments, much ado has been made about the Three-Fifths Compromise. It has been treated with a great level of disfavor, and for understandable reason: it was, after all, a product of one of the darker portions of America’s founding history.

President Wagner’s comments definitely deserve to be criticized at the very least for being poorly-chosen politically. Given the amount of scrutiny he has been under in recent months, he should have chosen another example (like the creation of our bicameral legislature) that was less clouded by potential controversy.

However, if we’re going to be intellectually honest about our critiques of his statements, we have to do a better job of understanding the Three-Fifths Compromise. Over the last few weeks, I’ve watched as the Three-Fifths Compromise was handled with a great lack of historical context. This violates a cardinal rule of historical inquiry: in order to properly analyze or study a concept, one must understand its original significance within the context of the culture and time period that produced it.

In modern times, when dealing with issues such as racism and discrimination, modern liberal scholars tend to think of these concepts in terms of embedded systemic injustice or, in religious terms, systemic sin. The argument goes that there are structures and patterns of behavior in society that contribute to ongoing, even if unintentional, inequalities and injustices in the system.

When we apply this concept to our own American history, it becomes all too easy to simply point toward what is thought to be the systemic origins of the current injustice rather than comprehending that origin within its own native history and context. When we do this with racism, we can easily point toward the Three-Fifths Compromise as a source of racial injustice rather than consider it in its own time and place.

In the context of the Founders, however, slavery itself was the systemic injustice that plagued the early nation. Conversely, the Three-Fifths Compromise was their attempt at a solution.

After the Revolutionary War, the new American nation adopted the dysfunctional Articles of Confederation. This system, among other problems, apportioned only one representative in the national legislature for each State. This was completely distasteful to larger states and southern states: they felt that their larger numbers of people should warrant larger levels of power over national affairs. The Southern states wanted to count their slaves as full people as well: this would exploit their numbers to increase the states’ overall political clout without actually granting the slaves commensurate liberties or rights.

The northern states abhorred this idea and only wanted to count free people in representation. Not only would counting slaves have restricted their states’ power, but also the argument as suggested would have forced the Constitutional Convention to enshrine slavery in the new Constitution. The records of the Convention, as reported by James Madison, support the notion that the morality of the issue was also at stake in the deliberations: “[The Convention] thought it wrong to admit in the Constitution the idea that there could be property in men.”

This conflict not only saw the birth of our bicameral legislature but also the controversial Three-Fifths Compromise, which under Article I, Section 2 permitted the inclusion of “three fifths of all other persons” excluding untaxed Indians in final population figures used in calculating representation in the House of Representatives.

While the practice of slavery was allowed to continue under the new Constitution, the Three-Fifths Compromise prevented slave-holding states from fully exploiting their slave populations and gaining an unbreakable political monopoly. Frederick Douglass argued this point multiple times during his lifetime as an abolitionist, stating that the Three-Fifths Compromise was “a downright disability laid upon the slave-holding states” that served to deprive them of “two-fifths of their natural basis of representation.”

In combination with the Article 1, Section 9 clause preventing Congress from interfering with the “Migration or Importation of Such Persons” that the States saw fit until 1808, a restrictive framework was placed around the peculiar institution. In many of the Founders’ minds, 1808 was tantamount to a political expiration date for slavery. James Madison said as much in his 1810 State of the Union address: “American citizens are instrumental in carrying on a traffic in enslaved Africans, equally in violation of the laws of humanity and in defiance of those of their own country. The same just and benevolent motives which produced interdiction in force against this criminal conduct will doubtless be felt by Congress in devising further means of suppressing the evil.”

Unfortunately, the dream for such a clean resolution was left unfulfilled. It took several decades, and the political and economic pressures that culminated in the Civil War, to finally end it. Even then, the entrenched racism that resulted from prolonged centuries of race-based slavery persisted for decades more.

Some have argued that this violent outcome means the Three-Fifths Compromise was ultimately a failure. But does that mean we should automatically vilify the Founders efforts to end slavery? I think not.

Many founders, most famously Thomas Jefferson and George Washington, owned and maintained large numbers of slaves as a part of their households. They were, in modern terms, complicit in the unjust system. However, despite their ownership of these slaves, a large number of the founders still saw the peculiar institution as the evil that it was.

Washington, in a 1786 letter to Robert Morris, wrote that “There is not a man living who wishes more sincerely than I do, to see a plan adopted for the abolition of it [slavery]” (Washington’s will directed that, upon his wife’s death, his slaves be freed and supported financially out of his estate).

Other founders recognized the ideological failure that slavery represented for the American legacy. John Jay wrote in a letter to R. Lushington in 1786, “It is much to be wished that slavery may be abolished. The honour of the States, as well as justice and humanity, in my opinion, loudly call upon them to emancipate these unhappy people. To contend for our own liberty, and to deny that blessing to others, involves an inconsistency not to be excused.”

If we set our own modern sensibilities aside and try to understand the original context of the Founders, we can see that they were trying to attack the moral and systemic evil of slavery while still preserving the fledgling United States. Given the difficulty of the task, it might be more appropriate to view the Three-Fifths Compromise not as a reprehensible blot on America’s racial history, but an honest (if imperfect) attempt to combat the evil of slavery.