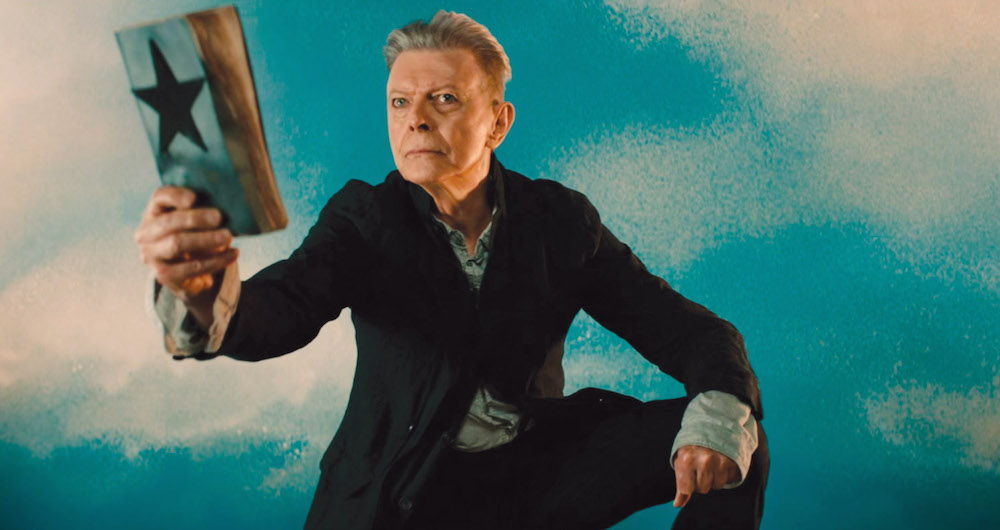 Hailed, by The Times as potentially the “oddest work yet from [Bowie],” and by Rolling Stone as his “best anti-pop masterpiece since the seventies,” it’s no secret that David Bowie’s Blackstar has ignited some and bewildered others. A jazzy, densely artistic diversion from much of his earlier work, Blackstar (and its seemingly cryptic lyrics) was baffling at first. However, Bowie’s unexpected death on Jan. 10, two days after the album’s release on his 69th birthday, snapped much of its meaning into gravely clear focus.

As for Blackstar‘s tracks, there are only seven, and each is radically different and uniquely artistic in its own way. The lyrics of the musically sparse “Girl Loves Me” are written in a combination of Polari, a slang lexicon associated with the 20th century gay subculture in Britain, and Nadsat, a language used by teens in Anthony Burgess’ A Clockwork Orange. “‘Tis a Pity She Was a Whore” is saucy and hasty; “Sue (Or in a Season of Crime),” is a fantastic rework of the noir ballad originally released on Bowie’s compilation album, Nothing Has Changed.

The title track, “Blackstar,” is its own beast. The song is 10 minutes long, set to a perplexing video in which a young woman stumbles upon a discarded space suit and, finding a jewel-encrusted skull inside the helmet, engages in what appears to be pagan worship with a group of other women. Other strange things happen, and the lyrics are just as perplexing:

“How many times does an angel fall?

How many people lie instead of talking tall?

He trod on sacred ground, he cried loud into the crowd

Countless rumors are circulating around the internet regarding its meaning. Some insist it’s about Earth’s imminent collision with the supposed Planet X (aka Nibiru), and the album’s saxophonist, Donny McCaslin, said, “He told me it was about ISIS.” The ISIS claim was news to Bowie’s producer, and one Redditor suggested that McCaslin might’ve misunderstood Bowie’s reference to the Egyptian goddess and protector of the dead, Isis. “Blackstar” appears to be the kind of surrealist, cryptic work that demands an intimate, if not private, understanding of the artist in order to fully decipher the song.

Other tracks on Blackstar are notably less cryptic in fact, quite the opposite in light of Bowie’s recent passing. Throughout “Dollar Days,” which is full of the jazzy saxophone that flows through the album with varying prominence, Bowie rasps:

Push their backs against the grain

And fool them all again and again

Don’t believe for just one second I’m forgetting you

It’s lyrics such as these that’ve become so emotionally charged since Jan. 10, as we’ve literally watched the meaning of lines like “Don’t believe for just one second I’m forgetting you” transform from lyrics in a song to part of an artist’s deliberate last words to his fans.

The music video for “Lazarus” features Bowie in an infirmary bed, gauze over his eyes, as he sings, “Look up here, I’m in Heaven” and, “This way or no way/You know I’ll be free/Just like that bluebird.” Knowing what we know now, hearing Bowie sing these words and seeing him unable to rise from a (albeit stylized) hospital bed is nothing less than heartbreaking.

While many artists write lyrics that apply to our lives and hold meaning for us, it is a rare treasure to glimpse the candid humanness of an artist as we do with Bowie, listening to his thoughts regarding his own death — essentially listening to him deliver his own eulogy. It’s painful, yet beautiful, to hear Bowie’s words in Bowie’s voice and know exactly what they’re referring to.

The album ends with “I Can’t Give Everything Away,” which has a warm, loving sound and its most musically beautiful track. In the beginning, it features harmonica taken from Bowie’s “A New Career in a New Town,” a 1977 song about starting out fresh, and thus seems to suggest the idea of moving on.

There’s no doubt that Blackstar is a monumental finale to a monumental, five-decade career which bestowed that cherished Bowie-weirdness and classics such as “Space Oddity,” “The Rise and Fall of Ziggy Stardust and the Spiders from Mars,” “Heroes,” “Let’s Dance” (a personal favorite),”Under Pressure” (a collaboration with Queen) and so many, many more upon the world.

In a Facebook post following Bowie’s death, longtime collaborator and producer Tony Visconti wrote, “His death was not different from his life — a work of art. He made Blackstar for us, his parting gift.”

This, even beyond the album’s musical quality and ingenuity, is what makes it truly beautiful: a parting gift that shows us Bowie himself coping with his own mortality, letting us into an otherwise vulnerable, private world so that we could be part of his final emotional journey. That’s quite the gift.