‘The Shallows’ Falls Off the Deep End 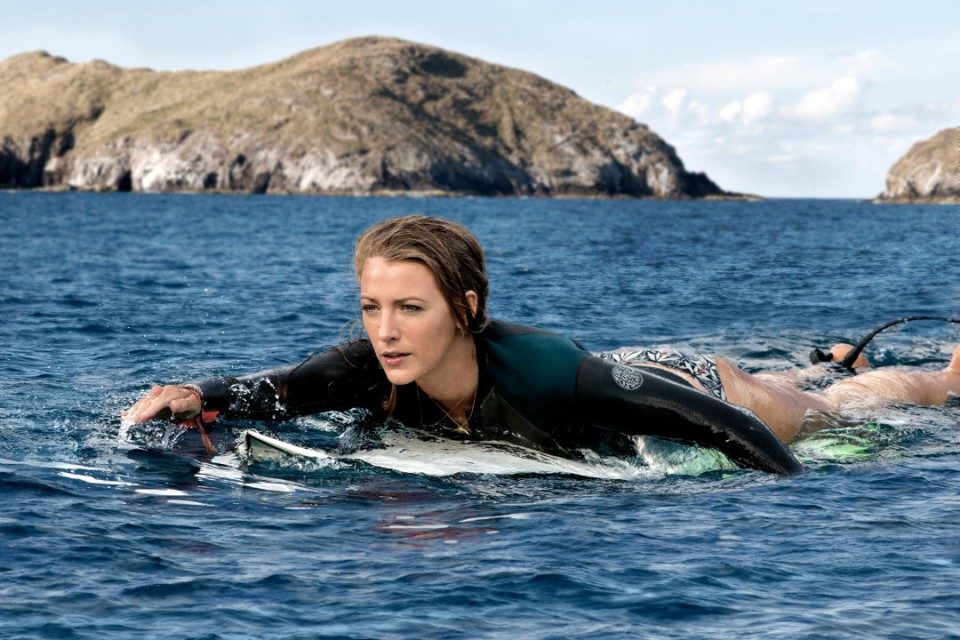 Although this surf flick has been referred to as “Jaws for the next generation” by several film websites, summer thriller The Shallows fails to live up to the reputation of the groundbreaking, man versus nature classic. This film turns out to be just what its title hints at: shallow. There isn’t much going on beneath the surface for the hour and a half of hyped-up shark and swimmer action.

The film’s loss of depth is partially because there’s only one main character, Nancy (Blake Lively), a young woman who becomes trapped on a rock encircled by a hungry shark. Without other characters to share the weight of the drama for the majority of the film, Lively’s performance seems to drag on at points, such as during the emotional video diary she leaves to her family. It may be better to repackage this film as “just another shark movie,” because comparing it to Jaws could set too high a standard.

The film’s beginning and plot setup is strong, adding context to what could be a simple, shark-versus-swimmer story. Although Nancy is essentially the only character throughout, she is likeable from the start, which makes rooting for her easy. She is portrayed as a smart, well-traveled girl trying to get away from her family after dropping out of medical school and to memorialize her dead mother. She comes to Mexico with a friend who is too hungover to come to the beach this fateful afternoon.

The background details of Nancy’s story pop up in screenshots of her social media posts and are made most clear during a FaceTime call with her younger sister, Chloe (Sedona Legge), that appears in large floating squares on the screen. For a film about sharks and water, the editors spent a lot of time creating holograms to explain Nancy’s backstory. Although it’s a new and clean way to incorporate the ever-growing field of smartphones and social media into movies, it ultimately looks strange and out of place, a detail better set in a Mission Impossible or Avengers film. But, the information that is relayed is necessary. Because Nancy is virtually alone the entire film, Refn relies on techniques involving Nancy’s phone and Nancy talking to herself and a friendly bird to foster dialogue.

As soon as Nancy hits the water, the film picks up. Seeing her surf is part of what you’re paying for, after all. Surfing is a mesmerizing sport, and even though she only spends about 15 minutes on the water before she finds herself in survival mode, the waves she catches look awesome. The film could have capitalized more on the art of surfing, but it’s understandable that the writers would want get to “the good part” quickly and introduce the shark. Seeing her in more active scenes, even with the shark present, would have strengthened the film and brought more of an adventure vibe rather than one of a seemingly doomed ending.

The great white shark attack happens quickly — and predictably, after the other surfers clear the beach — and Nancy goes out on her own to check on a dying whale. The attack looks realistic, thanks to modern technology, especially with the camera filming from the shark’s point of view. With that being said, much of the fast-paced filming makes The Shallows a bit difficult to watch and, at times, looks less professional. But the clear, tropical ocean creates a rare and welcomed change from the murky waters of Jaws.

Despite the clear waters and point-of-view filming, some plot pieces are less than believable even under the common practice of dispelling reality while watching a film. Although the shark looks real enough (though the old prop shark from Jaws could give this guy a run for its money), certain scenes seem too far-fetched. And so, there are a few “only in Hollywood” moments, including the gruesome moment when Nancy used her earrings to suture her shark-bitten leg and the skeptical outcome of a flare gun setting fire to both the water’s surface and a charging shark. Even with its share of surprises and shocks, including fire, jellyfish and self-surgery, the film’s ending is predictable. With an outcome that is either life or death, it doesn’t take much time to guess what Nancy’s fate will be.

Overall, The Shallows is a fine summer flick. There is suspense. There are beautiful beach landscapes. There’s a fit actress in a bikini. There’s even a shark. On the other hand, there is no twist ending or mind-boggling theme. Even though Lively spends the entire film playing the sort of badass survivalist that everyone only dreams they could be, there isn’t much else going on. The most surprising thing throughout is how Nancy’s luck seems to continually worsen — on top of the fact that she’s been bitten by a shark. Go see The Shallows if you like sharks, oceans, surfing or are scared of all three. But don’t expect too much more than what the title suggests, and definitely don’t allow it be a substitute for other summer classics, like Jaws.