‘The Recipe Hunters’ Travel the World to Document Traditional Recipes 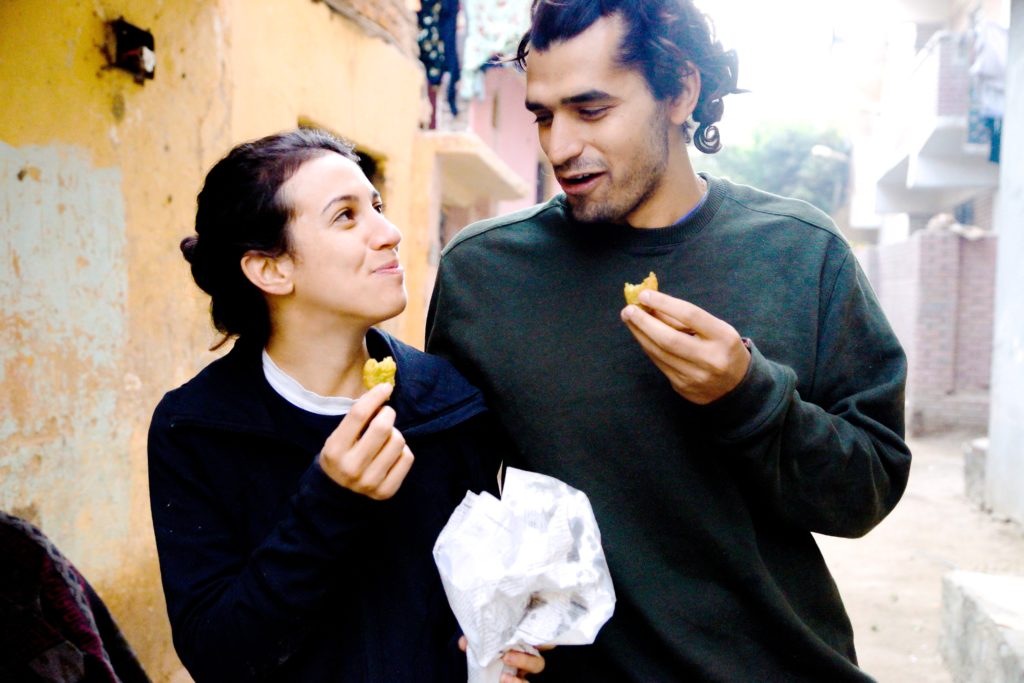 Leila Elamine (07Ox, 09C) and Anthony Morano (08B) founded The Recipe Hunters, the blog that they documents traditional recipes around the world./Photo courtesy Leila Elamine

In 2013, at the Red Lion bar in Manhattan, N.Y., Anthony Morano (08B), then working at a startup called Huli, asked Leila Elamine (07Ox, 09C) to dance. Elamine was visiting a friend in the area at the time. The pair did not know each other while at Emory and, despite her initial hesitation, she agreed to dance. Little did they know, the dance would eventually lead them to become friends and co-create The Recipe Hunters, a blog that documents “artisan food processes and traditional recipes around the world.”

Over the last five years, Elamine’s and Morano’s work has taken them to 7o different cultural communities in 15 countries, all in the pursuit of documenting endangered, traditional culinary practices.

Prior to establishing The Recipe Hunters, the pair moved to Chicago in 2014 as the city was on both their bucket lists. Elamine and Morano said they wanted to try out new things. Elamine became a cheesemonger, or artisan cheese specialist, while Morano worked in an ice cream shop.

While at Emory, Morano was the starting goalie for club soccer and a volunteer for Emory Best Buddies, an organization providing opportunities for the disabled, and the Boys and Girls Club. Before becoming a “Recipe Hunter” and after graduating with a bachelor’s in business administrations and finance operations management, Morano had co-founded and worked as chief operating officer at Huli, a Costa Rican-based healthcare technology company, from 2011-14.

Elamine graduated with a bachelor’s in psychology and was a member of Delta Delta Delta sorority, Aural Pleasure acapella group and Student Senate. After Emory she worked as a human cancer researcher at the Massachusetts General Hospital. She said that listening to her ailing patients’ regrets inspired her to take a sabbatical from work to pursue her creative abilities.

“One of my patients … on the last night that I saw before he died … he said, ‘Leila reach for the stars … say yes to everything, just tackle life. Get it,’” Elamine said.

In July 2014, after three months in Chicago, The Recipe Hunters embarked on their first journey, to Norway, with no set plans for room or board.

“We booked one-way tickets and it was like … ‘We’ll figure it out from there,’” Elamine said. “We went couch surfing for the first week. We searched for farms that wanted to work with us.”

For nine months, Elamine and Morano volunteered at a dairy farm in exchange for room and board in the city of Bamble, Norway. To discover endangered, traditional recipes, they began asking locals and knocking on doors in hopes of finding and documenting locals renowned for their traditional cooking.

Through word of mouth, The Recipe Hunters eventually found Godt Brød Grünerløkka, a small artisan bakery in the neighborhood of Grünerløkka in Oslo, Norway. Kristian Magnus Sie Skogsta, an employee at the bakery who is renowned for his baked goods, taught them to make Bestemor bread, a nutty and coarse loaf, which became the first recipe that the two documented.

They began documenting cultures often misrepresented in mainstream media, with a focus on indigenous women. Their work eventually became the foundation for the Culinary Heritage Co., their nonprofit that seeks to preserve and promote multiculturalism through different types of culinary media including short films, step-by-step recipes and journal entries that highlight specific travels.

“We really wanted to show people the average, daily person that was really doing something incredible in their community,” Elamine said. “[Our short films have] evolved to tell the human story through food … [and] keeping these old heritage processes alive.”

In 2015, while in the Spanish community of Galicia, the local newspaper La Voz de Galicia caught wind of their work. La Voz sent a photographer to document the pair’s recipe hunting activities, and their journey became headline news in Spain. At the time they were learning to make Pimientos de Padrón, the peppers which they harvested with a local of Herbon, Galicia Morano and Elamine plan to release a video about the trip soon.

“[After the article was published] we start getting calls from people inviting us into their home,” Morano said. “We couldn’t even fulfill all the invitations. … It was an overwhelming support from this region of Spain and the people and how they wanted to share their culture with us.”

In Wales in 2017, The Recipe Hunters met Nia Williams. Both were working closely with Slow Foods, a grassroots organization with the goal of preventing the disappearance of local food traditions, and found each other on the website. As a Welsh native, Williams held the recipe to Welsh Cakes, a local delicacy she had made with her grandmother since she was three years old. Williams later invited The Recipe Hunters into her kitchen. Williams’ recipe differs slightly from the common Welsh Cake, as her grandmother’s recipe calls for lard and butter rather than just butter.

“[Elamine and Morano] were really enthusiastic about small food producers and the heritage of cooking, and you can see that in the films they did in Wales,” Williams said. “What they’ve done for food production and food heritage in Wales is really highly regarded … and I don’t think they realize the work they have done”

Elamine is responsible for all media footage for The Recipe Hunters and creates all their films. The films showcase step-by-step tutorials of the recipes guided by the local resident who hold the recipe.

Among all of their worldwide culinary discoveries, Elamine and Morano both identified pulque, a pre-Aztec Mexican alcoholic beverage, as the most intricate recipe they have made. From planting the seeds of the maguey plant to drinking the finished pulque, the process take 10-12 years. The difficulty of the extraction process requires a specialist called a tlachiquero. The final product is a fermented milky colored, mildly sweet tasting drink.

“We had to work with all of these different farmers to get [the plant at] all of the different stages,” Elamine said. “So we would have to travel around and find plants that were at the right stage to document.”

Elamine currently runs the day-to-day operations of The Recipe Hunters while Morano finishes his MBA at The Wharton School of the University of Pennsylvania. Though Morano, who manages much of The Recipe Hunters’ financial matters, intends to continue contributing to the project, he is unsure whether he will continue travelling after graduation.

As The Recipe Hunters continue to document endangered, heirloom culinary practices from around the world, Elamine advises Emory students to take a leap of faith and explore their passions.

“Take some time from your life and put it to the side, and explore your passions and your interests,” Elamine said. “The things that you’ve always thought about doing or, in your heart, have kind of poked up every once in a while … go after them … because you’ll regret it if you don’t.”