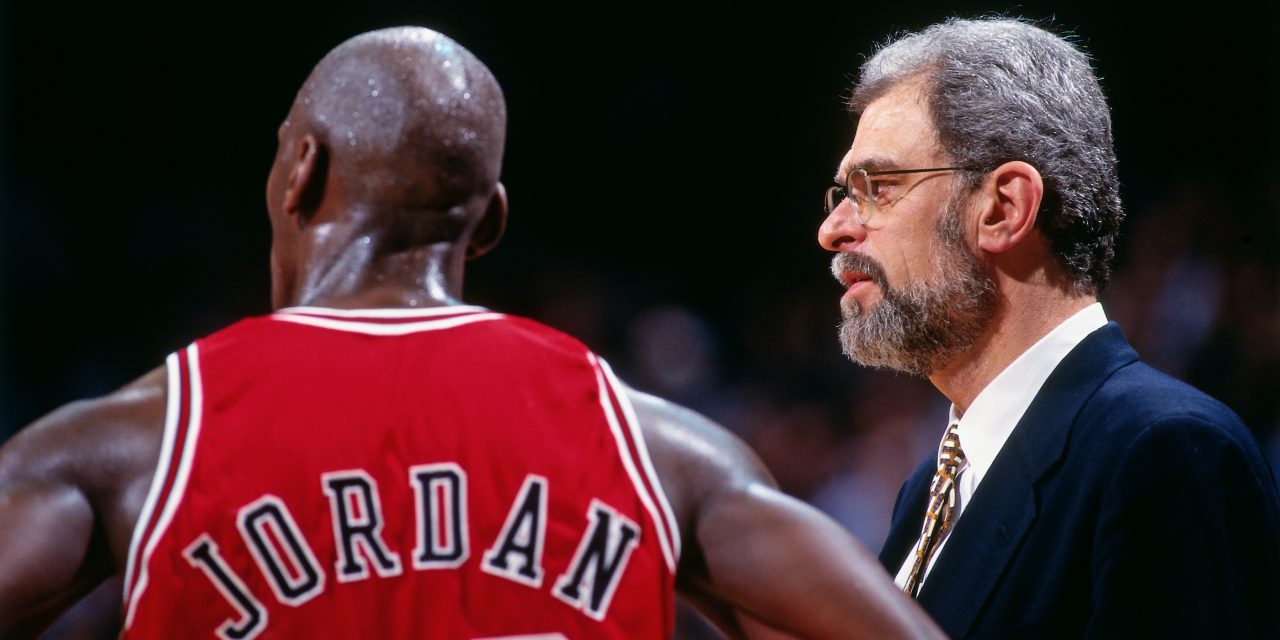 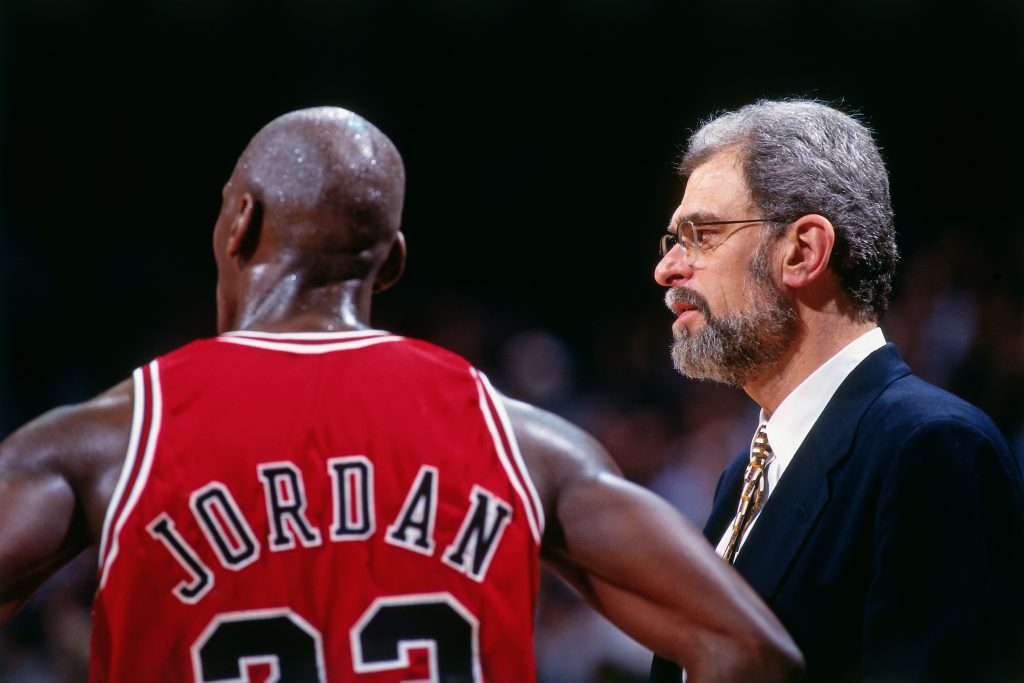 Celebrities typically choose to keep certain aspects of their personal life just that — personal. The seventh and eighth installments of the 10-part “The Last Dance” series peel back every layer of Michael Jordan’s not-so-personal life. In one layer, there’s the master at work, steamrolling any and all players and teams in his path. In another, there’s the trash-talking, demanding bully. Yet still underneath that, there is a lifelong love for baseball and a son grieving his father’s death. In the span of two episodes, we see Jordan in tears, exuberant and dangerously infuriated. “The Last Dance” shows us every iota that went into making Jordan, Jordan. Here are the highlights of Episodes 7 and 8.

It was a story heard round the world: the greatest basketball player of all time retires at the height of his prime to play minor league baseball. To many, it was incomprehensible; why and how Jordan walked away in that fashion was utterly shocking. Yet, with a closer look at the basketball legend, the decision may not be as surprising. Episodes 5 and 6 laid the groundwork for Jordan’s retirement from the game in 1993, but Episodes 7 and 8 dive further into Jordan’s rationale.

For starters, Jordan was exhausted. He had accomplished everything he set out to do and personally saw no more obstacles to conquer. In a meeting with Chicago Bulls head coach Phil Jackson, Jordan confessed that he was done with basketball, that he could not continue. Jordan admitted to Jackson, after winning three consecutive championships, “I have no more challenges.” Jordan’s competitive fire and desire to win were extinguished, for Jordan felt that he had achieved everything there was to win.

The other, and perhaps largest, factor in his retirement was the July 1993 murder of his father, James Jordan. James and Michael were inseparable; everywhere Michael went, James was with him. In the photos of Michael celebrating his first three titles, James appears in almost every single one. Losing his father was devastating, and Michael’s grief was only exacerbated after the media brazenly, and without evidence, connected the murder to Michael’s gambling habits. James was undoubtedly a constant presence in Michael’s career, and without him Michael lost much of the desire to step onto a basketball court.

After his retirement, Jordan signed with the Chicago White Sox to play baseball. Jordan loved baseball and in the documentary revealed that he had multiple conversations about playing baseball professionally with his father before James’ death. Jerry Reinsdorf, the owner of both the White Sox and the Bulls, signed Jordan and assigned him to the Double-A Birmingham Barons, the second tier in minor league baseball. Jordan’s baseball career, though, was an up-and-down affair — he started with a 13-game hitting streak, followed by a weeks-long slump. Still, after not playing for 14 years, his batting average was over .200 by the end of the season.

At Jordan’s retirement press conference, Reinsdorf said Jordan “is doing exactly what he wants to do. And I’m absolutely convinced that he’s doing the right thing.” Jordan might have robbed the world of his basketball talents, but that break seems to have been his saving grace. After 17 months of retirement, Jordan returned to the Bulls in 1995 more energized and determined than ever before.

Many opposing players attempted in vain to get inside Jordan’s head. This strategy, however, only led to Jordan becoming more motivated to win. He would use any slight against him — real or fake — as reason to embarrass his opponents.

In 1995, during his return season, Jordan wore a No. 45 jersey, ditching his iconic No. 23. During the episode, Jordan said, “I didn’t want to go to No. 23 because I knew my father wasn’t there to watch me, and I felt it was a new beginning.” He stayed with No. 45 throughout the season and into the playoffs. In the Eastern Conference finals, the young Orlando Magic beat the Bulls in Game 1. Down one late in the game, Jordan had the ball stolen by Orlando guard Nick Anderson, and then threw it away on the next possession. After the game, Anderson told reporters, “45 isn’t 23.” The next night, Jordan walked on the court wearing No. 23 and shredded the Magic for 38 points.

The most victimized player of Jordan’s antics was Washington Bullets’ LaBradford Smith. ESPN reporter David Aldridge reminded “The Last Dance” filmmakers of the night in 1993 when Smith, a second-year player on a dismal Washington Bullets team, scored 37 points on Jordan. As Smith was leaving the arena, he found Jordan, put his arm around him and said, “Nice game, Mike.” The next night, the Bulls played the Bullets in Washington. Jordan told teammate B.J. Armstrong that he would match what Smith had the previous night in just the first half. With Smith guarding him, Jordan scored 36 in the first half, and Armstrong admitted, “I’ve never seen a player go after another player the way he did.”

The kicker? Smith never said anything to Jordan. Filmmakers asked Jordan if Smith had said a word to him after the game, to which he responded, “No, I made it up.” Jordan was a serial trash-talker, determined to dominate his opponents both physically and mentally. He thrived off any semblance of provocation, and when there was none, he fabricated it himself. He needed a reason to compete, and when that didn’t exist, he created it for himself.

Jordan’s return to basketball in 1995 ended unceremoniously. The Bulls were eliminated from the playoffs by the Magic in the Eastern Conference finals, an ending which incensed Jordan. He had also not yet seen the killer championship instinct in many of his new teammates who had not been on the team for the first three championships, so he took it upon himself to bring them to his level. His methods for doing so, however, were not so welcomed.

Before the release of the “The Last Dance,” Jordan feared some of the footage would make people think of him as a “horrible” person. He knew he was tough and demanding of his teammates, which practice footage of him berating teammates corroborated. The documentary highlights two instances where his leadership style approached levels of bullying and infighting.

Steve Kerr, the current head coach of the Golden State Warriors, played for the Bulls from 1993-1998. During training camp in 1995, Jordan was especially tough on his teammates, perhaps more so than normal. Still upset by the loss to the Magic, Jordan felt he needed to put his teammates through the ringer so that they would be prepared for any obstacles that came their way. In one practice, Jordan and Kerr were matched up against each other. Jackson was calling too many soft fouls, in Jordan’s opinion, and Jordan responded by being even more physical toward Kerr. He committed a hard foul on Kerr, and Kerr retaliated by pushing Jordan in the chest. Jordan came back with a punch to Kerr’s eye. Jackson kicked Jordan out of practice, and Jordan admitted to filmmakers, “I lost it for a second.” He apologized to Kerr, who holds no grudges. He actually thinks it was the best thing to happen to him, telling the documentary crew, “It was like, ‘All right; we got that out of the way. We’re going to war together.’”

Although Jordan went after everyone, he was especially brutal with teammate Scott Burrell. The documentary devoted a large chunk of time to highlighting just how mean and insulting Jordan was to Burrell. There are multiple clips of practices where Jordan would go on profanity-laden tirades, chastising Burrell for any mistake he would make. Unlike Jordan’s other teammates, Burrell never broke or gave in, which only inspired Jordan to go after him harder. “I tried to get him to fight me a couple of times, in a good sense,” Jordan admitted. Jordan’s obsession with winning left little room to be the nice guy. Teammate Will Perdue went so far as to say, “Let’s not get it wrong. … He was a jerk. He crossed the line numerous times.”

Nonetheless, every teammate of Jordan’s felt they were better off because of it. Perdue finished that statement with, “But, as times goes on and you think back to what he was trying to accomplish, yeah, he was a hell of a teammate.” Burrell himself says, “You want to live up to that challenge. It’s tough, tough love, but you’ve got to go out there and do your job.”

The detailing of Jordan’s heckling morphed into the moist poignant two minutes of the entire series. After minutes of seeing Jordan attack teammates in the 1990s, he held back tears while interviewed in the present day. Episode 7 ends with this monologue from Jordan:

“You ask all my teammates, the one thing about Michael Jordan was, ‘He never asked me to do something that he didn’t [expletive] do,’” Jordan said. “When people see this, they’ll say, ‘Well, he wasn’t really a nice guy. He may have been a tyrant.’ Well, that’s you. Because you never won anything. I wanted to win, but I wanted [my teammates] to win and be a part of that as well. Look, I don’t have to do this — I’m only doing it because it is who I am. That’s how I played the game. That was my mentality. If you don’t want to play that way, don’t play that way.”

Jordan’s reputation is not by any means perfect. It has many stains, but out of Jordan’s brutality came greatness. While his methods were intensely unorthodox, without them there would be no championships, no superstar — no Michael Jordan as we know him.