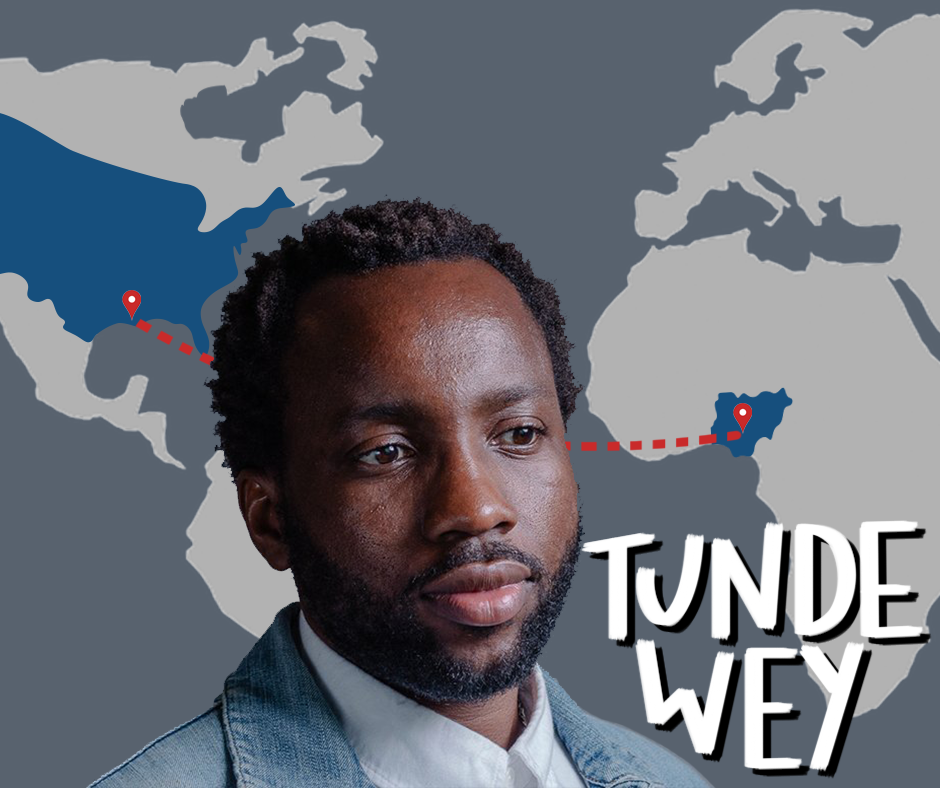 For most people, trying to tackle the racial inequity in health care is a multi-faceted problem, complicated by numerous factors like race, socioeconomic status and inadequate accessibility. But for Tunde Wey, a Nigerian chef and founder of BabyZoos, his solution was simple: applesauce.

Wey’s start-up company, BabyZoos, sells applesauce to hospitals and transfers the profits back to local ventures promoting health and wellness. But there’s just something more: hospital systems willing to participate must pay a premium, five to six times more than the normal price, for the applesauce. For him, the premium serves not only as an investment in the living wages of local workers but also as reparation for slavery and its role in amplifying economic and health inequity for African Americans throughout American history.

This story markedly reflects the political nature of food, leaving no doubt that the two are closely intertwined. As humans, the stories we tell are passed down from culture to culture and region to region, twisting and omitting parts of the narrative. Though food is not untainted in this oral history, food paints a story more lucid than any textbook, laying out the light and dark side of human existence — human migration, innovation and globalization to colonialism, slavery and imperialism. Food is inherently political, and that is undeniable. But when we demand precision and correctness in food just as we would from politics, we diminish the power of food as something so intimate, so personal and so abstract.

A deeper dive into Wey reveals one of his most revolutionary dinner events called Hot Chicken Shit. But while his home-cooked dinner is free for Black residents in the neighborhood, white visitors must pledge $100 for one piece of chicken, $1,000 for four and a deed to a property in North Nashville for a whole bird. His goal? To end gentrification. People laugh at the outrageous concept.

“But the problem is outrageous,” he told GQ magazine. “I thought I’d come up with an equally outrageous plan to fix it.”

Wey weaves food and politics together into works of activism, intertwined with rhetoric bordering absolutism. At his New Orleans lunch stall, Wey asks white people to pay two and a half times more for their food to represent the income disparity between white individuals and people of color. In Ann Arbor, Michigan, white customers participate in a simulation of random wealth distribution, where some diners received lunch and others got empty boxes. In doing so, Wey criticizes these systemic inequalities plaguing the U.S. and demands change.

Instinctively, I found his idea ineffective. His solution to racial inequities seemed simultaneously too simple and too extreme. It didn’t make sense to me why anyone would agree to pay such egregious amounts for a plate of chicken and some sides when they could easily get the same quality meal for a cheaper price somewhere else. But then it hit me: it isn’t fair. His meals, overpriced as they are, mimic the real world. The uncomfortable reality is that the median Black family owns less than 10% of the wealth of the average white family. During the pandemic, unemployment rates have disproportionately affected Black workers.

But what confuses me more is his willingness to accept people’s consumption of his dinners as a Samaritan act.

“White folks will consume me,”  Wey said in an interview with GQ. “They will consume my work and feel gratification for being abused or however they perceive it. But the implication that I’m here to do a service, which is to make you uncomfortable… That’s such an egocentric response. It’s not about you. What I want is racial equity. The discomfort is just something that happens along the way.”

How do we reconcile discomfort with change? Can we implement one without the other? I’m not sure. People know about discrimination and disparity; certain groups in society profit off of it every day. A two-hour dinner and a confronting conversation later, we walk away believing progress has been made because we’re talking about it. Does that justify our lifestyles, which are willingly complicit in a messed-up, corrupt system? Though Wey’s plans are well-intended, what if his mission is destined to fail? If we dismantled the system as he suggests, what untainted version can take its place?

Whether we like it or not, food delivers a powerful political dialogue. It’s political when your favorite dishes from home suddenly shift from being shamed by your classmates for smelling weird to being popularized and commodified into foods like “pineapple chicken” that claim to be authentic. Wey’s message is about equity; my experiences have centered around appropriation. Nevertheless, the core concept is the same food is more than the dish itself, but a story brimming with dialogue. Food is a window into culture, life, character and personality. But even then, even when I am frustrated and ashamed that people turn their noses up at my food because it smells weird or it’s “stinking up the hallway,” I still wonder if this radical politicization is standing in the way of allowing us to continue to enjoy food.

Across the world, people have their own words to describe the nostalgic feeling of home-cooked food. In Arabic, it’s “nafas,” loosely translated to English as “spirit.” For the most part, these words illustrate the intangibility, the almost divine way in which a cook imparts their stories and their emotions through their food. But nafas isn’t used for world-class chefs or professionals — it’s about intimacy and love. Perhaps it’s dipping your fingers in sauces and getting your hand swatted away or watching your mother fold dumplings at the kitchen counter. This is the part of food that seems to be forgotten when we’re politicizing it and turning it into a weapon in order to wage war on society’s injustices.

Though food may serve as the quintessential conductor for Wey’s mission toward racial equity, the dissonant conversations I imagine Wey has with his diners seem to also take the pleasure out of eating. The presence of your food — its message and its history — are all glaring back at you. As a patron, you have no choice but to confront the discomfort and attempt to break free. Even that idea of freedom is ironic because there’s no way to disassociate yourself and retreat ever again.

Food is as simple as it is complex. Whether it’s a memory or some fleeting moment of ecstasy, those feelings get taken away through politicization, replaced with questioning, hesitation and criticism. Ultimately, it reduces the capacity for someone to live a pure food experience. At the same time, it’s worth remembering that, like all culture, food is inevitably shared, evolved and recreated. I believe food is food not just the stories it tells, but the stories it makes. Sometimes, if just for a moment, food is an engine of enjoyment and a flame of passion. This isn’t to say that we should cut ties with the past or pretend it didn’t exist; instead, maybe it’s worth seeking a little bit of solace or reprieve to rebuild our food narrative in the present and for the future.

To be clear, I don’t have a definite answer to my ponderings. In fact, this piece itself is contradictory and perhaps a little confusing. Nonetheless, I encourage you to read about Tunde Wey, if not to construct some ideas of your own.