The Opiate Crisis is 2016’s Most Underrated Campaign Issue 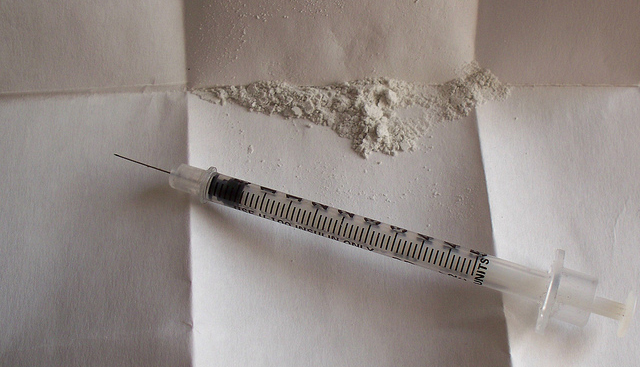 The internet was set ablaze over the weekend by emotionally jarring photos of an Ohio couple on the brink of death in the front seat of their Ford Explorer, their four-year-old son watching helplessly from his carseat — they had overdosed on heroin. Facebook users were furious, and I do concur that this is a profound tragedy. Two lives were almost lost that day (revived only by Narcan, a lifesaving overdose drug), and their child will likely bounce around the foster care system for years to come. I understand that the instinctive urge many possess is to condemn the parents; however, I must implore more careful consideration of the nuances of the problem at hand and the context within which opiate addiction occurs. This scourge besets millions of Americans, both directly and indirectly. Should a presidential candidate propose substantive and sympathetic action on the national stage, there could be considerable political capital to be gained in the key swing states that will likely decide the election in November — Ohio, Pennsylvania and New Hampshire.

The contemporary opiate crisis is not America’s first; however, it has given rise to a unique brand of addiction, one that lacks a specific demographic face. For the first time in modern history, we are witnessing a drug epidemic that transcends every previously-established norm. Female users outnumber male users. White users predominate minorities. Young people abuse at rates no higher than those that are older. The epicenter is no longer the inner city; instead, it is our suburban and rural areas. Unlike the crack-cocaine epidemic of years past or even the heroin woes of the 1960s (an epidemic characterized by use among poor city-dwellers), the current onslaught of overdose deaths has taken the lives of high school quarterbacks of suburbia, blue-collar workers of Appalachia and high-powered urbanites of Manhattan alike. It is for exactly this reason that Washington power-brokers can no longer dismiss the problem as yet another symptom of urban decay — the cause of the nation’s heroin pestilence runs much deeper than that.

For well over a decade, a public health disaster has been silently burgeoning. Years of ignorant, and oftentimes reckless, prescribing practices by American physicians have allowed millions of people to fall victim to prescription painkiller addiction, inevitably precipitating in the most devastating heroin crisis that this country has ever experienced. To put things in perspective: at the height of oxycodone and hydrocodone distribution (2008-2014), over 200 million scripts for these powerful analgesics were filled by commercial pharmacies each year — enough to supply a bottle to every adult in the United States. Over months or years of sustained use, tolerance skyrockets and the body demands higher doses delivered at regular intervals. The newly-hardwired brain, the reward system of which has been fundamentally changed by the drug’s chemistry, considers opiates to be on the same level of importance as food or water, triggering the dependency that now affects over 2.1 million Americans and has made drug overdose the leading cause of accidental death in this country. In turn, rates of injection drug use have also skyrocketed, with many who abuse painkillers converting to oxycodone’s chemically-avuncular counterpart, heroin, due to a much cheaper high. Of the 600,000 that struggled with heroin dependency in 2014 and approximately 30,000 that died from opiate overdose, 80 percent  started out using prescription opiates.

Indeed, while easy access and high levels of physician-patient trust can largely account for addiction in relatively wealthy suburban areas, the reasons that blue-collar America has been hit the hardest are largely structural. The ongoing outbreak is the culmination of decades of systematic governmental neglect of Middle America and the blue-collar working class; it is unique in that it is a distinct hybridization of many of the most salient issues of the 2016 election. As traditional manufacturing jobs flooded abroad with the 1994 ratification of the North American Free Trade Agreement (NAFTA), Rust Belt towns whose entire identity once revolved around blue-collar industry faced unprecedented economic depression that still persists to this day. All that remains is an entire generation of Americans whose agency has been fundamentally altered, their sense of purpose eroded by perpetual joblessness and the possession of skills no longer in demand. Their bodies, ravaged by chronic pain resulting from years of manual labor, received second-rate care through underfunded Veterans Affairs, Medicare and Medicaid programs staffed with physicians who sought to cure persistent pain through indefinite opioid use. Once locals had become addicted, the increased demand for prescriptions was met by for-profit “pill mills” willing to write a script for anyone with a pulse, operated by the sleaziest of medical practitioners. Throughout this entire period, the Food and Drug Administration (FDA) neglected to adequately regulate these narcotics, all while Purdue Pharma worked tirelessly to ensure that every doctor in America was familiar with the miracle benefits (and none of the side effects) of their newest smash hit, Oxycontin.

The current situation is an amalgamation of both government action and inaction, and Congress has an obligation to act. There is no doubt that in recent years a bipartisan tide of reformers has emerged in the House, Senate and statehouses alike, yet much remains to be desired from our nation’s stewards in Washington. In July, President Obama signed into law a landmark piece of legislation, the Comprehensive Addiction and Recovery Act (CARA). The provisions included in CARA are an immense step in the right direction — diversion of low-level drug criminals into evidence-based treatment programs, expansion of methadone and buprenorphine therapy and expanded access to lifesaving Naloxone (also known as Narcan) — but one glaring issue remains: the bill lacks a funding vehicle. All of these programs will be subject to Congressional scrutiny yet again during an assuredly-contentious budget process this fall, leaving the immediate fates of the programs entirely up in the air. Funding uncertainty aside, CARA would be a much more effective bill if it were to more readily address prevention in the following ways:

One of the most striking takeaways from Sam Quinones’ 2015 investigation, Dreamland: The True Tale of America’s Opiate Epidemic, is that a visitor to virtually any small community in the Rust Belt will be hard-pressed to find a resident whose life hasn’t been touched by opiate-induced tragedy. Photos like those from Ohio that circulated around Facebook should humanize addiction, not encourage vitriol and stigmatization. The time has come for a fundamental transformation in the way that we as a nation address dependency and illicit drug use. It is high time for a presidential candidate to explicitly bring this issue, and their own comprehensive plan to provide relief, to the forefront of public discourse. By doing so, they will not only consolidate support among legions of wavering Rust Belt voters, but will also demonstrate that they are a true champion of blue-collar Americans that have been thrown to the wayside for decades. By pledging to take meaningful action and championing the idea that addiction is a product of biology and material conditions, not of some repugnant moral failure, both candidates would have nothing to lose and millions of Americans would have much to gain.

Matthew Ribel is a College sophomore from Chantilly, Virginia.