The Negative Effects of Straight-Ticket Voting 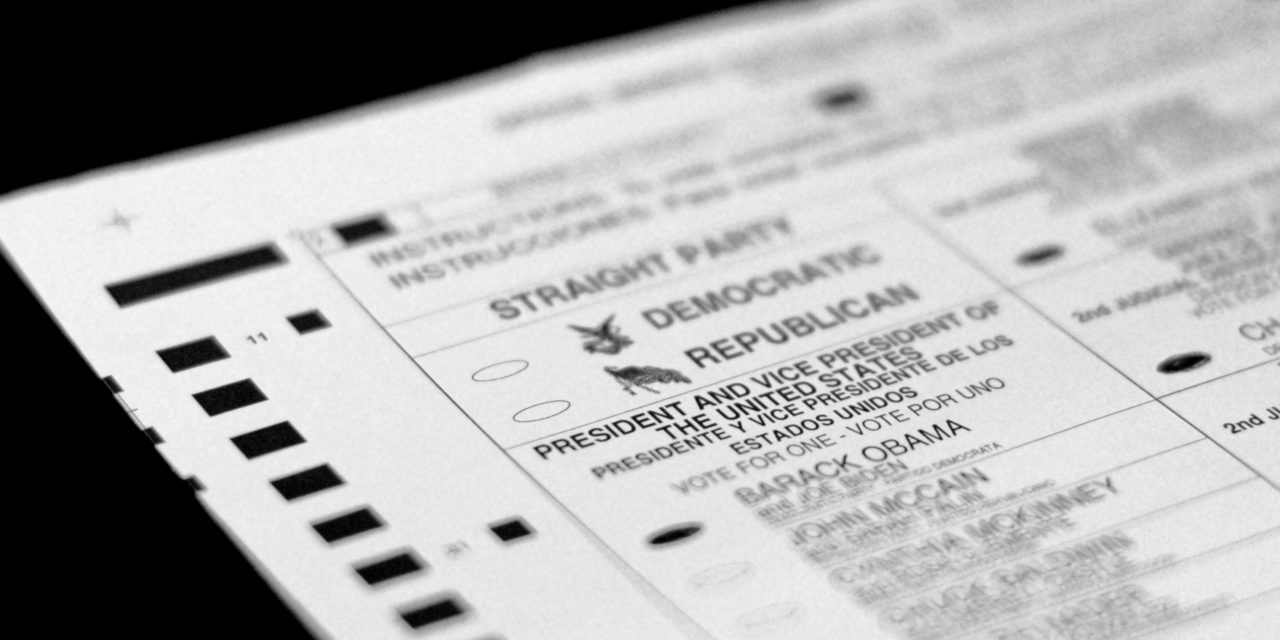 Thousands of op-eds during this election cycle focus on what is wrong in the United States — the disastrous primary season, the virtual breakdown of the GOP, fascism, socialism, Trumpism and everything in between. At the Carter Town Hall a few weeks ago, our 39th president, Jimmy Carter, named this election cycle “the most polarized since Lincoln’s.” And with the Trump Tape and the second debate seeming only to drive the wedge even further between the parties, some speculate that the Republican Party is headed for a total split. However, the complete lack of sanity on the national stage has led to neglect of an equally important political sphere. Voter turnout and education is incredibly vital in state and congressional elections this November, especially with new and potentially radical players on the stage.

Too often, the media’s emphasis on presidential elections leaves little room to scrutinize candidates for other offices, so voters know little more than a candidate’s party affiliation. Political ideology usually does not apply equally to all levels of government.  Liberal and conservative views may look distinctly different on candidates from disparate backgrounds. A vote for Mitt Romney the governor of Massachusetts is incommensurable from a vote for Mitt Romney the president of the United States. Candidates on a national stage usually pander to larger portions of the electorate, and try to sway the undecided, resulting in more generalized positions. Most officials even pivot from a primary election to the general contest to appeal to a wider variety of voters. Consider the divergence in the Democratic presidential primaries: Bernie Sanders and Hillary Clinton hail from the same party but maintain varying beliefs.

Unforeseen consequences of straight-ticket voting, the practice of voting solely based on a candidate’s declared party affiliation, include radicalized and polarized state governments, producing detrimental legislation that dramatically influences the everyday lives of millions of Americans. Last year, HB2 (or  “Bathroom Bill”) was passed in North Carolina. This legislation not only compels transgendered citizens to use the bathroom correlating with the gender on their birth certificate, but also allows businesses to refuse service to LGBTQ individuals for any reason. This spring, Georgia Gov. Nathan Deal vetoed nearly identical legislation after numerous corporations threatened to remove their business from Georgia were such a bill to pass. North Carolina is currently being sued by the United States Department of Justice over the controversial bill. North Carolina Gov. Pat McCrory intends to continue his support for HB2 if re-elected to office, while challenger Roy Cooper III, North Carolina’s attorney general since 2001, promises to repeal the bill. Trump publicly supported HB2 and has no intentions to take national action if elected. Clinton has remained lukewarm on the issue. In Michigan, Mississippi, Washington and South Carolina, similar bills have either been introduced to the House floor or are under debate. Alarmingly, bills such as HB2 often occur on a state or local basis, rather than from the oval office.

Legislation that affects the daily lives of students is written each term by unrecognizable names on a ballot. Democracy relies on notions that voters are educated on the candidates, that voters’ concern is not for parties, but  themselves and voters understand the consequences of elections. Although state elections lack the sexiness of mass media coverage and 24/7 fact-checking, the consequences of this lack of general knowledge could be devastating.  Legislation such as HB2 garnered no national opposition, its ratification relying totally on the hyper-conservative control of both state houses. Too often, voters assume mistakenly that ideological values apply synonymously to all levels of government. For example, fiscally conservative values in the national legislature frequently lead to necessary tax cuts, while the same values in state legislatures may lead to cuts on essentials such as education. Therefore, understanding subtle differences between candidates’ positions, regardless of party affiliation, is essential to a functioning state government. College students carry a unique responsibility to uphold their own values, even if casting their ballot in an unfamiliar state. This duty requires Emory students to vote with integrity, not lethargy. Voter education throughout all strata of every ballot is crucial to  progressing democracy and to a more fair and educated nation.

Grace Gruebmeyer is a College freshman from Hendersonville, North Carolina.