‘The Moors’ Shines With Character Depth

In the midst of total darkness, “The Moors” opens with a slow-building cacophony of bird squawks and screeches. This eerie atmosphere, which only grows as the lights come on and the characters seem to spontaneously appear onstage, persists throughout Theater Emory’s dark and daring play.

Directed by Matt Huff (97C) of the Theater Studies Program, “The Moors” is one of Theater Emory’s three fall productions. It was performed on Oct. 27 and 28, Nov. 1 and 2 and will be shown again on Nov. 6 and 7 in the Mary Gray Munroe Theater.

The play takes place on the titular English moors. It concerns the lives of two sisters, their maid and a dog, all of whom are affected by the arrival of a governess and a moor-hen, a type of bird native to the area. The main storyline follows the conflict between the two sisters as Agatha, the eldest, manipulates Emilie, the governess.

Throughout these storylines, “The Moors” shines when it relies on the strength of its characters. The talented cast flawlessly carries the weight of these complex personalities. As the cold and stern Agatha, Rosalind Sullivan-Lovett (19C) excels at creating an off-putting demeanor, which is juxtaposed with rare expressions of her deep unhappiness. The maid, who goes by Mallory, Marjory and eventually Margaret — changing names and identities to entertain herself on the dull moors — is played by Anna Harrison (21C) with a deadpan sarcasm that gives way to desperation and unbridled ambition as the play progresses.

Julia Byrne (20C) plays Huldey, Agatha’s fame-obsessed younger sister, delivering a mix of humor and sorrow that expresses how desperately Huldey craves attention and acceptance. Her portrayal is a highlight of the show. Huldey entertains every moment that she is onstage, even when relegated to the background.

Haley Ornstein (22C) portrays Emilie, a Jane Eyre-type governess who travels to the moors looking for love in the sisters’ older brother, Branwell. Ornstein is overshadowed in the first half of the play by Sullivan-Lovett and Byrne, but she gradually comes into the spotlight as the layers of Emilie’s character are peeled away. In the final scene, she and the maid adeptly deliver a suspenseful dialogue that characterizes the play as a whole, showing how little life can change even after trauma.

A subplot concerns a budding romance between the Mastiff (Jake Thompson, 20C), and a Moor-Hen (Carolyn Oursler, 22C), when the latter crashlands into the family parlor. Though the Mastiff and Moor-Hen have little interaction with the rest of the cast, their dynamic sufficiently supports their numerous shared scenes. Thompson draws attention as he waxes poetic in several dramatic soliloquies and, while Oursler has relatively little stage time, she makes the most of it with her eccentric characterization of the Moor-Hen. Oursler brings out the bird’s animalistic features while keeping the character relatable.

While the play is not a musical, it does feature several songs and contemporary dance numbers: Emilie, Agatha and Huldey each perform a musical number. Huldey’s stands out as a rock ballad that perfectly suits her theatrical personality. Byrne sells Huldey’s number with complete devotion to her character. However, the background music tended to drown out her vocals, which soured one of the best moments of the play.

The short, abstract contemporary dance numbers cultivate a gothic mood. Eerie lighting and music signify the beginning of each number and enhance their effect. The dances also transition between scenes as the actors move on and off stage, almost in a trance. These interjections don’t feel as necessary as the songs, but they are entertaining nonetheless.

Set in the center of the audience, the play’s stage configuration further enhances its themes of isolation and entrapment. The staging is used to great effect during Huldey’s musical number, wherein she breaks the fourth wall, acknowledging the audience as a crowd of fans, only to sink back behind it once her delusions pass. The confining setting becomes a recurring joke as Emilie notices that the same set pieces are reused for different rooms.

“The Moors” is ostensibly a period piece, yet it deals with modern themes. Its characters, although dressed in corsets and Victorian gowns still feel contemporary in their dialogue and mannerisms. Huldey’s struggle for validation resonates with modern audiences, and Mallory’s inconsistent identity and sarcastic humor make her seem like a citizen of the 21st century rather than a maid in the 1840s.

Nothing is what it seems in “The Moors.” Its characters are dynamic and multifaceted, bringing something new to every scene. Getting to know these characters is a worthwhile experience, even as they repeatedly demonstrate how little we truly know. 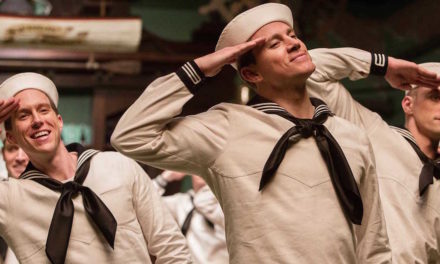 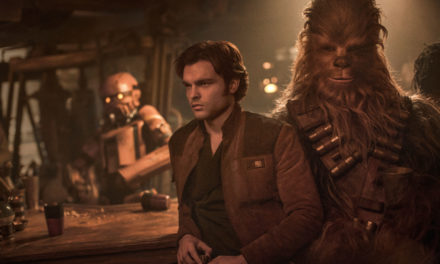 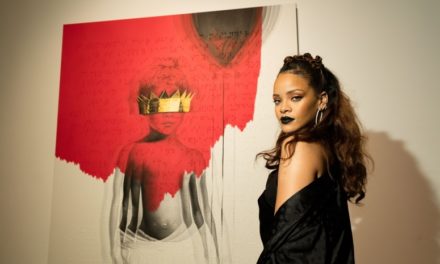