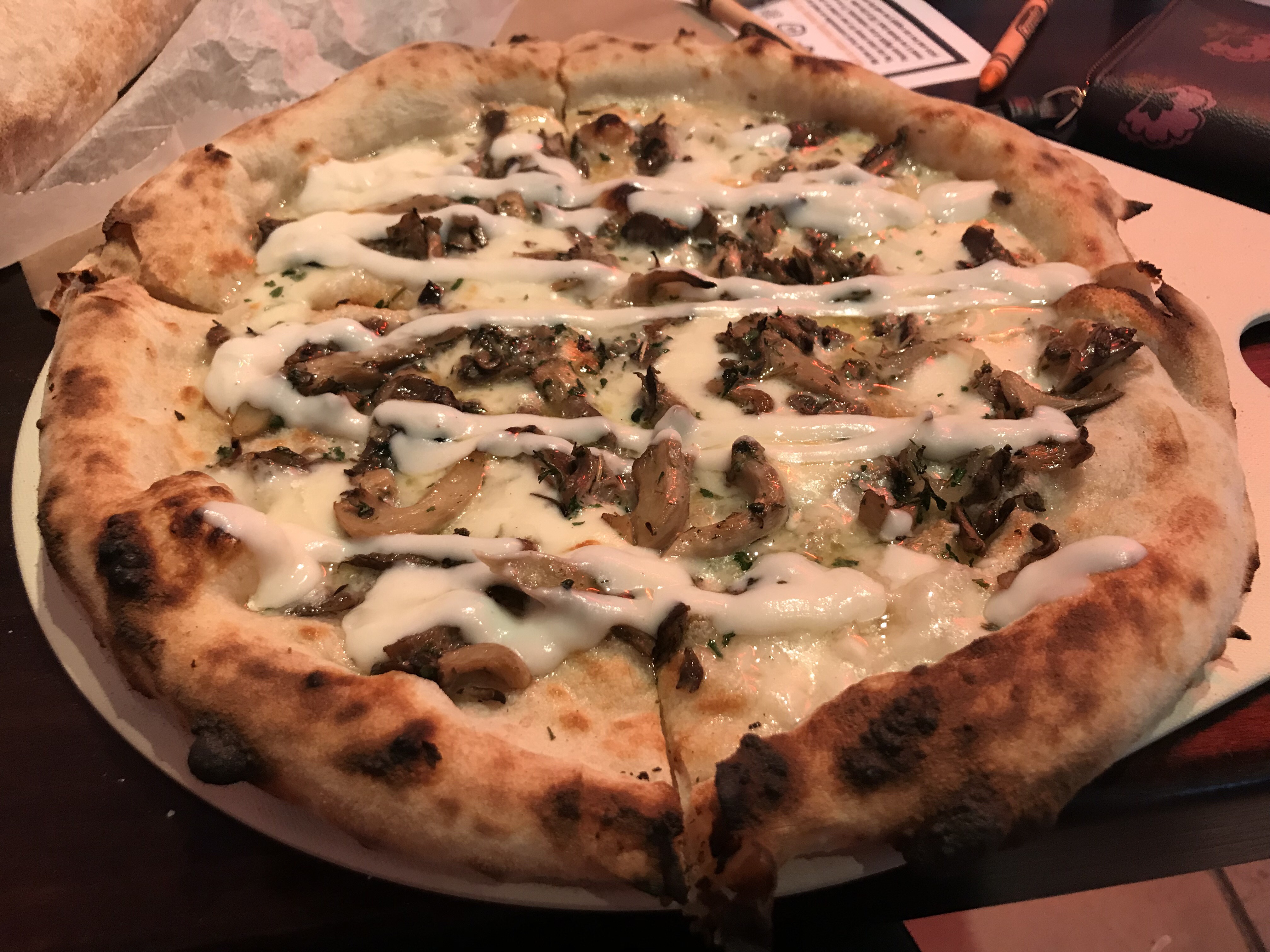 The Emory population is spoiled for choice when it comes to pizza places. Blaze Pizza on North Decatur Road offers affordable, made-to-order pizzas within walking distance. Antico Pizza is a justifiably more upscale, award-winning pizzeria that happens to be nearby and — if you want something less pretentious — Domino’s is right here in the Emory Village. With all these options, I wondered how The Local Pizzaiolo, four-time World Pizza Champion Giulio Adriani’s latest neighborhood pizza place, would distinguish itself from the gaggle of other pizzerias saturating Atlanta’s food scene. The differentiation would be especially critical to the average person’s decision to visit the restaurant, given that it takes Emory students nearly 30 minutes to get to the restaurant.

Within 10 minutes of sitting down, our restaurant pagers rang and a waitress brought us our food. I opted for the margherita pizza, the perfect vessel from which to assess the three most important things in a pizza: cheese, sauce and dough. The brilliant red tomato sauce served as the yin to the yang of the white moons of mozzarella. The crust itself wore a pale white cloak of dusted flour, and was sparingly charred. On each of the four slices were small basil leaves of various sizes, pruned and wilted from their trip in the oven.

Each thin slice melted in my mouth after a few seconds. Though this thinness made the meal light and refreshing, the dough offered little resistance, meaning nothing but the occasional bite of charred dough could harmonize with the soft meltiness of the tomato sauce and mozzarella. Though the sweet sauce complemented the mozzarella’s gooey and creamy texture, the tomatoes lacked the acidity to balance the savory mozzarella. The subtle peppery taste of the garnish added the needed zing absent from the sauce, even if my four slices sported just two small basil leaves. My friends, who had ordered more elaborate pizzas, echoed my sentiment that the pizzas were smaller than average.

Though the thinness of each slice disappointed me, my friend who ordered the When Pigs Fly pizza (tomato sauce topped with prosciutto, arugula, mozzarella, parmesan and olive oil) argued that the fine proportions acted as the perfect medium for the toppings. Another friend enjoyed the truffle oil and bechamel of The Gypsy pizza, but said the slices felt a little too light without a heavier dough.

The restaurant itself smelled strongly of flour and dough, similar to what I imagine a local Italian bakery smells like. The interior elicited a  no-nonsense and comfortable vibe, adorned with simple chairs and sofas, and missing the extraneous quirks of the classic millennial pizzeria, like a chalkboard menu. The minimalism was refreshing.

The restaurant also displayed complimentary loaves of bread made of leftover dough near the cashier. The loaves are free with the restaurant’s request that takers pay it forward with an act of kindness for someone else. As a college student conditioned by the many free food events that grace campus daily, I took the loaf — though I am still working on the act of kindness.

The menu displayed several options, each with a corresponding picture to show you exactly what you would be eating. My friends and I ordered at the cash register before we chose our seats. On the comprehensive menu none of the options felt like a gimmick except for the Just The Crust option, which was accompanied by a helpful picture of unadorned crust.

I find it difficult to recommend The Local Pizzaiolo, as nothing justifies the above-average price range of $9 to $15. Though the ingredients are high-quality, they are not as high-quality as Antico’s. Though the prices are cheaper than those at Double Zero, they aren’t as cheap as Blaze Pizza. The location is also farther from campus than these other pizzerias, but the chain plans on opening a Toco Hills location sometime this summer. If you can keep yourself sated until then, this might just be the pizza place for you.