The Legacy of Asian American Activism at Emory

On a national level, the 2020 election came down to the wire in many states, especially Georgia, where Joe Biden won by a margin of only 11,779 votes. Nationally, and in Georgia specifically, Asian American and Pacific Islanders were the driving force behind Biden’s successful outcome — the Asian American Advocacy Fund reports a 63% increase in Asian American and Pacific Islander voter turnout this election compared to 2016. Such efforts were made possible by groups such as Asian Americans Advancing Justice-Atlanta, which cite that half of the individuals they worked with this election were first-time voters. None of the large-scale advocacy efforts of Asian Americans could have been nearly as impactful without local groups, such as Asian Pacific Islander Desi American Activists (APIDAA), replicating the same initiatives on a smaller scale.

Desegregation, the Vietnam War and the Lack of Asian American Activism at Emory

Officially desegregating in September of 1962, Emory began admitting students of color amid the highly contentious Vietnam War. Despite granting these students entry into the student body, the University failed to understand how to actually include these students of color within its community. The Vietnam War intersected important issues of race and class disparity and acted as a catalyst for social movements, such as the Asian American Movement from the late 1960s to 1970s and the Civil Rights Movement. The term Asian American was established in this time period, “according to activists and academics — it was a radical label of self-determination that indicated a political agenda of equality, anti-racism and anti-imperialism. Asian American was an identity that was chosen, not one that was given.”

Seeing how prolific the Anti-Vietnam War Movement was among college students, one might have expected to see similar sentiments mirrored at Emory during desegregation. This would have been one of the first opportunities for University platforms like the Wheel to give voice to its students of color, especially Asian American students, given how impossible it was to separate the racial overtones of the war from the Anti-War Movement. However, rather than capture the crucial role that race played within this period of history, the University’s institutions neglected it all together.

Similar to many other universities across the country, Emory students were heavily involved in the anti-war Movement. The Wheel’s articles from the 1960s and early 70s were dominated by stories of student protests, petitions and demands for the University to take a more active position on the war. While general student activism was made highly visible during this time period, one glaring omittance is extremely obvious — there was no attempt to include Asian American students in this narrative. Although the Asian American population on campus was very limited at the time, the complete overlook of race is a clear reflection of a school unprepared to provide the level of inclusion necessary for embracing its students of color.

Activism at Other Schools

Meanwhile, other universities on the west coast, including San Francisco State University (SFSU) (Calif.) and University of California, Berkeley (UC Berkeley), have experienced major student activism movements founded by a multiracial coalition known as the Third World Liberation Front (TWLF). Following the Civil Rights Movement, the TWLF advocated for the creation of ethnic studies highlighting the often-overlooked histories of various communities of color. Student activists paved the way for the first Asian American Studies programs being created in 1969 at UC Berkeley, SFSU and the University of California, Los Angeles. On the east coast, Duke University (N.C.) also saw a rise in Asian American activism in the 1980s, and Asian American student activism became more prominent as the Asian American student population increased in following years. Organizations such as the Asian Student Association also advocated for several measures to improve the Asian and Asian American experience, including the appointment of an administrative assistant to advocate on behalf of Duke’s Asian population and for the creation of a course on Asian American history.

Asian American Activism in the 90s

Though Emory students did not establish an Asian American Studies Movement in the 1970s, their activism came to fruition two decades later, through the rise of multiculturalism in the 1990s. After the U.S. saw the collapse of the Soviet Union, American thinkers like Allan Bloom sought to uphold the ideals of American exceptionalism and the western canon, denying the importance of ethnic studies and multiculturalism. As a backlash to such ideas, Emory students formed organizations to address the unique experiences of multicultural students. In 1993, Stephen Chen (95C, 00L) founded Students in Alliance for Asian American Concerns (SAAAC), a Pan-Asian American group, along with several other Emory students. They brought together groups that still exist in different iterations today, like the Indian Cultural Exchange (now ICA) and the Korean American Student Association (now KUSA).

Chen and members of SAAAC were frustrated with the lack of political engagement from Asian American students at Emory and hoped their group would forge collectivity within the Asian American community. Chen iterated the hardships they found, “The undercurrent to all of it was wanting each of these organizations to start seeing themselves as Asian American, because as you can tell from the name, most of them start off really thinking of themselves as like ethnically Chinese or ethnically Korean.” Chen looked at other schools as examples of the unity he and other members of SAAAC wanted to achieve.

SAAAC spurned a wave of student activism; they held identity-related events on campus, invited notable Asian American historians like Ronald Takaki, petitioned for an Asian American theme house and called for the University to establish an Asian American Studies major. However, the history of their efforts likely would have been forgotten if the group did not leave their fliers and ephemera at the University, as they are now stored at the Rose Library Archives.

Archives are not neutral, and Asian American activism must continue to be documented at Emory as these histories would otherwise be easily lost in periods of transition. These documents resurfaced due to the creation of Emory’s first Asian American history class, first taught by Assistant Professor at the History Department Chris Suh in spring 2019, and their work is survived by current political organizations like APIDAA. APIDAA’s political organizing work has highlighted a need for Asian American visibility on campus and documentation to both uplift the crucial work of Asian American student activists and preserve its history for future generations.

However, due to student advocacy, the Asian American community at Emory has seen many gains in recent years: in fall 2019, the History Department hired Emory’s first Asian American historian Chris Suh and the English Department is currently recruiting an assistant professor specializing in Asian American, Pacific Rim and Transnational Asian literature and culture. Last spring, Campus Life hired an assistant director at the Office for Racial and Cultural Engagement to support Asian-identifying students. In summer 2020, the Office of Sorority & Fraternity Life hired two Asian-identifying coordinators. When University President Gregory L. Fenves arrived last August, he advocated for the renewal of affinity spaces, approving a temporary Asian Student Center that will be built this fall at the Alumni Memorial University Center. Asian American activism has made real, transformative progress in the decades since desegregation, but you wouldn’t know it from reading the Wheel or any University publications. 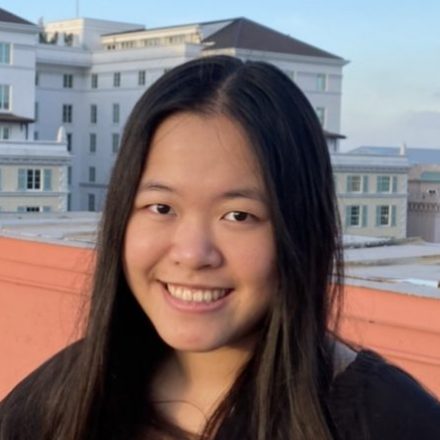 Cindy Cheng (23B) is from Charleston, South Carolina, pursuing a double major in Business and Political Science. On campus, she is involved in College Council, Matriculate, CUSO, EIIG and Emory Residence Life. She spends her free time attempting the latest Tik Tok trend, napping and consuming seafood. 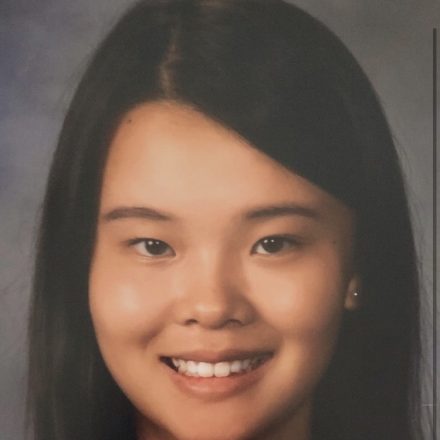 Jessica Liu is from West Chester, Pennsylvania, majoring in Business. 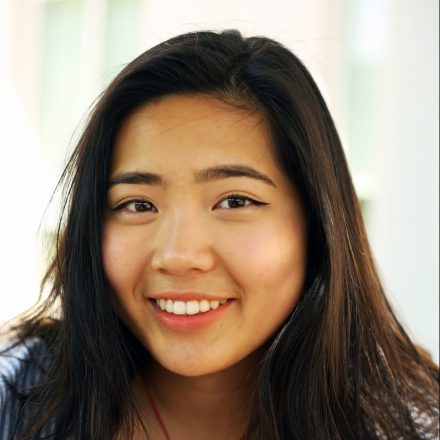 Alice Zheng (21C) is from Brooklyn, New York, majoring in History and Art History. She is involved with Asian Pacific Islander Desi American Activists, Emory Arts Underground and works at the Office for Racial and Cultural Engagement. In her free time, she enjoys knitting and drinking coffee.