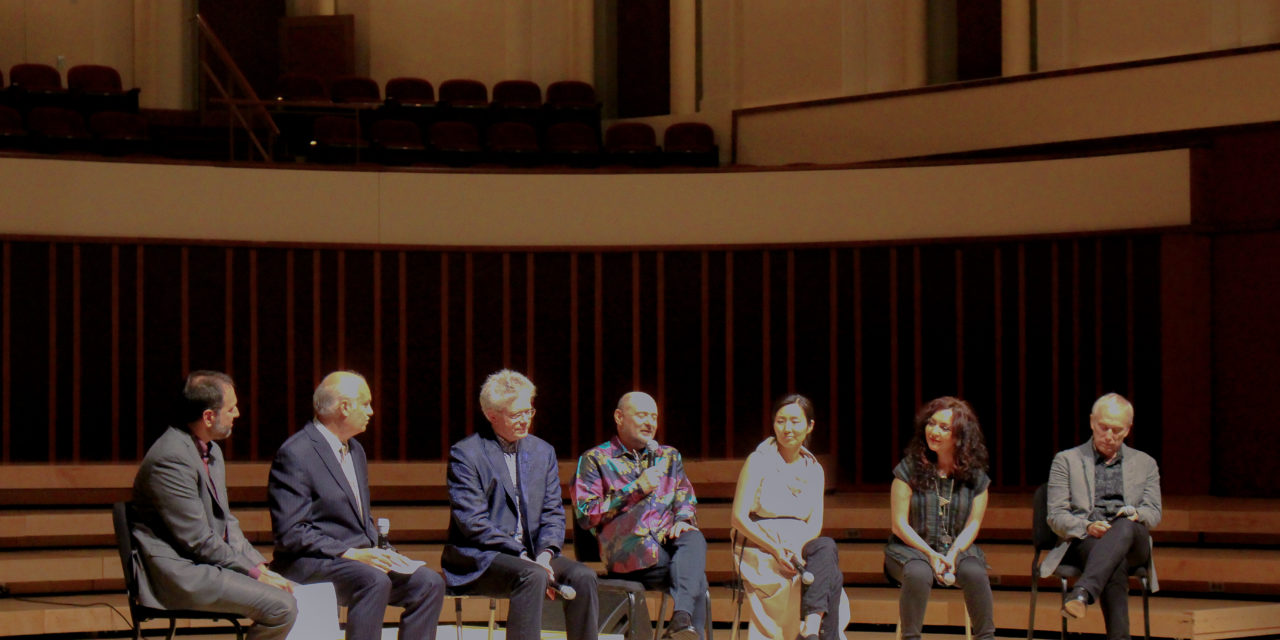 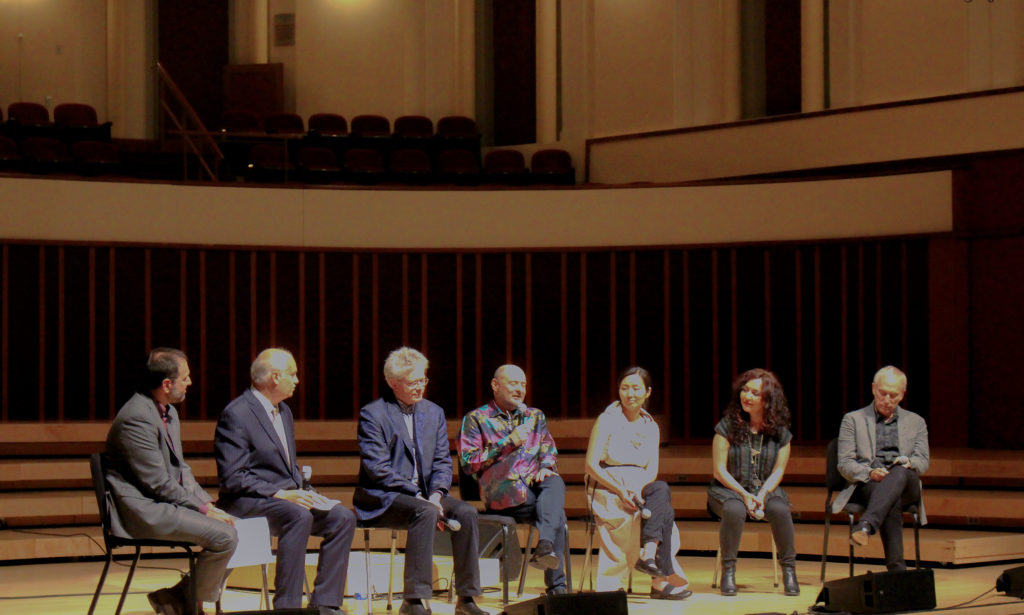 “It begins as a meditation. In darkness, only the cello is lit, trying to wake the world with a call to prayer,” the program states. For a time, the cellist plays, illuminated by just the faintest blue light. Her notes are soft and low, her rhythm gentle and constant. But eventually, other members join her, and they gather their instruments to begin a kind of battle. The tempo picks up as the lights grow brighter, and thus commences the face off between light and dark.

This is “Zaghala (2017),” the opening number of the Kronos Quartet’s concert, which took place on Sept. 14. in the Schwartz Center for Performing Arts. Entitled “Music for Change: The Banned Countries,” the show was created in response to the U.S. 2017 travel ban and featured songs in various genres penned by composers and arrangers from all over the world.

Composed of David Harrington, John Sherba, Hank Dutt and Sunny Yang, the Grammy Award-winning ensemble carefully mixed modes and cultures as they showcasing diverse styles of music not often played by string quartets, and, in some cases, not familiar to Western listeners at all. The performance was upbeat, never lacking the element of surprise.

The first half of the concert particularly demonstrated the innovation and experimentation that have now become hallmarks of Kronos Quartet. As they consistently pushed boundaries and sought to expand beyond the limits of form, quartet members put down their bows and became percussionists on occasion. In the Yemeni-influenced piece “Ya Mun Dakhal Bahr Al-Hawa (Hey, Who Enters the Sea of Passion?),” three of the musicians struck rhythms with common metallic objects like pans and whisks, while the cellist played the melody.

Likewise, sound technicians played various recordings in different languages between and during some songs, giving the impression that they had been recorded in different spaces, such as a quiet street or a busy crowd, the sounds of a single chirping bird or a festive celebration. And with each song, the lights brightened and dimmed, rotating colors that would illuminate the stage and the audience in warm reds, cold blues or bright pinks depending on the mood.

Though jarring at certain points, this international blending proved effective. The jazzy rhythms and hip-hop beats of the Somali “Dooyo” elicited smiles from audience members, while the Afghan “Bia Ke Berem Ba Mazar” created pensive, intense musical moments that layered beautifully atop one another.

In the second half of the concert, this adaptation expanded with the introduction of Iranian singer Mahsa Vahdat. Prohibited by law from singing publically in her own country under the edicts of the 1979 Iranian Revolution, Vahdat travels the world in order to share the Persian vocal tradition. On Saturday, she shared the stage with the Kronos Quartet to perform both traditional and contemporary numbers.

Vahdat’s first note, sung a cappella, rang out clear and strong in the Schwartz Center. Each member of the audience listened intently as she sang the lines of “The Sun Rises,” inspired by the eponymous poem by Iranian poet Forough Farrokhzad.

This powerful, educational moment — the vocalist at center stage and the quartet now serving to support her voice — helped listeners gain access to a cultural tradition thousands of years old, interpreted through the lens of a single Persian woman, as she noted during a talk after the performance.

Vahdat sang several songs about love and liberation, but her final song before the encore was one of hope. In an adaption of classical Persian poet Rumi’s “I Was Dead,” her closing line translates to: “I belong to you, my moon, come and behold you and me! / Because of his laughter, I became a laughing garden.”

To adapt a piece unconventional for string quartet into that format is already a feat, but to do this successfully while simultaneously preserving the piece’s original cultural significance requires a commitment, not only to the composers but also to the cultures from which they come. For this sheer difficulty and its talented execution, the Kronos Quartet’s “Music for Change” deserves praise.

Whether these quick snapshots of the peoples and places were enough to promote true caring and understanding on the part of the audience, it is more difficult to say.

When asked during the post-concert Q&A what his future hope for the project would be, Harrington, the quartet violinist and group founder, stated in a semi-joking tone, “I would like there to be no more wars.”

In an increasingly globalized world, with this project’s both political and warm intent, the Kronos Quartet radically sought to recognize those often placed on banned lists and, with them, to create a new tradition. 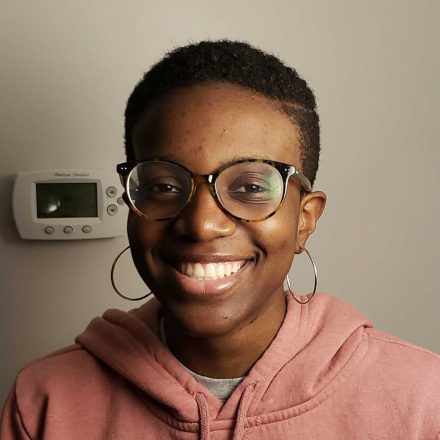