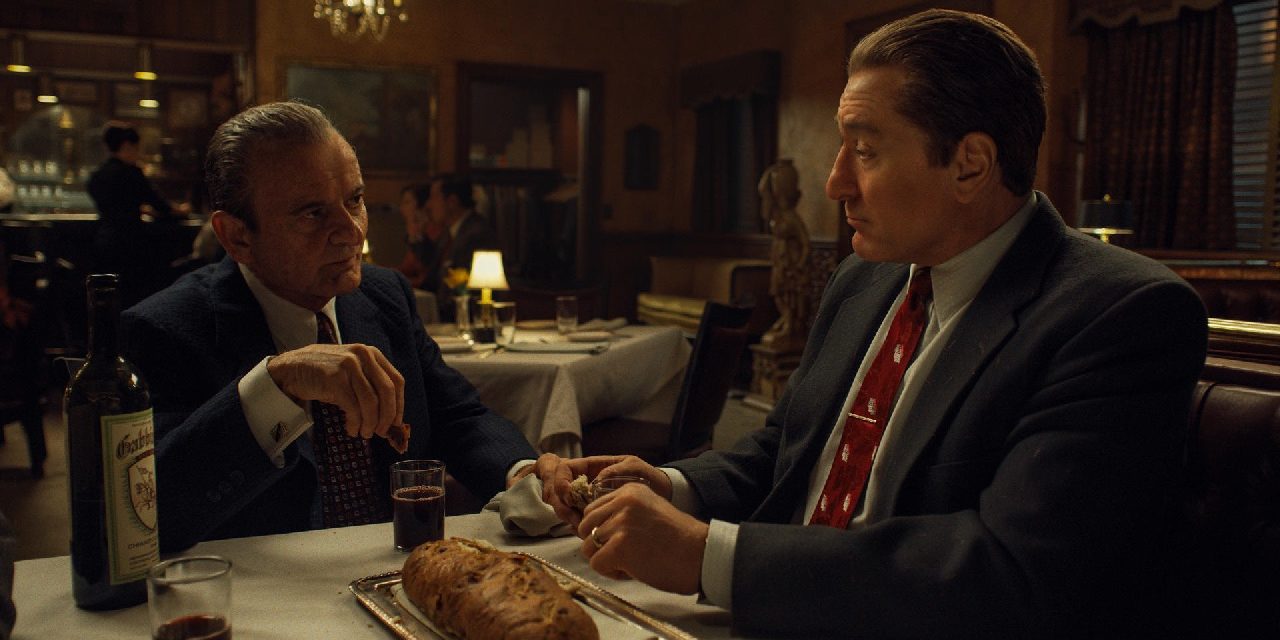 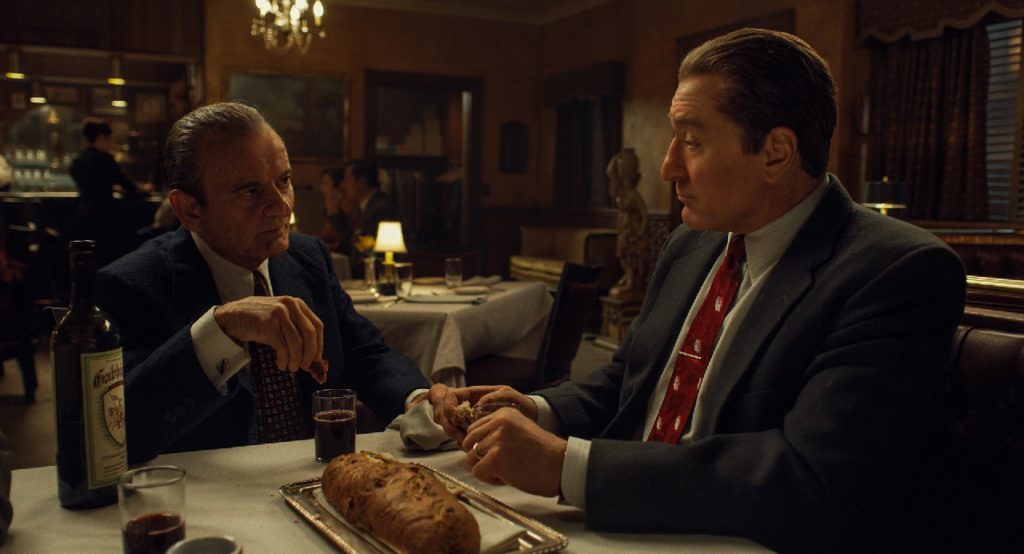 Martin Scorsese is possibly the most enduring and accomplished American director still working in the industry today. Even after making films for over six decades, he still exhibits the vitality and creative ambition that has escaped his 1970s contemporaries. In the past decade alone, he has directed a psychological thriller throwback to the 1940s noir genre, a family-friendly 3D extravagant love-letter to the movies, a high-octane thrill ride through Wall Street greed and an introspective examination of the Catholic faith. “The Irishman” follows this trend of experimentation and resembles the director’s earlier crime works of “Goodfellas” and “Casino” while providing a unique perspective on the genre of a man looking back on what his life has meant.

“The Irishman” explores the life of mob hitman Frank “The Irishman” Sheeran (Robert De Niro) as he recalls his journey through the ranks of organized crime. The film’s 50-year spanning narrative focuses on Frank’s relationships with Philadelphia crime boss Russell Bufalino (Joe Pesci) and President of the International Brotherhood of Teamsters Jimmy Hoffa (Al Pacino), specifically detailing the hitman’s possible involvement with the disappearance of Jimmy.

The film’s status as an outlier of the crime genre, specifically those of Scorsese’s filmography, is asserted from its opening shot. The slow glide through a nursing home to the tune of a melancholic 1950s doo-wop before the camera comes upon an old Frank Sheeran, alone in a wheelchair foreshadows the emotional toll that these crimes will take on the old man.

Scorsese utilizes his stylistic trademarks with the technical mastery of an artist at the height of his creative power, but each trademark works with a twist to the formula of previous Scorsese films. There’s the fourth-wall-breaking narration that illustrates the minutiae of this world of crime as is shown by Henry Hill (Ray Liotta) in “Goodfellas” or Jordan Belfort (Leonardo DiCaprio) in “The Wolf of Wall Street.” In “The Irishman,” however, Frank’s voice-over is rambling, grumbly and to-the-point, showing a man at the end of his life. There’s also Scorsese’s trademark use of graphic violence but instead of it being hyper-stylized and lingering on brutality, the violence in “The Irishman” is far blunter and is filmed at distant. The man was alive, and now he isn’t — as meaningful to Frank as any menial task on the job would be. The film is reflexive, a stocktaking of what one man’s life was worth if it meant anything at all.

Fourteen years since their last collaboration in “Casino,” Scorsese reunites with De Niro and Pesci, the latter of whom was coaxed out of retirement in order to appear in this film. As Russell Bufalino, Pesci forgoes his usual hot-headed, loose-cannon character for a more measured menace. Though Russell is always the calmest presence in any scene he’s in, Pesci never fails to hold an iron grip over his situation.

After starring in a string of bad comedies and a stale performance on “Saturday Night Live,” De Niro reminds us why he belongs in the upper-echelon of actors. Frank Sheeran is a soldier at heart who is willing to kill another if it allows him to stay alive for another day but doesn’t know what to do with that life. De Niro embodies the slow corrosion of Frank’s character as he continues to take lives in honor of his loyalty to his criminal family over spending time with his real family. The real stand-out of the cast, however, is first-time Scorsese collaborator Al Pacino. As Jimmy Hoffa, Pacino devours every scene he’s in with his finger-waving, expletive-spouting, ice-cream obsessed portrayal of the infamous Teamster president.

Then there is the much-discussed de-aging technology that is utilized to transform these actors into their younger selves. The best thing I can say about it is that, after about 10 minutes of the approaching “uncanny valley” quality of their facial movements, the effect is unnoticeable. The film uses a mixture of visual effects and makeup to seamlessly age the famous actors throughout the nearly six-decade timeline.

The specter of death looms largely over “The Irishman.” Scorsese never allows the audience to forget the inevitable doom of his characters. Jimmy Hoffa is first introduced at the exact moment that a bullet enters his head, forcing the audience to view his journey culminating in his quick demise. Certain characters are even introduced with a blurb about the time and circumstances of their death. Death is a fate inextricably linked to the life that these men chose to lead and, in the third act of the film, Scorsese reckons with fact. All of this culminates in the finale of “The Irishman” which ranks amongst the most impactful sequences in Scorsese’s career as Frank is forced to confront the loneliness that his crimes have left him with. Alone, waiting to die, Frank is a man trapped in his own past sins and has no one to blame but himself.

“The Irishman” is a poignant denouement for Scorsese’s filmography. A surprisingly emotional examination of the kind of person Scorsese loves to portray, “The Irishman” fits alongside “Mean Streets,” “Goodfellas” and “The Departed” as a significant work in a career overflowing with masterpieces.

The film premieres on Netflix on Nov. 27 but if you have the opportunity, see this three-and-a-half-hour epic on the big screen.