The Olympics have remained relatively unchanged since the first torch was lit in Athens, Greece, in 1896. The Earth’s most talented athletes travel to one city in representation of their country, hoping to bring home medals and garner national pride. At its best, the Olympics are an exhibit of athletic excellence, international camaraderie and elite competition.

But the Olympics are deeply flawed. And after the 2020 Summer Olympics in Tokyo were postponed to 2021, and with whispers swirling of an oncoming cancellation, there is no better time to restructure than now.

It’s time to change the Olympics, and the first step is to rethink how it is hosted.

Hosting the Olympics is an honor for any city. For two weeks, the host city is the most important place in the world. It grants a city the ability to showcase its most attractive qualities and usually brings a boon in tourism.

Yet, cities are increasingly shying away from bidding on the Olympics. Recently, Hamburg, Germany; Calgary, Canada; Budapest, Hungary; and other mid-major cities that would stand to benefit immensely from the worldwide exposure rescinded their bids for future Games. Boston was widely considered a frontrunner for the 2024 Summer Olympics, but they never submitted a formal bid after many Boston residents expressed their opposition.

The financial costs of hosting the Olympics have been historically accepted as reasonable, albeit massive investments. But now, after Greece and Brazil suffered economic meltdowns associated with the 2004 Athens and 2016 Rio de Janeiro Olympics, respectively, cities are less willing to dole out the billions of dollars needed to host. Japan reportedly spent $15.4 billion on the 2020 Olympics, an amount they will not be able to recoup if the 2021 games are canceled. Los Angeles, a city with a massive preexisting athletic infrastructure, will still reportedly spend around $7 billion to host the 2028 Olympics.

Much of these costs go toward building Olympic venues, such as the Olympic Village. While architecturally and visually impressive, these venues suffer from short life spans. The Olympics require highly specialized facilities to support events ranging from beach volleyball to equestrian sports to whitewater canoeing. They look amazing for the two weeks that they are used but are rarely touched again following closing ceremonies. There exists an entire corner of the internet dedicated to abandoned Olympic venues. It is highly illogical to spend millions of dollars on a world-class site only to have it go into irrecoverable decay.

It would be difficult to lessen the cost of the Olympics or revolutionize the construction of athletic venues. There have been consistent calls to reorganize the Olympics, with people proposing new and innovative ways to host. Here are two that could soon become reality.

The Olympics’ closest competitor for the title of largest sporting event, the FIFA World Cup, also takes place every four years. It, too, brings together hordes of people from across the world. Like the Olympics, it’s extremely expensive, but the World Cup differs in that it’s not as loudly decried as hosting the Olympics.

Why? Because hosting duties for the World Cup do not fall upon one city, but rather one country or, occasionally, multiple countries.

This model is not perfect, as it would still place an enormous economic burden on the host country or countries. Spreading that burden out geographically would, in theory, diversify responsibility and encourage countries with multiple large cities to place bids.

We could see this model as soon as this summer. In response to rumblings of Tokyo canceling the Olympics, the state of Florida reportedly offered to take on hosting duties. While the odds of Florida hosting are slim, the International Olympic Committee (IOC) could see it as an opportunity to test this model.

This is the proposal I believe most compelling. The Olympics are uniquely special precisely because of the geographic proximity of all of the venues. But that monstrous burden has gotten us to this moment of crisis. There is a way to retain that allure while nearly eliminating the massive financial obligations: a permanent Olympic city.

While this model would prevent cities across the world from hosting, it would possibly foster a sense of excellence greater than that which the Olympics currently exudes. By having one city knighted as the Olympic city, the event would find a permanent home, and that home would come to be revered and idolized among millions of athletes and fans.

Beyond that, the logistics of such a model make almost too much sense. Yes, constructing an Olympic city would be expensive. But in no way would it be more expensive than the billions of dollars cities are spending every two years. The IOC could require participating nations to contribute to the overall construction costs, or a city could volunteer to create an Olympic city, believing the long-term benefit to outweigh the short-term cost. If constructing and maintaining such a city would prove to be too expensive, having a permanent host city, such as Los Angeles, would practically ameliorate all financial issues.

Growing anti-Olympic sentiment has become unavoidable in recent years, and it is time for the Olympics to change. While hosting duties are already assigned through 2028, and bidding for 2032 is underway, it would be at least a decade until a new hosting model is implemented. However, as more and more cities refuse to even entertain the idea of bidding, the Games must adapt before the entire spectacle crumbles. 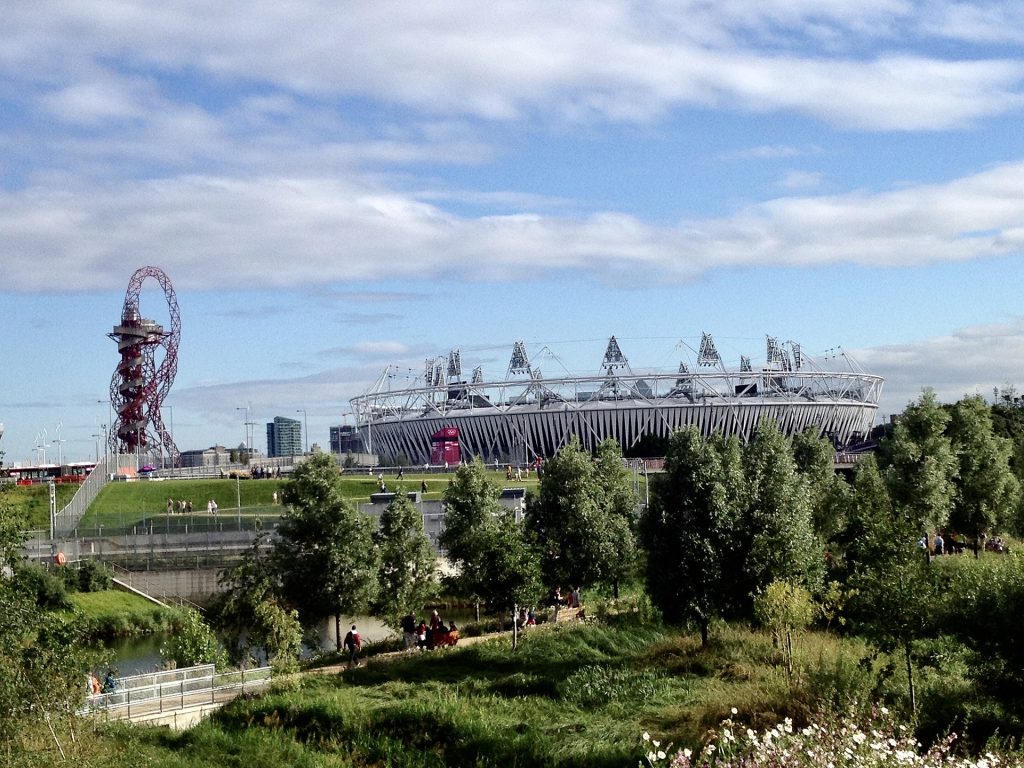 Queen Elizabeth Olympic Park is situated in London, England. The complex was built for the 2012 Summer Olympics and the Paralympics. (Wikimedia Commons/Ank Kumar)