The Highs of Stoner Films 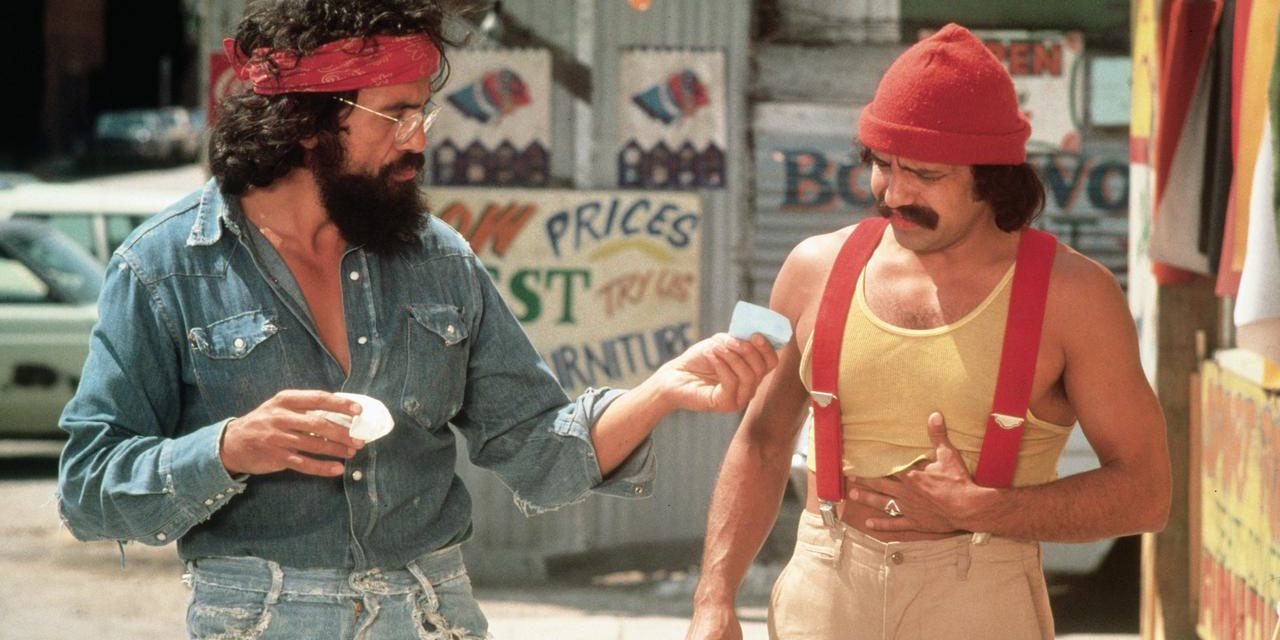 The stoner film, a film in which a massive part of its plot involves or revolves around its main characters smoking marijuana, is one of the most uniquely American traditions. There’s a distinctly American rebellion contained within the stoner film. Drug culture and American counterculture have always been intertwined, and when art arises out of counterculture, it’s only natural that the artists are going to play with what they know.

So because of today’s date, and because you need something to distract you for one reason or another, whether it’s your festivities or your attempts to ignore the dank smell of your freshman residence hall, let’s take a quick tour of what’s so great about the stoner film and how varied a term that can be.

First, understand that the modern stoner film is still a slight mutation of counterculture art. After all, much of what we know as the ‘60s counterculture births what we know as psychedelia, more influenced by distortion and alteration of the perception of reality, something much stranger than what we have come to know as the stoner film. These can be stoner films, yes. Films such as 2001: A Space Odyssey or Yellow Submarine hold sway over the stoner audience. But they don’t represent exactly what we, the audience, generally know as this sort of film.

For that, we should look toward the stoner comedy, a genre for which we thank Up in Smoke.

The creation of legendary counterculture comedy duo Cheech & Chong, comprised of Richard “Cheech” Marin and Tommy Chong, in Up in Smoke set forth much of what we’ve come to understand as the stoner film. Up in Smoke is a buddy comedy about a pair of friends who embark on a journey for something simple (in this case, more marijuana) and get caught up in a multitude of slapstick hijinks and rebellious adventures.

This film came to outline the rules for the stories of future stoner comedy films, and it also established a few other genre conventions that seem like natural outgrowths of their drug-influenced nature.

Stoner films are usually low-energy. Even when they kick into high-gear, they still keep elements such as  dialogue calm and simple. They’re also based in a broader sense of comedy, oriented towards largely slapstick or big character-based jokes that you can sit back and enjoy no matter what state you’re in. I don’t mean that as a judgement, but with the intended audience, who’s likely going to be very relaxed, you don’t want to be trying to piece out dense wordplay.

That slowness doesn’t mean there isn’t a certain surreality to the world of the films. Something about getting high makes the world around you just a little weirder, and that always shines through in stoner comedies with formalistic breaks (animated sequences are not uncommon) or non-sequitur gags.

Another one of the more interesting (non-narrative and formal) conventions is born out of the genre’s counterculture origin. Stoner films, especially in the ‘90s stoner film boom, broadened Hollywood’s conceptions of who could lead a film. We can argue about the positivity of those representations, but Hollywood couldn’t see Mexican-American actors as leading men before Cheech & Chong. Films like Friday and Half Baked opened up creative opportunities and leading roles to actors and creatives like Ice Cube, Dave Chappelle and F. Gary Gray. Stoner films don’t care much about who you are as long as you love weed.

Of course, this is still largely a male-oriented genre, especially given the recent dominance by the Judd Apatow crowd, as well as those of Seth Rogen and James Franco. However, television shows like Broad City and films like American Ultra made strides in opening up the stoner film genre to everyone.

Much of what I’ve talked about for the stoner film are the conventions for films that relate directly to characters whose lives revolve around marijuana. Think the average Rogen and Franco film, like Pineapple Express. Think Harold and Kumar.

But there is a branch of stoner comedy that doesn’t always directly relate to drug use. This is the stoner-friendly comedy. Think something like Walk Hard: The Dewey Cox Story or The Hangover. While they may have entirely different narrative concerns, such as Walk Hard’s still deeply-cutting parody of the music biopic, there’s a similar comedic construction to the stoner film. These films use weird, broad and often physical jokes that are still slow enough to be processed and internalized.

None of the films I’ve just talked about are stoner films out of requirement. You don’t have to be high as a kite to laugh at Up in Smoke or Walk Hard. Does it help? Sure.

But that’s what’s so great about these films. Comedy is at its best when it’s specific. Even when the foundation of joke itself is decidedly broad — for example, people falling down and hurting themselves — we laugh more when there’s a specific reason. We laugh when they’re a rich snob finally getting what’s coming to them, or yes, when characters are so high that they became distracted and fell over.

Inherently, stoner comedy has that specificity. Even if we are not a part of the stoner world, it brings us inside and has the details to make the world something we feel a part of for that hour and a half. Sure, it may seem like an unnecessary detail to make jokes about pun-based names of marijuana strains or the bizarre lengths that people go to for smoking equipment. But these jokes are inherent world-builders, and the world of the stoner is a specific world that creates comedy.

This is why even the stoner-friendly comedy benefits. It’s that outlook, that weird specificity and those details combined with a broad, surreal comedic sense that make any comedy feel closer to your heart. We may not be pulled into the world directly, but we’re all on the same wavelength.

And that wavelength brings us inside the counterculture. Film is about identification, seeing ourselves in something that we’re not, and often, escapism. The real world is hard, and like the substances that are integrated into these films, the stoner film offers a temporary escape into a world with simple wants and desires that get resolved, a world in which the protagonists have often disregarded society for their own rules.

Perhaps that’s why these films are so uniquely American; they exemplify that American desire to carve out your own path in the whole and to make something of yourself that isn’t like everyone else, just as the people who made these films carved their own paths. Sure, they’re hilarious, but these stoner comedies represent the desire to be free, to be away from society in a way that doesn’t concern itself with the larger trends.

It’s that for an hour and half, you can tune in, turn on and drop out. And that’s awesome, man.