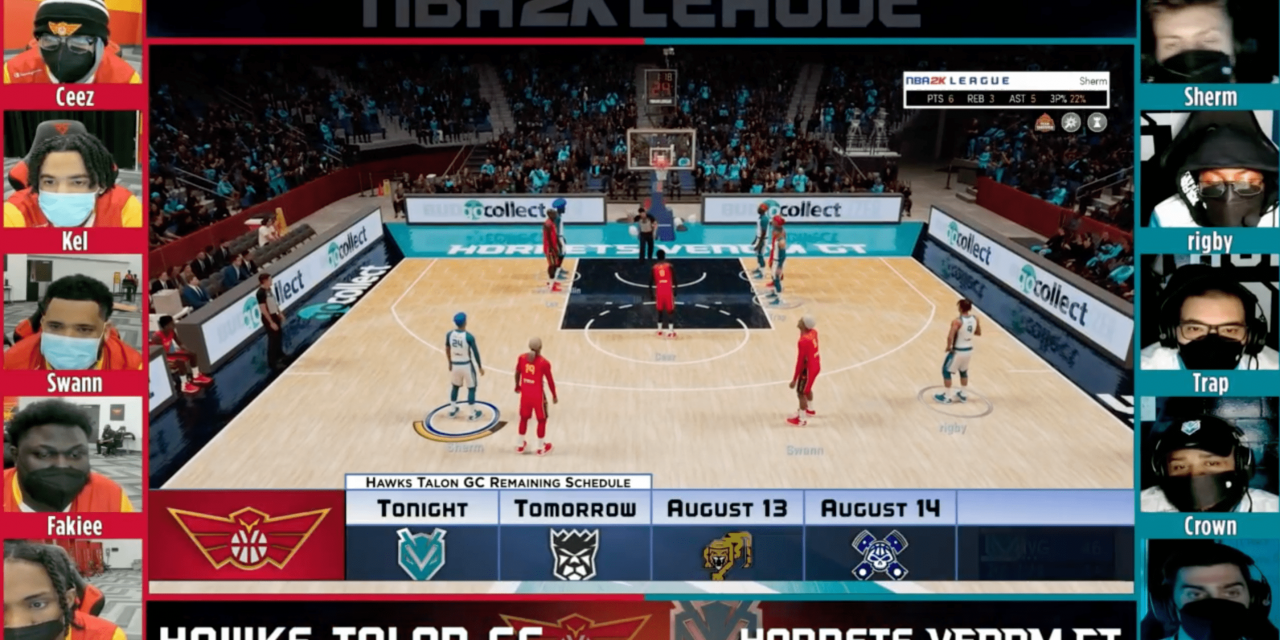 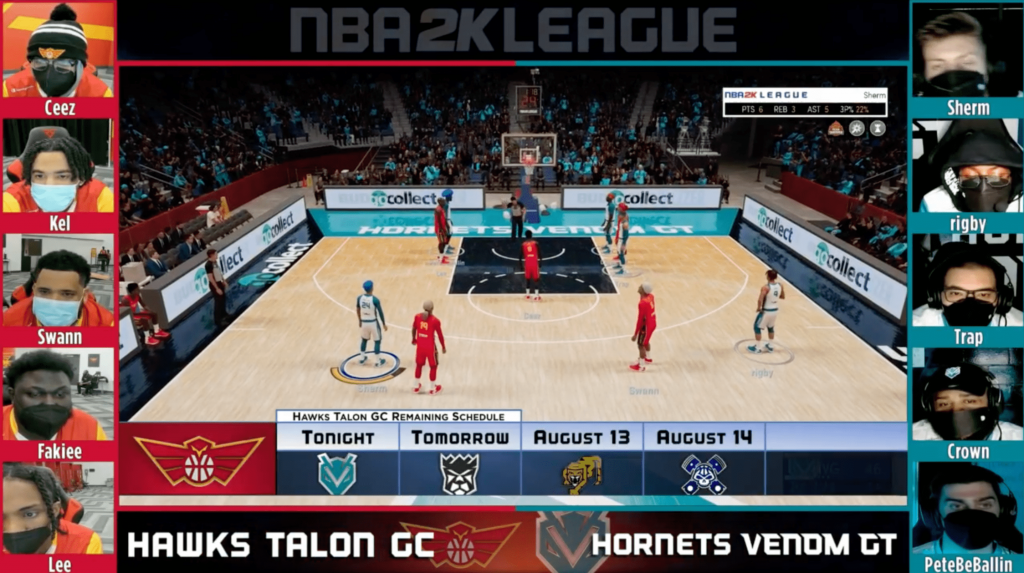 Hawks Talon GC played against Hornets Venom GT on July 30. Atlanta’s team lost both games, but the squad is looking forward to the remaining games this season. (Courtesy of NBA 2K League)

Almost 18 months ago, the world of professional sports was forced to adapt along with the entertainment industry to the coronavirus pandemic. While sports leagues such as the NBA, MLB and NCAA shut down competition, there was one league that kept going: the NBA 2K League.

With little-to-no content shown on live television during the height of the pandemic, the NBA 2K League was put in a unique position. Games that were once only available online were now being broadcasted on ESPN2. This helped grow the league that was only a few years old and provided viewers with some form of live competition.

“I think it was huge,” Acuff told the Wheel. “The world kind of stopped for a moment. And for us to be able to continue was first and foremost a blessing. But it also, you know, allowed us opportunities, like being on ESPN, to maybe get some viewers that we hadn’t been able to capture in the past.”

The league’s viewership in 2020 increased by 69% from 2019 on Twitch, showing signs of growth in the league and in the esports space. Those who have watched Hawks Talon over the last year have seen a team that has a bright future but lacking solid performance.

Hawks Talon lost in the second round of the last tournament “THE TICKET” last year and finished with a 7-9 regular season record. The team entered the 2021 season with a young and talented squad, but they have struggled to put wins together. The team is currently 6-18, sitting 12th in the conference standings out of 12 teams. Acuff acknowledges that the team is performing far below expectations.

“To be honest, we haven’t done well,” Acuff said. “Our record is far below where we want it to be. We know we came in loaded with talent, and we’ve just struggled to put the right pieces together and build the momentum to translate that into wins.”

Although the team has disappointed thus far, Acuff still sees a shining light in the second half of the season and has hope that the team can make a run in the final tournament, which will take place in August.

The squad’s next game is against the Gen. G Tigers of Shanghai on August 13 at 9 p.m., which will stream live on Twitch and YouTube Gaming.