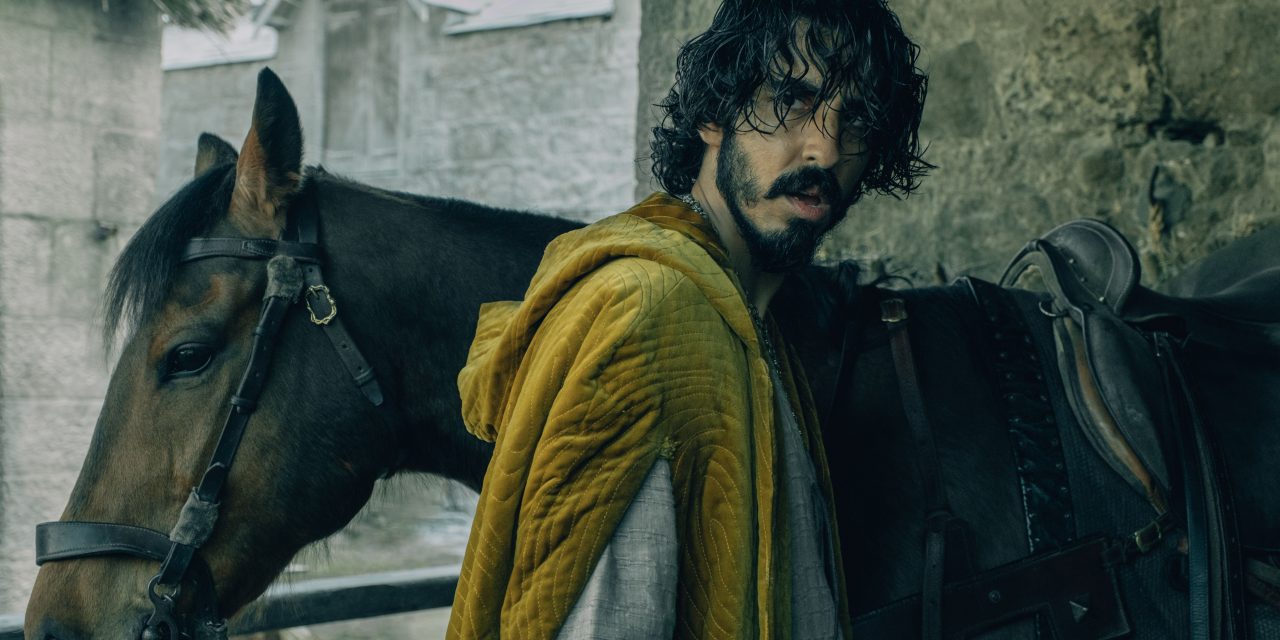 With theaters gradually reopening comes not only new films, but also films that have been delayed since 2020. Along with the reappearance of the summer blockbuster, this season marks A24’s return to the multiplex. Last month, the production company released their dark comedy “Zola” to positive reviews, and this month promises a similar reception for their medieval epic “The Green Knight.” Directed by David Lowery, who previously worked with A24 for the release of “A Ghost Story” (2017), “The Green Knight” not only shows Lowery’s appreciation for Arthurian legend, but highlights his experimentation with epic storytelling.

“The Green Knight” follows Sir Gawain (Dev Patel), the nephew of King Arthur (Sean Harris), who desires to have a tale to his name. To do so, he participates in a game proposed by the supernatural Green Knight (Ralph Ineson), who warns that any slash taken to him will be given to Gawain one year in the future. Gawain beheads the Knight and watches as he picks up his head. As the Knight rides off, Gawain is forced to reconcile with the fact that he’ll be decapitated in a year.

One of the beauties of Arthurian tales, and epics as a whole, is their focus on the events of the journey over the destination. From the “Odyssey” to “The Lord of the Rings,” it’s the interactions along the way that attract the viewer. This fascination is especially present in “The Green Knight,” as numerous predicaments befall Gawain on his journey to the Green Chapel. He encounters armed thieves, talking foxes, Saint Winifred (Erin Kellyman) and many more beings that mentally and physically challenge the knight. Lowery expresses an appreciation for classic epics through his emphasis on the expedition and its consequences.

“The Green Knight” is filled to the brim with stellar performances, including Harris as King Arthur and Joel Edgerton as the lord that Gawain encounters on his journey. However, the strongest acting comes from Patel. He conveys a wide range of emotions, beginning the film as a reckless, pompous addition to the Knights of the Round Table and ending as a reflective character whose appreciation for life only comes at the cost of his own. Some of the best examples of Patel’s scope can be found during this transition, such as when Gawain cuts himself after attempting to break out from entrapment. Here, lost in the forest and alone, the character is forced to reckon with his lack of experience and cocky attitude, leading to an animalistic escape. Although the cast as a whole helps to bring the tale to life, Patel’s performance makes the film a masterpiece. 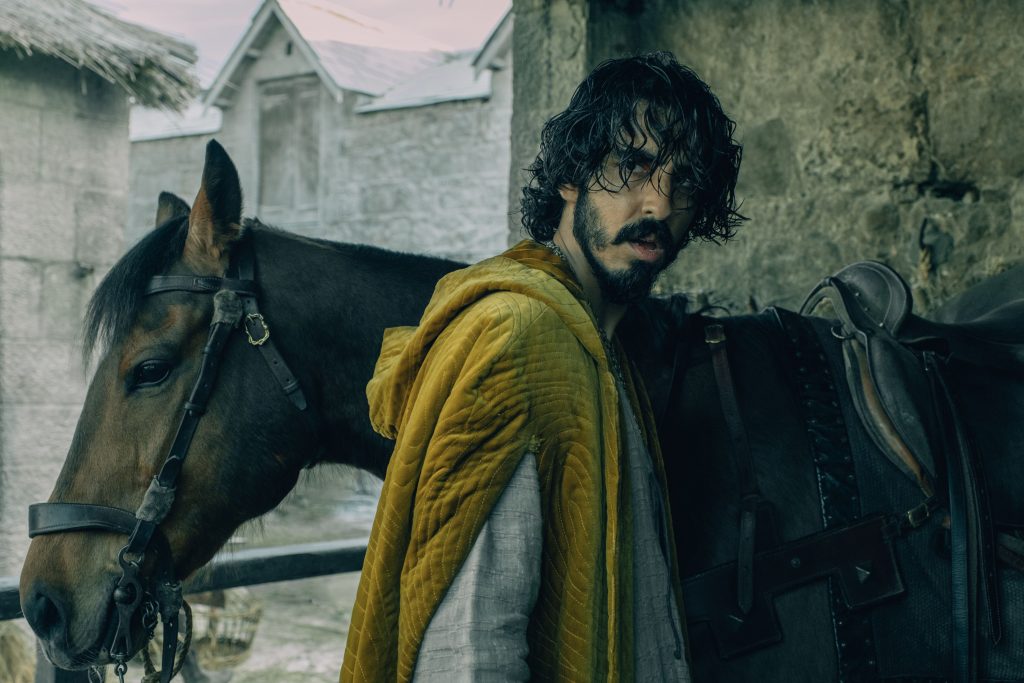 Sir Gawain (Dev Patel) prepares for his journey to the Green Chapel. (A24)

The medieval genre has a tendency to look dreary and depressing, such as in “King Arthur: Legend of the Sword” (2017) and “Robin Hood” (2018). Although neutral colors are used heavily in “The Green Knight,” they do not feel oversaturated. These colors allow for warmer ones to stand out within the film. Gawain’s mustard yellow scarf shines against the ravaged countryside. The fox’s orange hue catches the viewer’s attention against the rocky backdrop of England. The spillage of wine and blood form patterns under the Round Table. Warm colors are minimal in the film, but are used skillfully.

Thematically, “The Green Knight” is about learning that it’s sometimes better to find comfort in mundanity rather than prestige as a legend. While this theme may not seem fitting for an epic, it functions well in the film, as Gawain knows he is going to die at the end of the journey. In other films, although death is plausible for the main characters, it’s rarely ever promised. With the foretelling from the Green Knight, Gawain recognizes how little time he has left and allows himself to ponder the futility of his goals.

Lowery often examines the relationship between storytelling and identity in his films, as can be seen in “The Green Knight” and his previous film “A Ghost Story.” The 2017 film follows C (Casey Affleck), a deceased husband who must watch his wife live and move on. The film provides an antithetical message to “The Green Knight”: Everyone has a story, and the only way to find comfort is accepting that yours will be forgotten. While Gawain goes on a journey to have a tale associated with his name, C watches as his history deteriorates. “A Ghost Story” eloquently contrasts with “The Green Knight,” highlighting the importance and variance of being remembered in cinema.

Films based on Arthurian legend are difficult to perfect. While one can satirize the tales of King Arthur such as in “Monty Python and the Holy Grail” (1975), more often than not, these stories turn into action-packed cash grabs. “The Green Knight” is neither, indulging viewers with a serious tale balanced with elegant camerawork and a masterful attention to detail.