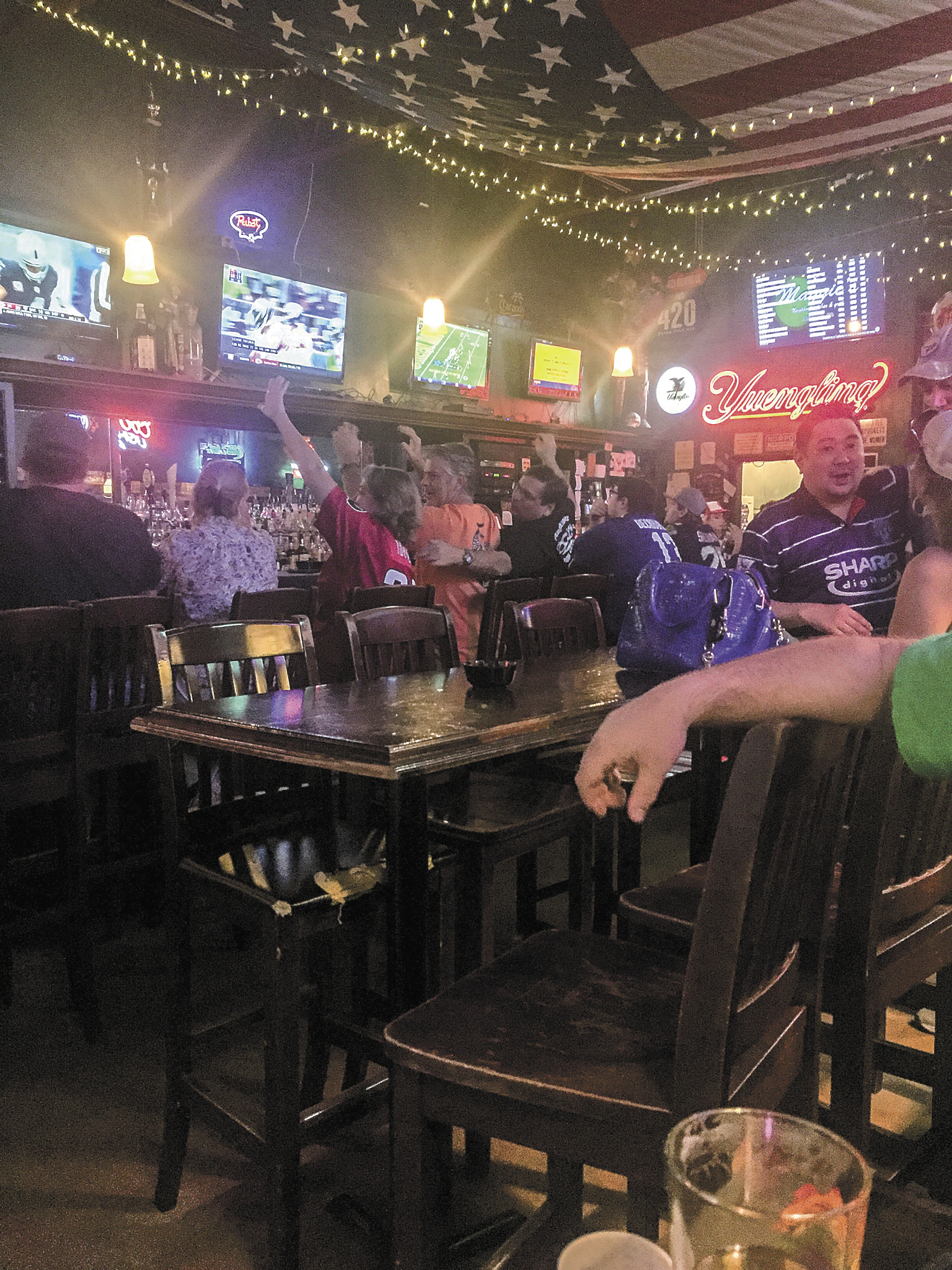 Aditya Prakash: When the name Maggie’s is said to an Emory undergraduate, naturally only one thing comes to mind: quality food. Yes, this bar and grill is evidently a gastronomic mecca, inspiring swarms of students to sing songs of praise toward it.

To the rookies not quite as in-the-know as the foodies who seem to compose the Emory student body we (senior Anmol Mahtani and freshman Aditya Prakash) shall tango with the Gods and truly test the mettle of this respected establishment for you. Is the food deserving of such sycophancy, or do Emory students gather here for a different reason?

Anmol Mahtani: It is 6:30 p.m. Sunday and although some may be in church, I decided to grab a meal at the infamous Maggie’s Neighborhood Bar & Grill. The moment I made the transition from bright sunlight to the dark interiors of Maggie’s, I was intoxicated by loud hums coming from the customers and the TVs, the dimness highlighted by incandescent streams of light and the putrid smell of cigarettes, combined with past regrets.

To my surprise, the bar was flooded with middle-aged people, attentive to the football game at hand. Everyone was drinking hard liquor and beer, and only one out of the 30 customers had food — a tray of fries — before them. As I slipped into a booth, I instinctively cringed knowing that several feet have danced upon the surfaces of these tables and now, food would be served on these same pestilent tables.

It wasn’t until 6:38 p.m. that I was assisted with the menu, only after a gentleman I had just met, Dan, hollered for the waitress’ attention. The waitress apologized kindly and offered cordial services. I was then asked for identification, proving that I was of age to eat food at the bar.

As I waited for my meal to arrive, I struck gold and came across the eighth wonder of the world, known as Maggie’s open Wi-Fi network. I didn’t understand why anyone would want to be connected to their technological devices with the affable community at Maggie’s surrounding them. The Decatur locals gathered to slap each other on the back and cheer for the same team with extreme camaraderie.

AP: As a vegetarian, it was my responsibility to critique for my meat-averse brethren. To my surprise, there was one sole viable option: a grilled cheese sandwich. As I am of the tender age of 18, I was not allowed to sit in the restaurant itself to enjoy my meal, a bizarre company policy to “discourage underage drinking.” Silly Maggie’s, drinking below the age of 21 is illegal — why would anyone do that?

With my takeaway meal warm, I was able to get a fair analysis of my dish. The bread was white, slathered with a generous portion of slightly salted butter. Upon my first bite, I was greeted with a beautiful crunch, similar to the sound of a child playing on freshly fallen autumn leaves. This then transitioned into the oozing, gooey, salty-sweetness of a copious amount of melted American cheese, which gushed into my mouth like sticky lava, perfectly balancing the rugged texture of the bread. Although my arteries were shouting “cholesterol-induced aneurysm,” my soul sang praises  of this symphonic symbiosis of texture and flavor, which juxtaposed the standard banality of an American grilled cheese sandwich.

Yet, it is only after the peak of ecstasy when one can truly taste the sourness of defeat. This sandwich was so thoroughly let down by the trite labelled as french fries. I reached for a fry, swimming in a pool of oil, just as I was about to swim in a pool of disappointment, and dipped it in a swig of ketchup. Thinking I would achieve the same type of heavenly harmony as before, I was instead greeted with a soggy burst of oil and the bitterness of beer batter. To top it all off, the side was saltier than a student asking his or her professor to regrade a midterm, without even the sweetness of a honey mustard to balance it. My tongue was transported from the highest of heavens to the bottom of Tartarus.

AM: The Maggie’s menu listed several items to fulfill every meat-lover’s dream. Intrepidly and with low expectations, I ordered the corn dog basket with a side of beer-battered onion rings. The food came relatively quickly, and I was dining like a queen by 6:43 p.m. The corn dogs were crispy brown, bite-sized and shaped like tiny tadpoles, whereas the onion rings were a golden brown and large enough to fit around an infant’s wrist. Upon my first bite, I was surprisingly delighted by the tantalizing, intricate textures and tastes within the mini corn dog. I first savored the crunchy outer layer amalgamating with the sweet, buttery, familiar taste of Southern cornbread and my palette was finally satisfied by the contrast of flavor, provided by the savory, salty sausage in the middle. A happily humming Dan, who had been offered a corn dog, solidified my approval towards the satisfaction of the meal.

As I chomped into the freshly made onion rings, I experienced a seasoned, crunchy texture that offered extreme warmth and comfort. Alas, not all things can be completely good: with the amount of oil used within the meal, especially the onion rings, I could fill my gas tank to drive from Maggie’s to Emory’s main campus.

AM: Overall, I give the dining experience of Maggie’s a C+: if it wasn’t for the nauseating smell of cigarettes, the dining grade would shift significantly upwards due to the enjoyable community and regrettably, yet necessary, indulgent foods. That being said, despite what my innocent, freshman writing partner may think, does anybody actually go to Maggie’s for the food?

Didn’t think so. You do you, Maggie’s, with your cheap drinks and fun atmosphere.