The Fascist Expansion of Kaldi’s 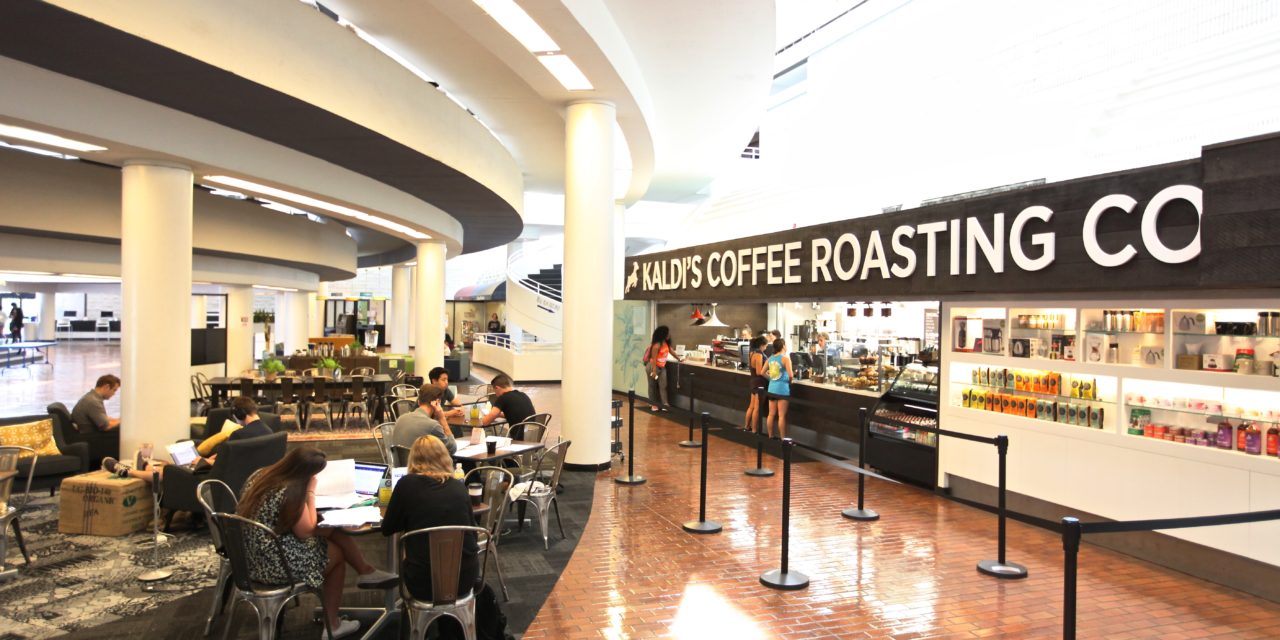 I must first and always admit I am a person bothered by the smallest inconveniences. Not because I am wholly ignorant to the plights of this world, but because it is from mulling over the minuscule, trivial issues I become content. So, picture me, a nebbish Emory senior on his first night back, looking for food at midnight because he forgot to eat earlier in the evening.

Since freshman year, I knew there was always one alternative to the garlic stain on humanity known as Domino’s: Zaya’s. Also known as “Dooley’s Den,” the train depot that runs alongside Eagle Row was always reliable to the sobering and insomniac. I’m never going to say the food was perfect, but the ever-eclectic meal of gyro salad and cheesecake was a comfort to us all. To my consternation, I arrived at the Depot only to find the building shut down for remodeling.

In my time away, the Powers That Be decided that we, the Emory community, required another Kaldi’s on campus. Maybe it’s the dismay of having to wait several hours for Rise-n-Dine, maybe it’s my general distaste for Kaldi’s. However, it’s been two weeks now, and I still have a sour taste in the back of my throat.

This is not an essay defaming Kaldi’s in particular. Despite spending two months this summer drinking in the coffeehouses of Vienna, I do not feel capable of generating valid criticism on the brewing methods that the alternatively styled workers at Kaldi’s concoct. In the end, the difference between the food of Zaya’s and Kaldi’s is only the most futile difference in carbs and starches. It is not my job to condemn the oils that coagulate in Kaldi’s food — that is for the eventual prognosis of our digestive tracts in 20-or-so years to say.

Rather, what concerns me is the expansion of Kaldi’s with two new locations within less than a five-minute travel of each other. Yes, two. Kaldi’s has also conquered the cafe bar of the medical school. I understand that, for some, the use of the term“fascist expansion,” is a tad provocative or a smidge “politically charged.” I did not necessarily choose this term so much as the term chose the situation. The reasons for acquisition of territory in either case prod the same question: Who asked for this? Who does this benefit?

I cannot testify an answer to either.

Sure, I will peruse the Kaldi’s in the DUC before and after meetings for the Emory radio, WMRE, but this is less in support of the Kaldi’s state as it is in my inability to take more than the required number of steps home. But after the first few weeks, I required something different. The menu at Kaldi’s can only entertain me for so long. I happily walked the extra three minutes (I have long legs and duck feet) to either Zaya’s or the Rollins Cafe for more variety. I remember that in every step over and under the bridge that stretches behind Longstreet-Means Hall, I affirmed my want for something other than the Kaldi’s muffins, whose oils collect near the bottom, providing a headache for all who venture too deep. During those hectic weeks of junior year, it was the meager variety between a latté with heavy cream and soy-soaked sushi that provided the illusion of freedom in my banal schedule. It was these small measures of difference between meals that kept me going.

This is not an attempt to paint myself as an exemplary eater. In one particular month, I subsisted only on the coffee and muffins of Peet’s. I am not here to postulate what is the best meal. But what I am here to say is that, after that month of love-handle fostering meals, it was the absolutely verifiable difference found in Zaya’s (newly added!) waffles that secured my sanity between my second and third midterm exams. I feel that the monotony of any particular schedule has us run the risk of losing something vital in our movement. The more often I sat at Peet’s, the more I felt permanently glued to my seat in the corner. This lack of difference does something to our will to experience, to travel outward.

This is why I consider the procedural generation of more Kaldi’s a threat: This conglomeration of dining signifies an impotency of variance in our lives. Routine without mix-up hinders our ability to process and manage the stresses that wear us down daily. I feel the intention behind the Anschluss is understandable, if misguided. I attended an Emory Dining meeting last May, where I asked if the white bread on campus could be replaced with whole grain and marble rye (my reasoning being that no one would notice anyway, so why not feed them a slightly healthier carb overload?). During the meeting, two students complained of the lack of availability of Kaldi’s at peak hours, 11 a.m. to 2 p.m. specifically. I feel that, after the meeting, Emory Dining understood the complaint by this vocal minority to mean that more Kaldi’s meant happier Emory students.

I would like to opine that you could put any dining experience with coffee and sugar in the DUC, and it will make a profit. The intention, I believe, is that Emory students would benefit from more of the same, almost-satisfying Kaldi’s experience. I would posit that I would have made a similar call-to-arms if it were Dunkin’ Donuts enveloping the campus like an adenoid. This was an obvious attempt to please the largest number of people with the most encompassing of experiences.

But, I believe that even if one could somehow make the most encompassing and inclusive experience imaginable, people will still not agree. I know this from personal experience. I’ve worked in the Emory Radio to provide the most accessible concerts to campus, only to meet seniors outside an ongoing concert (with the performing musician next to me) who ask, “We have a radio?”

It is a naïve endeavor to say one single dining experience, like that offered by Kaldi’s, will please everyone. Rather, it is the differences between experiences, however miniscule they may seem, that allow us to develop by what defines us rather than congeals us. This is not only an opinion of a dining experience that I will soon leave. What I push for is this understanding: Emory is best represented in the active celebration of variety, whether it is passionate conversation over passable coffee or drunken laughter from a desolate depot long past midnight.

Zach Issenberg is a College senior from Fort Lauderdale, Florida

Buzzed: How shaving my head made me let go 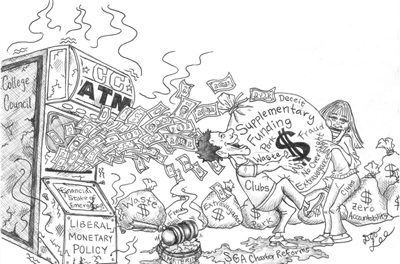