The Experience After Emory: Gabrielle Starr 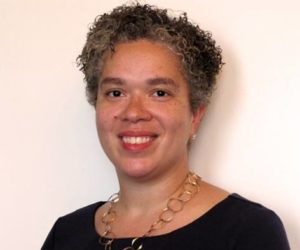 When she was just 15 years old, Dean of the College of Arts and Sciences at New York University G. Gabrielle Starr (93C) left her hometown of Tallahassee, Fla., to attend Emory University. Despite her initial plans to double major in chemistry and music on a pre-medicine track, she graduated in 1993 with bachelor’s and master’s degrees in women’s studies. Starr then spent a year at the University of St. Andrews as a Bobby Jones Scholar, and later earned a Ph.D. in 18th century literature at Harvard University. Beginning July 1, Starr will continue her time in academia as the president of Pomona College (Calif.). Starr spoke with The Emory Wheel about her experience at Emory and the importance of exploring education.

At some point in your college career or after, do a little bit of dallying in something intellectual that is not really goal-oriented because it gives you room to be surprised.

Students today are so very driven and give themselves so little latitude sometimes. Take every moment that you can to just sit down and look around you and suspend your forward momentum for a little while, because I think you will find that helps your sanity and it gives you perspective.

It’s crucially important to not just have a bird’s eye view of an institution that you’re living and working in and trying to lead. Try and continually keep local perspectives in mind, what people see from where they are situated, because that’s just as valid as the viewpoint of somebody who’s trying to look at everything at once.

It’s always better not to assume before you walk into a situation what people’s reactions are going to be. Go in with an open hand, and you’ll find that people will reach back to you because you can find allies and friends in unexpected places.

Some of the most extraordinary times I had [at] Emory were those late night conversations with other students where you’re just throwing ideas around and seeing where they land. I was really lucky at Emory in that everyone I knew was so intellectually curious.

The very thought of all of those different classes and all the things that I could learn was just the most intoxicating thing that I could possibly imagine.

Do not obsess about your major. If I [had] a nickel for every time somebody asked me “What are you going to do with that women’s studies degree?” I would have a lot more money than I do now.

With any degree, you hone your mind to think critically about something important that matters in the world, about human history, about human experience, about the physical world. What is most important is that you find something you’re passionate about that then enables you to mature as person, so that when you go out into the world you’re able to adapt to changes around you.

The value of a college degree is as good as it ever was. You just have to make the most of it for yourself.