The Epochs of Goldwater and Reagan Conservatism Must End

The Republican Party is not what it used to be. In the 1960s, Sen. Barry Goldwater (R-Ariz.) spearheaded its push into hard-line fiscal conservatism, swearing to curtail government programs whenever and wherever possible. Two decades later, under President Ronald Reagan, the party established its preference for religious liberty over civil rights to curry favor with evangelicals and social conservatives.

Today’s GOP continues to uphold the divisionary social conservatism that began under Reagan while adhering to Goldwater’s extreme distaste for government spending. The 2016 election saw a lurch to the right bear significant fruit.

President Donald Trump finally married those party dogmas with racist appeals to the far right and cemented the GOP’s fixation on a toxic conservative fiscal policy that derides anything besides reduced spending and tax cuts as dangerous socialism. In light of Trump’s defeat, however, Republicans should seriously reconsider their obsession with fiscal ultraconservatism, the sidelining of civil liberties for religious voters and their nativist populism.

As did Reagan and Goldwater before him, Trump has arguably become a conservative legend, and regrettably so. None of them deserve anything near reverence. Instead, their guilt in turning the GOP into a vehicle of partisan vitriol and senselessly pushing their party to the right warrants policy modernization on Republicans’ part and condemnation on ours.

Goldwater ushered in the modern era of conservative deficit hawks by advocating for broadly lower spending and by leading the charge against former President Franklin D. Roosevelt and former President Lyndon B.  Johnson’s successive expansions of the federal government. Moreover, he set the standard for the right’s militant aversion to expanding civil rights and communism. Today, those positions are mainstream to the Republican Party. 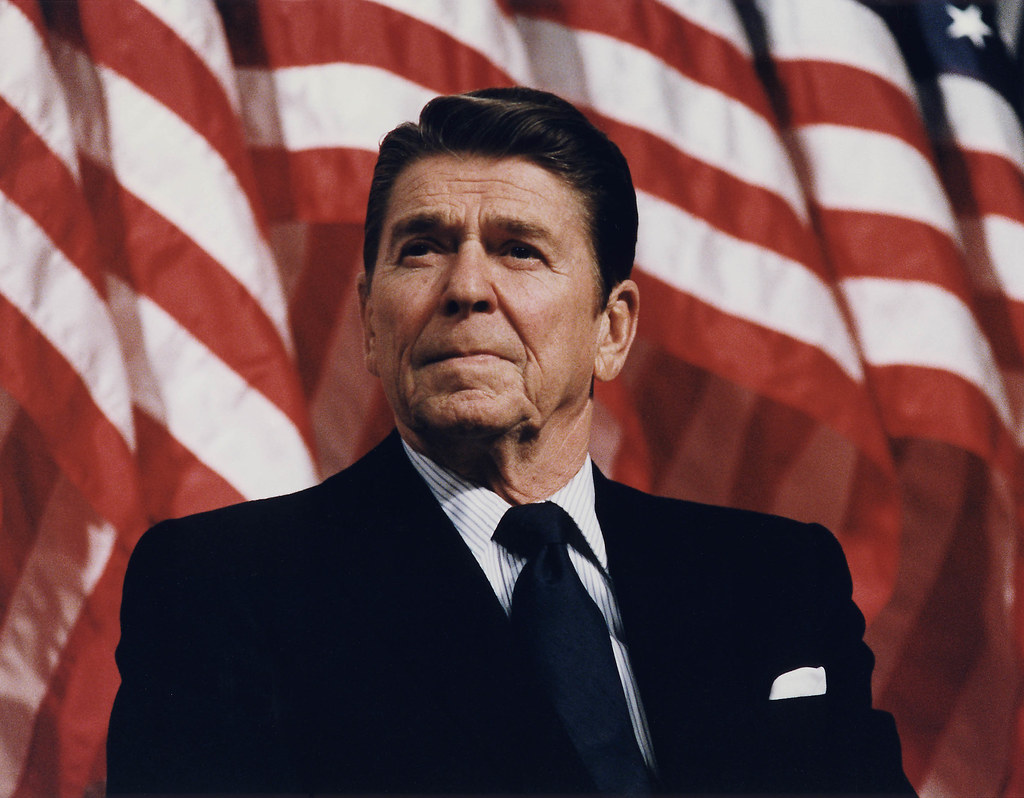 Prior to the 1970s and 1980s, the Republican Party supported the expansion of civil liberties, but former President Richard Nixon’s “Southern strategy,” in which the party shifted to court disenchanted conservative Southern Democrats, changed that. In conjunction with the conservative backlash of the Reagan Revolution of the 1980s, this allowed Republicans to welcome social conservatives and religious groups disaffected by liberal Supreme Court rulings in the 1960s and 1970s. Consequently, religious voters, who claim the government should actively promote Christian values, hold the ostensible party of small government hostage.

Frankly, their attempts to impose religious homogeneity on the U.S. is remarkably hypocritical for a party claiming to champion small government. Their staunch support for religious causes, as is evident in their attempts to undo Roe v. Wade and challenge Obergefell v. Hodges, has done nothing but undermine their former support for civil liberties in the 1950s and 1960s. Ultimately, their religion and race-motivated opposition to civil liberties and staunch fiscal conservatism led to the man variously termed an aberration and an inevitability: Trump.

Having become the party of fiscal responsibility, traditional values and small government, is the GOP’s complicity in Trump’s rise really so surprising? Using xenophobia and a compelling populist message, Trump has pushed the Republicans farther to the right than ever before. Today’s GOP looks more like a far-right party in Europe than itself in the 1980s. Given Trump’s success in 2016, his delivery on key issues and his apparent assistance of Republican House and Senate candidates in 2020, many members of his party have blindly followed suit. They do so at their peril.

Though Trumpian nativism may have won a few battles, it will lose in the long run. As the U.S. becomes less white, less religious and more open to government interventionism, it will cease to be a viable political strategy. Instead of precluding political growth, Republicans should reverse course on their divisive politics, heed their own conclusion that requires tamping down the culture war to win after their 2012 loss and work to garner support with minority voters. It’s time they return to their roots: a diversity of reasonable, broadly conservative solutions.

Rather than continue down this frightening path of pandering to the ultraconservative segments of its base, the GOP should tether itself to the former liberal and bipartisan wing of the party championed by the late President Dwight D. Eisenhower and former Vice President and Gov. Nelson Rockefeller (R-N.Y.). That wing of the party expanded civil rights and advocated for an ambitious government. Then, Republicans had a practical approach to balancing government and social spending even as they called for traditionally conservative tax policy. If the GOP could return to that platform, they might shed their reputation as a party of ultraconservative, populist, religious kooks in favor of one marked by sensibility and tradition.

The party could regain ground with moderate suburban voters disillusioned with Trump, gain support with minority voters and reclaim the mantle of compassionate conservatism. Most advantageous of all, they’d be able to cast off the religious zealots and present themselves as the conventional business-friendly party — there’s nothing intrinsically horrible about having centrist parties representing traditional right or left interests. Rather than remain beholden to far-right and illiberal forces furthering the partisan divide, they could usher in a new era of bipartisanship.

Their electoral calculus notwithstanding, the Republican Party has a history to uphold, and right now, their schismatic politics is tarnishing it. Trump frequently cites former President Abraham Lincoln as an icon of Republican excellence, but to truly honor Lincoln, his partisans should dump Trump and the standard-bearers of new conservatism to make themselves respectable again.