To nobody’s surprise, the three presidential debates between Hillary Clinton and Donald Trump were relatively light on policy ideas and substantive dialogue. While myriad issues face our country that deserve serious discussion, the two most unpopular presidential candidates in recent history seemed content to drag the discourse down to the lowest common denominator, hurling zingers about everything from allegations of sexual misconduct to foreign interference in the election. Between all the shouting, interruptions and “gotcha” moments, one important issue escaped mention almost entirely during the debates. A total of zero questions were asked about climate change, and the entire topic received only a passing mention by each candidate over the course of three debates. Any viewer could be forgiven for believing that Trump’s tax returns were a much larger issue than climate change, as they were discussed multiple times at length in every debate.

Unfortunately, American media and politicians have chosen to ignore the issue of climate change at precisely the wrong time. This past September, carbon dioxide levels in our atmosphere failed to fall below 400 parts per million (ppm) at their typical annual low for the first time since recordings began in 1958. By looking at data from ice cores, scientists have determined that carbon dioxide levels have in fact never been this high in the past 800,000 years, and have increased an astounding 43 percent from pre-industrial levels. While this data point has escaped attention thus far from the presidential candidates and American people, it has serious consequences for the future of our country and planet.

Since the beginning of human civilization, carbon dioxide levels in our atmosphere have ranged from approximately 180 to 280 ppm, only spiking to 400 ppm in the past century. While this means carbon dioxide is only around .04 percent of our atmosphere, small changes in its concentration are incredibly important. Carbon dioxide is a greenhouse gas, with every small increase in atmospheric concentration trapping a large amount of additional heat. Since the human-emitted carbon dioxide has few natural mechanisms for removal, it can linger for hundreds of thousands of years, preventing more heat from escaping and continually raising Earth’s temperature.

We are already beginning to see the effects of this. Global temperatures have risen over 1.5 degrees Fahrenheit from their 1951-1980 baseline, the most rapid increase in recorded history. This is most pronounced in polar regions, which have seen warming up to 7.2 degrees Fahrenheit. As ice melts from landmasses such as Greenland and Antarctica, the sea level has already risen four to eight inches.

The real trouble, however, will come in the future. In 2014, the Intergovernmental Panel on Climate Change (IPCC), an organization convened by the United Nations to aggregate scientific research on the subject, released its fifth report. The study identified four potential future pathways, with projected future temperatures based on different levels of carbon dioxide emissions. The most optimistic pathway assumes an emissions decrease beginning in 2020 and a net-zero emissions planet by 2100. This would lead to a temperature increase of 3.6 degrees Fahrenheit, which would “only” cause sea levels to rise two meters. The worst-case scenario, involving a business-as usual-approach with no emissions cuts, could cause a temperature increase of up to eight degrees Fahrenheit by 2100. This would commit the world to a seven-meter sea level rise, a level that would flood most coastal cities. As stated in the IPCC report, this would mean “severe and widespread impacts on unique and threatened systems, substantial species extinction [and] large risks to global and regional food security.”

With these widespread negative impacts predicted, action is needed to avoid the most severe consequences of climate change. World leaders last attempted to address the problem in 2015, when 192 countries at the 2015 United Nations Climate Change Conference signed the Paris Agreement, agreeing to emissions cuts to keep temperatures from rising more than four degrees Fahrenheit. In the United States, the Environmental Protection Agency (EPA) created the Clean Power Plan, which requires states to cut emissions from coal power plants, one of the largest sources of carbon dioxide emissions. However, 24 states are suing to block implementation, throwing the U.S.’s commitment to meeting its climate obligations into doubt.

Despite the seriousness of the issue and large policy debates currently taking place, climate change has been notably absent from the 2016 presidential campaign. Trump’s website contains no mention of the subject and calls for an increase in oil drilling, perhaps not surprising for a candidate who once dismissed global warming as a Chinese hoax. Clinton’s plan mostly consists of a continuation of the current Obama administration’s policy, which is currently mired in court battles and relies on individual states to take action. Neither approach is sufficient for combating what is likely the greatest threat to our country and planet. Actions such as a carbon tax or cap-and-trade plan, which would pass on the true cost of carbon emissions to the biggest polluters, are necessary to prevent the worst consequences of climate change. Bold actions such as these require bold leadership capable of overcoming political obstacles and demonstrating the U.S.’s commitment and resolve to protecting our environment to the world.

Thus far, both Clinton and Trump have fallen short. The two top candidates for our nation’s highest office have shown the American public that reviving past controversies and slinging personal attacks are more compelling topics than putting forward a genuine plan to fight rising temperatures. This country deserves better. The next four years will be a critical time for climate policy, both in working to mitigate the consequences and adapt to the impacts of rising temperatures. America needs a president who is willing to stand up to energy interests, bought-off politicians and most of all, public apathy. Actions we take now can prevent catastrophic impacts, from economic and environmental to social. We, as American voters, must demand answers from our candidates on their ideas and solutions to one of the country’s most pressing problems. The arguably most important issue to the future of our world should not be allowed to become the least discussed one on the campaign trail.

Andrew Kliewer is a College freshman from Dallas, Texas. 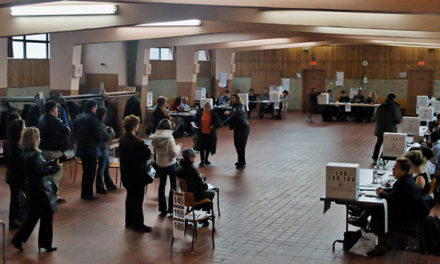 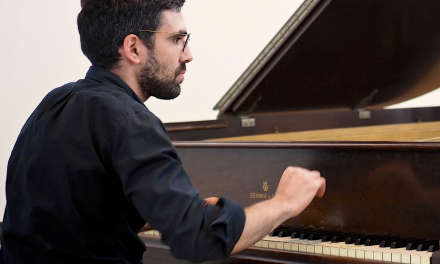