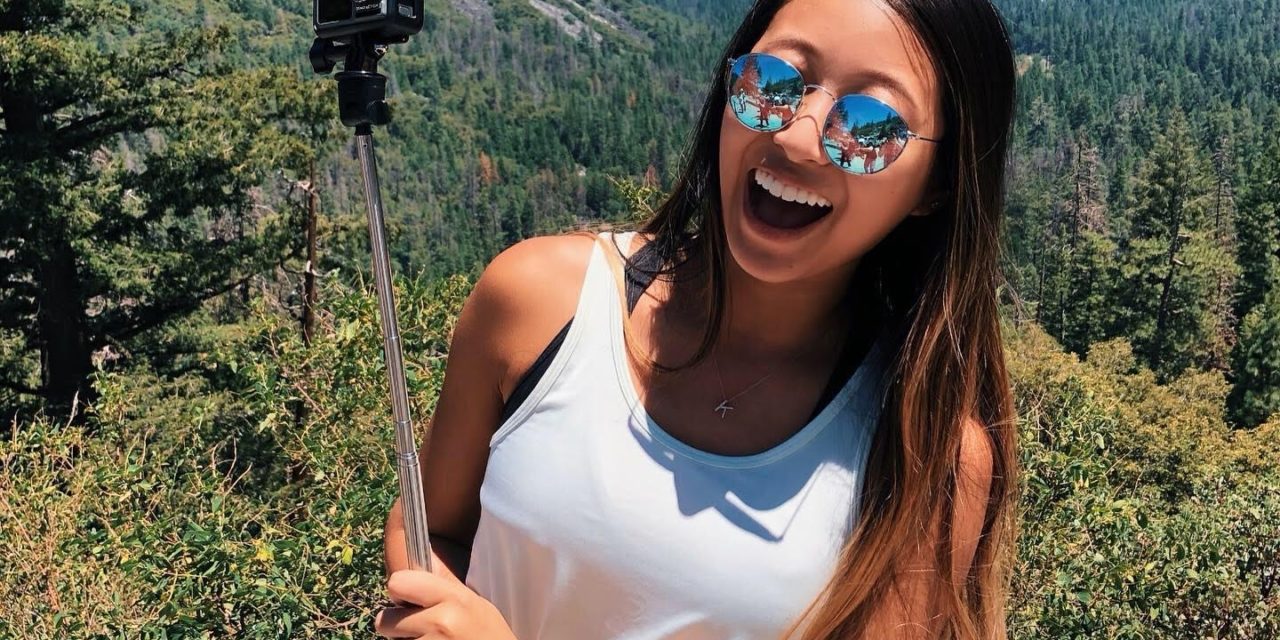 Katie Lee (22B) recently hit a major YouTube milestone, accumulating over 10,000 subscribers on her channel where she vlogs about her college life and travels. Lee vividly remembers watching her most popular video, in which she reacted to her college admission decisions, accumulate 10,000 views, and then 100,000, until eventually reaching a whopping 1.8 million.

Lee got the idea for the video while watching people react to their own college acceptances and rejections. After applying to 16 colleges, Lee thought she would record her own reactions with no intention of making it viral.

As the views grew exponentially on the video, Lee remembered thinking, “It’s not going up from here. It’s gonna plateau.” But the views continued rolling in.

With that one video alone, Lee passed the monetization threshold of 1,000 subscribers and 4,000 hours of watch time, and can now collect money from her channel.

Lee’s friend Becky Cloud (22C) attributed the video’s success to Lee’s willingness to share not just her acceptances, but also her many rejections.

“She can be very relatable,” Cloud said. “I think people really enjoyed that, to see, like, ‘I’m not the only one that got rejected from all my schools.’” 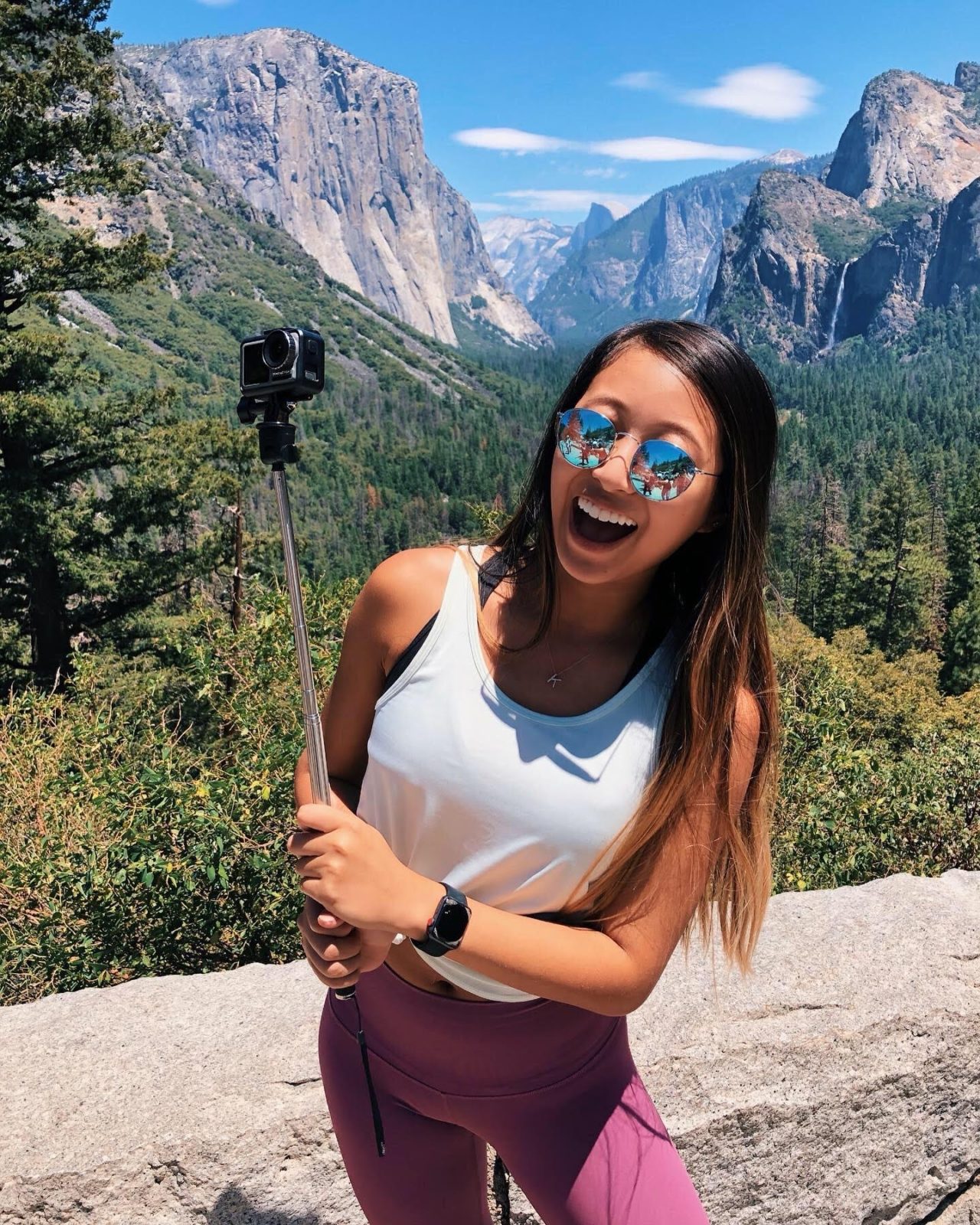 Katie Lee (22B) recently hit a major YouTube milestone, accumulating over 10,000 subscribers on her channel where she vlogs about her college life and travels./Courtesy of Katie Lee

Katie Lee (22B) recently hit a major YouTube milestone, accumulating over 10,000 subscribers on her channel where she vlogs about her college life and travels./Courtesy of Katie Lee

Though the Naples, Fla. native claims that she is “just normal,” she plans to continue to grow her channel and surpass 10,000 subscribers.

While students at many other universities make videos detailing the ins and outs of college life, Lee is one of few who study at Emory.

“Emory honestly didn’t have any college YouTubers,” Lee said. “Before I came to school … I was looking on YouTube … trying to get videos about Emory before I came …  And there was just not much there. So I think coming into Emory I was like, ‘Oh, I want to do more of that.’”

Lee now films the majority of her videos on campus, but has also filmed videos at home or when traveling. She said that producing a video can take countless hours of filming and editing, so she does not upload on a regular schedule.

At the Goizueta Business School, Lee studies finance and marketing. She said that training in analytics and other data analysis have informed her channel’s growth strategy.

Outside of school, Lee participates in a myriad of organizations including the Alpha Delta Pi sorority, Alpha Kappa Psi business fraternity, Emory Student Ambassadors and the Goizueta Investment Management Group. She ultimately plans to pursue a career in business, possibly as an investment banker.

Lee’s YouTube journey actually began in middle school, when she got inspired by YouTubers with beauty-focused channels. After watching several makeup tutorials, Lee decided to create her own.

“I posted one that was probably like 30 minutes long, in like seventh grade,” Lee said “[The video] did not go anywhere. It was actually really embarrassing, so I ended up deleting it.”

For the next few years, Lee only filmed videos for her own personal enjoyment but didn’t upload them. Then, on Aug. 15, 2017, she uploaded the first video on her channel, titled “China Adventures,” a travel vlog documenting her trip with a student organization across some of China’s deserts and villages, inner Mongolia, Beijing and Shanghai.

“I wrote a journal every day too, and I have this big scrapbook of my experience there,” Lee said about her trip. “I wanted to document that experience. I’ve done that with pretty much everywhere I travel. I always take videos.”

Lee, who described herself as “very sentimental about memories,” said that YouTube gives her a way to look back on her life.

“I think it makes a real difference when there’s a larger amount of people that actually want to see what I do, and see what college life at Emory is like,” Lee said.“It’s been a motivating factor.”

Lee’s roommate Tara Martin (22C) noted that Lee is always at work on her channel, even when not filming.

“She’s always busy, but she always finds time to … create content,” Martin noted. “I think … in the back of her mind … her wheels are always turning, [thinking about] what she can do next.”

Cloud also said Lee’s vlogging connects with viewers because of its spontaneity.

“She’s creative, always looking for opportunities to capture her life and vlog,” Cloud said. “She just gets these spur of the moment ‘I’m gonna vlog today’ [thoughts]. She doesn’t really plan it out.”

Lee said that filming on campus used to feel a bit awkward, and she remembered holding her phone down low so people could not tell she was filming. However, filming in public is just one of several difficulties in running a YouTube channel. The most time-consuming part comes after filming.

“Combing through footage is so painful, especially if you have so much that you have to cut hours into 10 minutes,” Lee said.

In addition to filming, editing and constant brainstorming, Lee also designs thumbnails, writes descriptions and finds music to make her videos more engaging. These tasks together add up to incalculable hours of time per video. Nevertheless, Lee enjoys the hobby.

“I do the videos because I enjoy [them],” Lee said. “I don’t do it because I want to be YouTube famous. And I do it when I have time. I don’t make it my job.”

After college, Lee sees her channel becoming more about her adult life as she enters the business world. Lee said she would like to make videos “on the business world in general” because she feels that YouTube does not have much of that content.

She pointed to YouTuber Mikhail “Doctor Mike” Varshavski, a family medicine doctor with over 5 million YouTube subscribers, as an example of how YouTubers can tie both work and personal life into a successful channel.

As Lee continues to make content while balancing school, she advised aspiring YouTubers to reconsider their desires for profit and increased subscriber counts.

“You have to actually enjoy it to be able to do it,” Lee said. “You just have to stand out in a way. It’s kind of like applying to college, and like anything else you do in the world.” 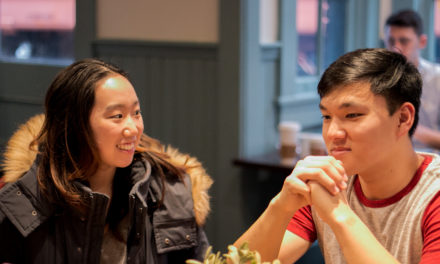