George Floyd’s murder in late May has sparked a worldwide wave of protests calling for comprehensive police reform and an end to systemic racism, which has plagued the United States since before its inception. While protest is a constitutionally protected right in this country, local and state governments have attempted to break up protests, placing curfews on cities and arresting and beating protestors under the guise of legal protection. In these situations, it is the protestors who are fighting for civil rights that are painted as criminals, while authorities who abuse their power are seen as the defenders of law and order. In the wake of these protests, it has become apparent that simply because something is legal does not make it just.

At several demonstrations, civilians and reporters have been targeted by police, beaten, tear gassed and shot at with rubber bullets. Though some political leaders and reporters have condemned such acts, they are, nevertheless, legal uses of force. It is under this shield of legality that the federal and state governments attempt to justify these acts.

Americans must not tolerate injustices simply because they are legal; legality does not imply morality. The U.S., in particular, has a long and dark history of perverted criminal justice. Advances in civil rights, ranging from enfranchisement to expanded citizenship and marital rights, only came about because individuals had the courage to stand against unjust laws and practices.

Had I been born just 30 years earlier, my very existence would have been illegal. My grandfather, a Black man who fought for this country in Korea and Vietnam, was forced to travel to Japan and embrace a completely foreign culture because his own country refused to legally recognize his love for my grandmother. When he returned to the U.S., he and his family were greeted by threats, slurs and continued legal violence. Neighbors would sit on their porches with guns aimed at him, directing slurs that would stick with him a half century later. These psychological attacks against my family were shielded under the law. 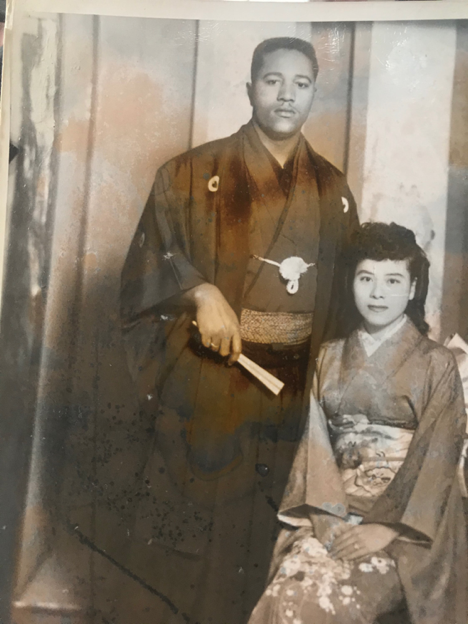 Sadly, my grandfather’s story is not unique. The U.S. has long failed to afford Black Americans equal protection under the law, as they suffer disproportionately high levels of incarceration, murder and economic disenfranchisement even today. Despite the fact that the U.S. Constitution guarantees equal protection under the law to all its citizens, the U.S. criminal justice system is structured in a way where equal justice is merely an ideal, not a reality.

The charges brought against all four of the police officers involved in Floyd’s murder is a good start, yet significant work is still needed. After three months, charges still haven’t been brought against Breonna Taylor’s killers, and racially motivated crimes continue to plague this nation. Until we, as a nation, come together to root out the racism inherent in our system of law and order, Black Americans like Floyd, Breonna Taylor, Ahmaud Arbery and so many others will continue to suffer at the hands of a broken system. Merely acknowledging the wrongdoings of this country’s past, while doing nothing to actively change the systems that perpetuate these injustices, accomplishes nothing, and allows for the notion that Black lives are somehow worth less than white lives.

It is not enough to simply incarcerate murderers, to spread awareness on social media for a few weeks and then go back to life as normal. For this country to truly combat systemic racism, it needs to take time to reflect on how its systems of education, policing and employment work. Actions such as the disbanding of the Minneapolis police department are bold decisions that may usher in a new way for Americans to live with one another. At their core, humans overcome their greatest struggles through innovation. To combat the evil of racism, Americans must continue to innovate and seek new ways to achieve true racial equality.

You may be wondering how you can protest peacefully, especially as the world attempts to manage a pandemic. While attending in-person protests is the single best way to raise an issue’s visibility (in fact, physical protests are so effective that U.S. President Donald Trump has encouraged foreign heads of state to meet with protesters), alternatives do exist. Protests in San Diego and other cities have managed to combine physical protest with social distancing by using protest caravans. Thousands of users have taken to social media to discuss institutionalized racism and criminal justice reform, and others have started crowdfunding campaigns to benefit civil rights groups and provide bail funds for protesters.

Life for Black Americans in the U.S. is already fraught with significantly more challenges than that of white Americans. It is only right that we, as a country, unite and overcome this struggle together. While changing how centuries old institutions operate may seem impossible, it is only through sustained protest and action that progress can be made.