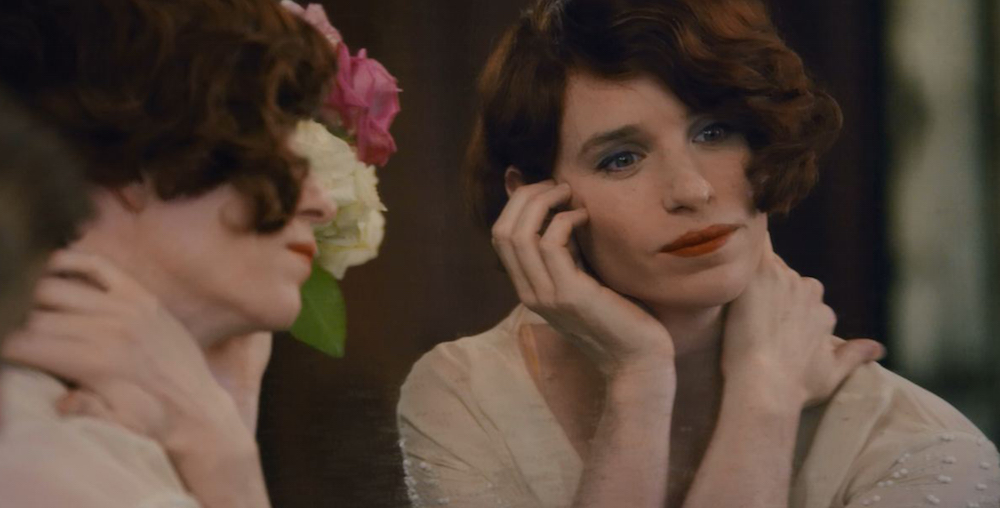 I don’t know if I’ve ever been more conflicted about a film than I have been about The Danish Girl.

On the surface, it’s everything I hate. A cloying, undeservedly sentimental play for “respectability.” A director who can’t seem to seek an ounce of nuance in his images or his storytelling. A set of performances that easily seek to check boxes more than actually live and inhabit a character. It’s the kind of film that in lesser hands would be called “Oscar-bait,” when I’d more honestly call it “praise-bait” — a film that asks for applause for being the kind of important adult film that “they just don’t make enough of these days.”

Yet, I actually found myself enjoying this one. It didn’t hit me deeply, but there was something about the film that kept me engaged, caring about how it would ultimately turn out for the couple at the center of this film.

The Danish Girl is inspired by the real-life story of the first transgender woman to successfully undergo sexual reassignment surgery. It follows Einar Wegener (Eddie Redmayne), a minor Danish landscape artist, and his wife, Gerda (Alicia Vikander). After a night during which Einar crossdresses to have a bit of fun with the stuffy local art scene as Lili Elbe, Einar’s cousin, Einar gradually begins to realize that Lili is who she really is, and seeks to live as an authentic self and reconcile that identity split.

Interestingly, the film isn’t just about Einar/Lili. It’s about Gerda, too. It’s about the relationship between the two of them as it shifts and goes up and down — perhaps a little too much, honestly. It seems that the film is more about the pain Gerda feels than about exploring Einar/Lili’s psyche.

I’m going to explain that the use of Einar/Lili throughout this review is deliberate, speaking to some of the peculiarity that surrounds the portrayal of the character in the film. Essentially, The Danish Girl asserts the two as separate characters, as one person who is killed and replaced by another. While it seems that the real Lili did indeed feel that way about her transition, it’s the way that it’s handled in this film that seems…off. It is not portrayed in a way that’s wrong or overtly offensive, but there’s just something off.

For example, I want to take a particular look at a scene that takes place shortly after the first time Lili makes a public debut as Gerda’s accompaniment to an artist’s ball, when Einar goes to a ballet dressing room and privately examines his own body. It’s a show of the dysphoria that is beginning to consume Einar. He holds the silks of woman’s clothing up close, almost in a sexual and seemingly fetishistic manner.

That’s the first problem. It seems as though Einar’s eventual transition into Lili is portrayed in what comes across as a fetishistic manner, an obsession with the touch and feel of things. And it’s later on that it shifts to an expression of an authentic self, even after we’ve spent so much time with the transition as a form of fetish.

Even more unfortunate is music choice during this scene. The usually on-point Alexandre Desplat makes the dramatic music played during Einar’s examination of his body, the catalyzing point for the transition, sound like a horror film score, like a dramatic and evil moment. It makes the scene difficult to read as anything but tragic.

It’s especially difficult given that the whole of the film is so incredibly literalist and surface-level in its filmmaking. Tom Hooper is a filmmaker I’ve never found a lot of pleasure in. His boutique-style photography is handsome in the same way a nice family portrait is, but there’s about as much artistic depth to it as there is to that same nice family portrait. It seems as though Hooper is unable to resist the urge to literalize every single image in his film, and this is not a film of literal images. There’s a lot of confusion and difficulty in telling this story and it requires a much more nuanced filmmaker — and Hooper is not a nuanced filmmaker at all. He’s a big television-esque point and shooter trying his best to create a sense of style that doesn’t ever seem to mean a damn thing in his films.

The script doesn’t do him a whole lot of favors. It’s constructed well, but it seems to be afflicted with quotable line syndrome, where every line needs to be a pull-quote for some later inspirational image you see on the internet. It leaves a lot of the dialogue feeling unnatural, and, again, much of the weirdness seems to be on the script level that Hooper wasn’t able to ultimately work through.

Now, I said earlier that I did enjoy watching this film. And right now, I’m not really proving any of that. I’ll say that doesn’t mean I liked it. There was something worth watching, and that’s the performance of its two leads, Redmayne as Einar/Lili and Vikander as Gerda.

It seems like the two of them worked almost separately on the film, and the fact that they’re so good seems to be by accident rather than by purpose. A filmmaking professor once advised me that it doesn’t matter if something in your film is good accidentally, as long as it looks like you did it on purpose. And that also means that if everything surrounding them is terrible, good performances are going to also look like an accident or a result of the actors themselves, not necessarily a result of the filmmakers and their craft.

Despite the film’s own shoddy conception of Einar and Lili, Redmayne seems to have locked into something very sympathetic and special with the character. I’ll admit to having not been a fan of his up until now, mostly due to a leftover visceral hate of The Theory of Everything, but he really does pull down into something interesting and evocative here. There’s an incredible lack of vanity as well as a wonderful willingness to wear the performance in every inch of his body, really just going for it. Yet he never overplays his hand in any way, which he could have so easily done.

Vikander is having one hell of a year, and this film will probably be part of the final jewel in the crown that announces her as a big-time actress. A remarkably sympathetic and well-done show on her part, she carries the film in a way that, again, a lesser actor might have overplayed.

Most importantly for the film is that Redmayne and Vikander have a remarkable amount of chemistry, and it is their relationship that keeps the film driving forward. As much as the film itself seems to actively work against you, you constantly feel the need to care about their relationship and to hope that ultimately it will create some kind of happiness for both of the leads. You want them to succeed.

The Danish Girl really shouldn’t be enjoyable. It’s a naked grasp at respectability from a filmmaker who seems to desire nothing more in the creation of his films. It’s at the least poorly thought-out, possibly offensive. But, dammit, there’s something in the core of the performance of the leads that’s worth watching. It’s a shame that it couldn’t be on purpose.