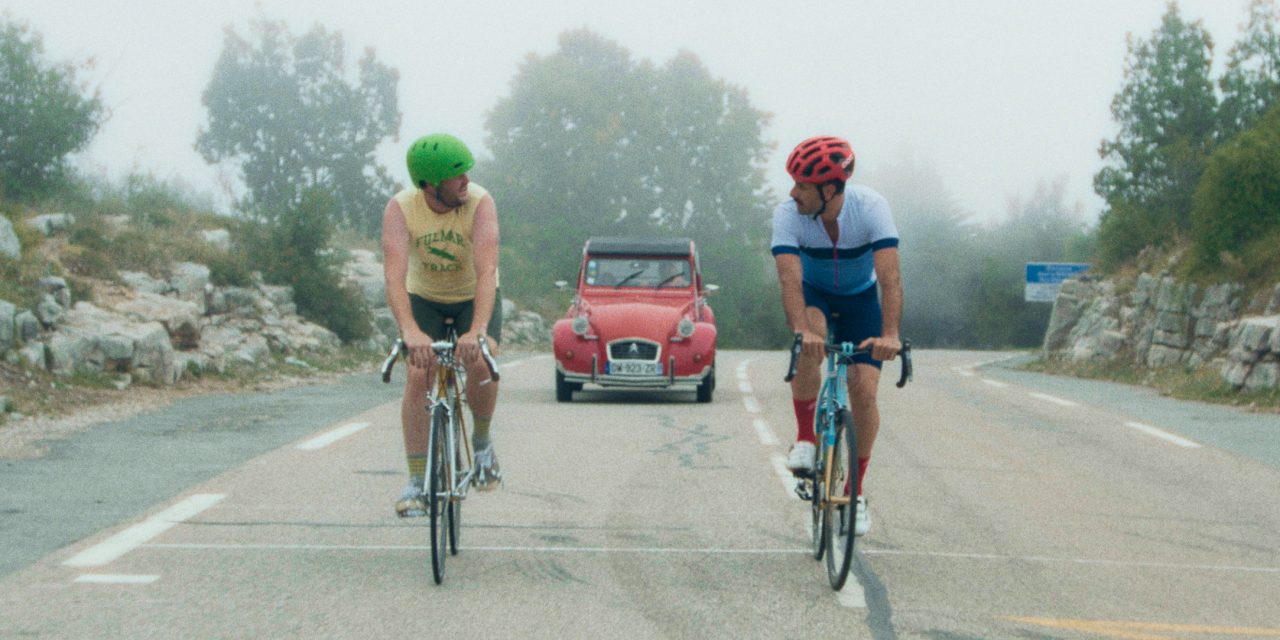 The buddy film is nothing new in comedy. From Agent J (Will Smith) and Agent K (Tommy Lee Jones) in 1997’s “Men in Black” to Tom (James Marsden) and Sonic (Ben Schwartz) in 2020’s “Sonic the Hedgehog,” the buddy comedy genre has long been used to explore the foundations of friendship. The characters’ initial meeting is a key component of the genre. While some films subvert this expectation by solidifying the character’s relationship early in the film, as is the case with 1989’s “Bill and Ted’s Excellent Adventure,” they still tend to fall back by focusing on a singular event. However, this is not the case with “The Climb,” as the film explores the difficult and extensive journey friendship can take over years.

Initially premiered at the 2019 Cannes Film Festival, “The Climb” is about the bond between Mike (Michael Angelo Covino) and Kyle (Kyle Marvin). After Mike admits that he slept with Kyle’s fiance before their wedding, their friendship begins to crumble. The film follows the slow restoration of their relationship as they overcome depression, selfishness and the weight of their pasts.

Mike (Michael Angelo Covino) and Kyle (Kyle Marvin) ride their bikes through the roads of France in “The Climb.” / Courtesy of Zach Kuperstein/Sony Pictures Classics

One of the many strengths of this comedy is its natural dialogue between characters. The rapport between Mike, Kyle and Marissa (Gayle Rankin), Kyle’s new girlfriend, is realistic and consistent with the personalities of the characters throughout the film. This dialogue also explores the relationship between realism and cringe, as the film uses less quick banter and more awkward pauses to toe the line between cringe and comfort. The intertwinement of Covino and Marvin’s lines and the acting of the three leads allows for humor to blossom from this smooth, believable discourse.

While humor can be found in the conversations and disagreements between characters, it is also prominent within the film’s visual gags. There are a variety of moments that explore the absurdity of Mike and Kyles’ lives, and each one feels well-timed. Covino refuses to drag a joke on for too long, ending it almost as soon as he introduces it to keep a consistent flow within the film. Mike, Kyle and a group of their friends go ice fishing for a bachelor party and while the idea of celebrating marriage over a frozen lake is absurd alone, it gets more ridiculous as one of the guys snorts cocaine off a tackle box and a woman who is assumed to be a stripper enters the ice fishing shack. I say “assume” because the audience does not see the woman inside the shack, rather she passes Mike outside and the viewer can hear cheers coming from the guys. Scenes like these are littered throughout “The Climb” and expand upon the humor that can be found in unexpected places. 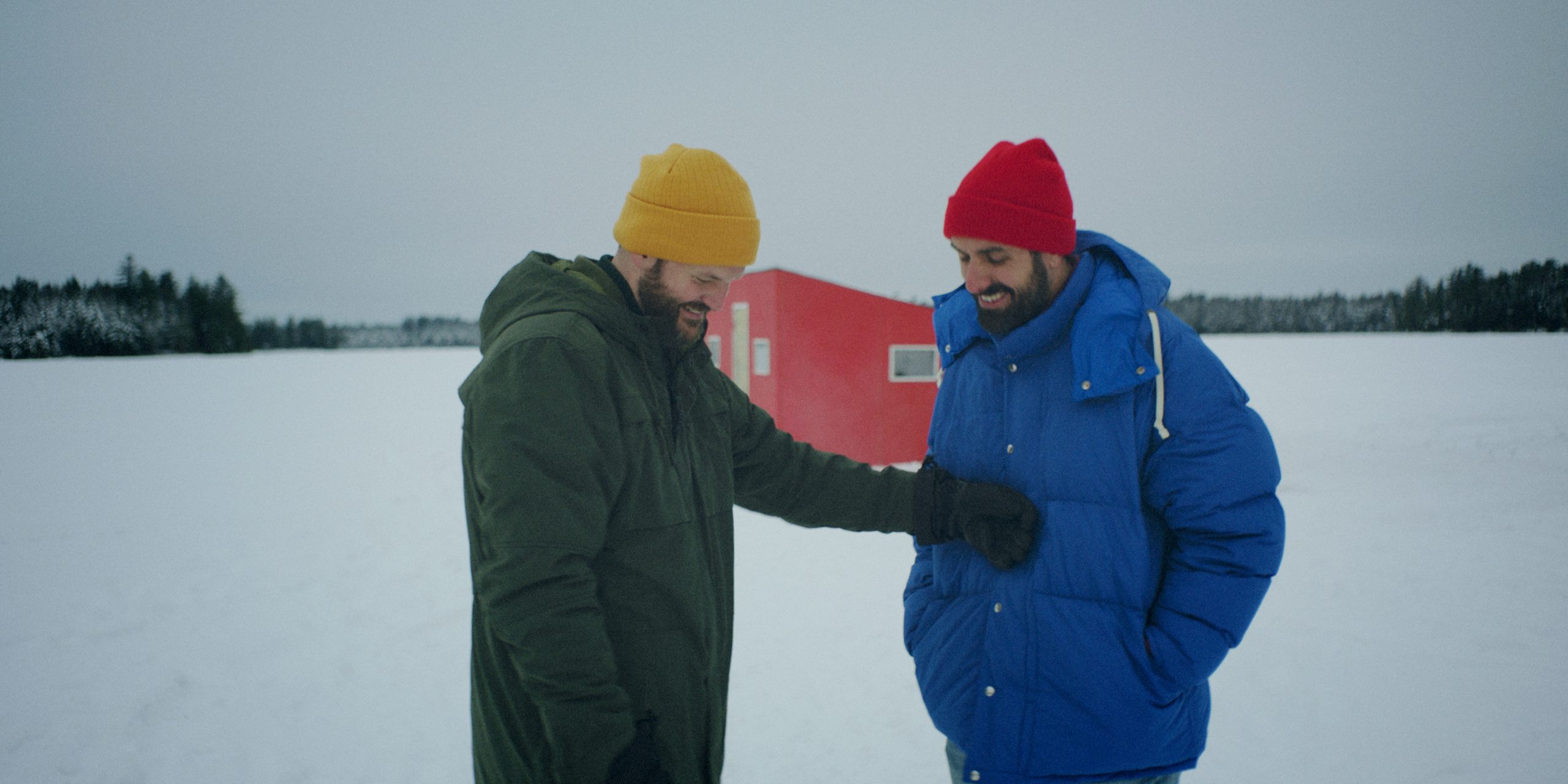 The film opens with a 10-minute continuous shot of Mike and Kyle riding bikes through the mountainous roads of France. Mike reveals his affair with Kyle’s fiance and the two attempt to argue while out of breath, their conflict contrasting the beautiful French landscape. While this opening shot is an incredible introduction to the film, it also introduces the viewer to the cinematographic formula the movie follows with a collection of long tracking shots. There is the occasional instance of a quick cut, but a bulk of the movie is made up of camerawork that flows around the environment rather than pointing the viewer to what’s important, allowing realism to flourish in this uncut filming style.

Around the middle of “The Climb,” Mike shows up at Kyle’s family Christmas party and, rather than entering the house, the camera stays outside and follows the characters through the windows. This long shot makes the audience feel as if they are not allowed into the house similar to how Mike feels like he shouldn’t be with Kyle’s family. Along with these long shots, cinematographer Zach Kuperstein incorporates inventive transitions to keep this continuity, such as recreating a shot from “Le Grand Amour” (1969) to transition from a movie theater that Mike is attending to Kyle’s wedding. The lack of cuts is surprising, as “The Climb” is Covino’s feature-length directorial debut but is one that will satisfy viewers.

Obviously, “The Climb” is not your usual comedy. It doesn’t rely on wisecracking jokes to get through its hour and a half run time, nor stereotypical characters to check off the list of comedy requirements. It’s a film that relies on realism, one with more sad moments than happy ones, and yet still finds a way to make the audience laugh throughout. From the loss of Mike’s wife and the depression that follows Kyle’s difficulty finding love, Covino chooses not to overshadow these experiences with over-the-top dialogue. Instead, he finds comedy within these experiences and allows the viewers to relate to the character’s hardships. That, paired with the masterful cinematography, makes “The Climb” a hopeful predecessor for comedies to follow.

Author and humorist Erma Bombeck once said, “There is a thin line that separates laughter and pain, comedy and tragedy, humor and hurt.” I believe this movie rides this line, as Covino finds humor through difficult moments and crafts a film about the hardships in friendships. It’s compelling, hilarious, well-written and I consider it the best comedy of 2020.

“The Climb” is now showing in select theaters.