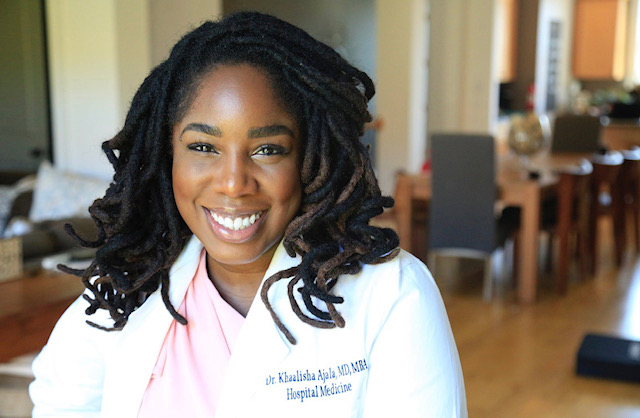 Recent and publicized acts of police brutality against unarmed Black individuals have sent shockwaves through the U.S., spurring non-Black Americans to learn more about racism. But for Black Americans, these experiences aren’t simply just a discussion topic encapsulated within an Instagram post; they denote a lifelong struggle for justice. Even the most accomplished have not escaped the fight — Assistant Professor of Medicine and Hospitalist Khaalisha Ajala, Associate Professor of Law Fred Smith Jr., and Associate Dean for Academic Programs and Students Derrick Howard all faced discrimination as Black professionals and academics in white-dominated spaces.

Despite holding seven degrees combined, Ajala, Smith and Howard have all had their credibility and hard work scrutinized and questioned in their workplaces.

Graduating from the American University of Antigua College of Medicine in 2009 and receiving residency training at the Morehouse School of Medicine (Ga.) until 2013, Ajala spent nearly eight years dedicated to advanced medical training. Now a hospitalist at Grady Memorial Hospital, Ajala said her medical expertise has frequently been challenged by patients.

“A lot of times my rounds would be longer … with certain patients and certain families because I had to prove my self-worth to be the physician by answering more questions than just management and clinical questions,” Ajala said.

Patients would often interrogate her about her background and medical education, and Ajala noted her answers would often lead to disappointment when they found out she completed her residency at Morehouse, a historically Black university.

On one occasion, a patient reported to Ajala’s supervisor that they had yet to be seen by a physician, though Ajala had spent over 30 minutes with them. When Ajala returned to their room, the patient remarked to the supervisor, “Oh she’s been in here, but we’re talking about like, the ‘doctor doctor.’”

That experience wasn’t new for Ajala, who stated she would often be mistaken for other workers, as patients would hand her trays, ask if she was a patient transporter and tell her the trash was full.

In fact, Ajala said such incidents would occur once or twice a week, and she was forced to repeatedly clarify with patients: “I am your doctor. My name is above your head. I gave you my card. I am the physician.”

Ajala said she often felt uncomfortable reporting her experiences to supervisors because “the fear is being conceived as a complainer.” Yet she still advises Black students to speak up and create a community around them.

“Don’t be afraid to be vocal about injustice,” Ajala said. “Make friends across the board — across gender, race, sexuality. Create community. Just know that with a community and a plan and self-belief, you can’t be stopped.”

In the field of law, being the only Black individual in the room yielded similar hardships for Smith. Smith graduated from Harvard University (Mass.) majoring in sociology and Afro-American studies in 2004 and from Stanford Law School (Calif.) in 2007. As an undergraduate, Smith protested for increased diversity in academia.

“I think that sometimes women professors and professors of color don’t get the benefit of doubt in the hiring process,” Smith said. “Their records have to be pristine and undeniably strong.”

After graduating from law school, Smith worked as an assistant professor of law at the University of California Berkeley School of Law. During his first week, Smith was approached by the building supervisor, who assumed that he was not a professor.

Smith later taught at the University of Chicago Law School (Ill.), before arriving at Emory in 2015. As a professor there, Smith initially felt limited in the topics he could write and speak on, nervous to approach the country’s history with racism. When he began to take bolder stances on issues of racial injustices in his publications, however, he felt his writing was able to reach a wider audience.

“Early in my career, I was afraid of saying certain things,” Smith said. “The more that I’ve not shied away from writing about and thinking about issues of subordination and race …  my writing has gotten better.”

While Smith stayed true to academia, Howard dabbled in several fields before his Emory deanship. Throughout his many careers, Howard also experienced similar issues with colleagues leveling microaggressions and prejudicial statements toward him.

In his first year at the University of Pittsburgh (Pa.),  Howard recounted that his adviser recommended remedial courses instead of the advanced classes he placed into. While Howard accepted the recommendation, he soon decided to develop his own schedule, later recognizing his adviser didn’t have his best interest at heart.

Howard’s adviser wasn’t the only one limiting his potential, however. A journalism professor would closely monitor and harshly criticize his work more so than his classmates, and Howard said this treatment ultimately discouraged him from pursuing journalism.

Howard soon enrolled at the University of Pittsburgh School of Law (Penn.) and graduated in 1990 with honors. But even with two degrees, microaggressions by white colleagues would continue.

As an associate attorney at a major law firm, Howard’s former boss suggested his accomplishments were due to his good “instincts” rather than his education and intelligence.

“He seemed to suggest that it couldn’t have been anything other than some inner, instinctive reaction to information, which he didn’t do with other people,” Howard said. “Other people seemed to have skills and expertise that they developed over time.”

In 2001, Howard transitioned to academia and has since taught at the Community College of Philadelphia (Pa.), Appalachian School of Law (Va.) and the Valparaiso University School of Law (Ind.). Howard said the courses he developed for students were often challenged by faculty members much more aggressively than his other colleagues’ courses. 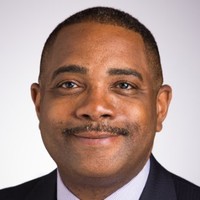 “They make assumptions about your limitations before you even have a chance to demonstrate what they are,” said Associate Dean Derrick Howard./Photo courtesy of Derrick Howard.

“When you’re Black or part of a marginalized group, people don’t give you full credit for the skills that you have, the knowledge you have,” Howard said. “They make assumptions about your limitations before you even have a chance to demonstrate what they are.”

Though he’s experienced racism within academia, Howard said discrimination is often worse when his occupation is not readily known. He recalled entering a grocery store and a woman pointing at him and demanding help with her groceries. While Howard helped the woman, he believed she may have shown more respect if she knew he was a dean.

“I find it interesting that when you don’t wear the uniform, whatever the uniform is that gives you credibility, people will … make assumptions about who you are,” Howard said.