The Case for Fantasy Football 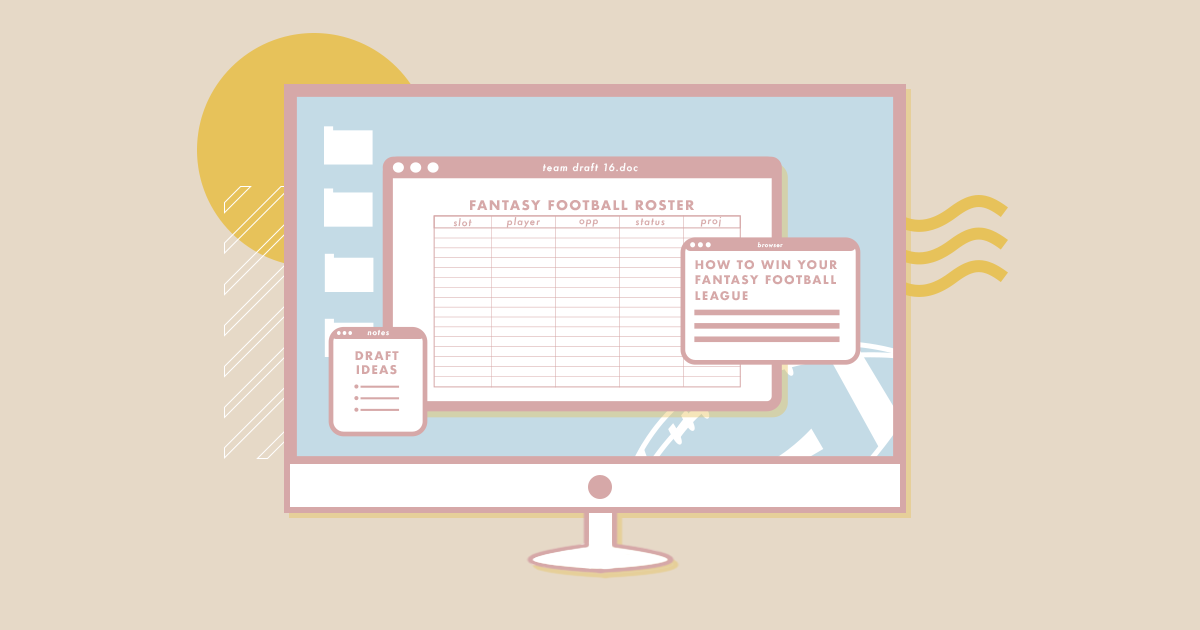 As the leaves turn and temperatures begin to drop, autumn has officially arrived. With this comes the return of seasonal coffee flavors and the onslaught of midterms. Yet, most importantly, fall marks the start of the NFL and fantasy football. Now more than ever, we need fantasy football.

Fantasy football is a serious competition that occurs entirely off the field. The players — who are typically avid fans of football — draft a team of real NFL players. Like the NFL, fantasy teams will compete against each other each week. The team with the highest number of points, determined by specific algorithms set in place prior to the start of one’s season, will come home with a victory that week. The teams with the best record will then duke it out in the playoffs. It may sound somewhat dull to those who have never played fantasy sports before, but the 47.2 million people who played fantasy football in 2017 would disagree.

For football fans, fantasy sports can provide new motivation to engage with the game and can make the season much more enjoyable. On top of just watching their favorite team each week, fantasy players will find themselves invested in other, sometimes rival teams and players that they drafted to their fantasy teams. For me, personally, as a New York Jets fan, it’s nice to root for athletes who actually have a chance of winning every once in a while.

It could even be argued that the best aspects of fantasy football aren’t about the game at all. Amid the pandemic, it can be tough to reach out and make connections with friends who may be halfway across the world. But, with fantasy, every Sunday brings something new to talk about, such as some fun trash talk among league mates. Fantasy football allows people to experience the fierce competition that’s especially missing in these socially distanced times. In a time where students are scattered across the country, it provides a great way to keep in touch.

Can I interest you in some fantasy football trash talk from @VancityReynolds @prattprattpratt @ChrisEvans @karengillan @Russo_Brothers & more? You gotta watch this video about the #AGBOSuperheroLeague https://t.co/D9CdrQjdiQ

Fantasy football additionally offers a great distraction. Life in general, this year in particular, can leave people feeling powerless; fantasy sports offer an escape where players can regain some sense of control. Each week, participants set their ideal lineup: if the competitor believes one of their bench players will outscore a current starter, a roster change can be made. If someone has a problem with their lineup, they have the opportunity to go out and fix it through trades or free agency, where non-rostered players can be added and dropped. Of course, at the end of the day, it’s still up to the athletes to put up points, but that sense of control and drive for a perfect lineup can be soothing for fantasy players against the backdrop of a chaotic global situation.

While it may just be a friendly competition, there is a lot that can be learned from fantasy football. The draft offers great lessons in game theory and opportunity cost. Certain position players, like tight ends, may be projected to score fewer points than others, like wide receivers, but they may be more valuable due to scarcity at their position. Trades offer an opportunity to negotiate and navigate human psychology, as players will need to overcome their own biases and ignore sunk costs in order to reach an agreement. It forces players to consider when to “buy low” on an athlete they think is undervalued or “sell high” on a player they think is overperforming.

Fantasy football is what prompted my academic interest in statistics. Even before I took a statistics course or knew what I was observing, fantasy football was teaching me how to think analytically. I was learning about regression to the mean by seeing trends in players’ performances. I was forced to think about volatility in certain types of players compared to others, and there were even lessons about the dangers of confusing correlation with causation. Most importantly, I was learning to question why certain outcomes happened, what I could take away from them and what they could indicate about a player’s future performances.

The lessons from fantasy football don’t need to relate to a specific field of study, for they are also valuable in daily life. If you play fantasy football, you have to learn to be fluid and remain open to reevaluating your attitudes and assumptions based on new information. The same goes for realizing that just because one move worked doesn’t mean that it was the right choice. The ultimate takeaway from fantasy football is understanding that at the end of the day, participants can only control the choices they make and the reactions they have, indicating a microcosmic approach to life.

All in all, fantasy football is truly a great game. Considering all the joy it brings, the connections it creates and the lessons it teaches, it is no surprise that fantasy football has skyrocketed in popularity over the years. If you need new players to root for and a reason to keep in touch with friends, if you’re missing that competitive rush, or if you’re just looking to learn something new about any number of subjects, look no further: it’s fantasy football season. 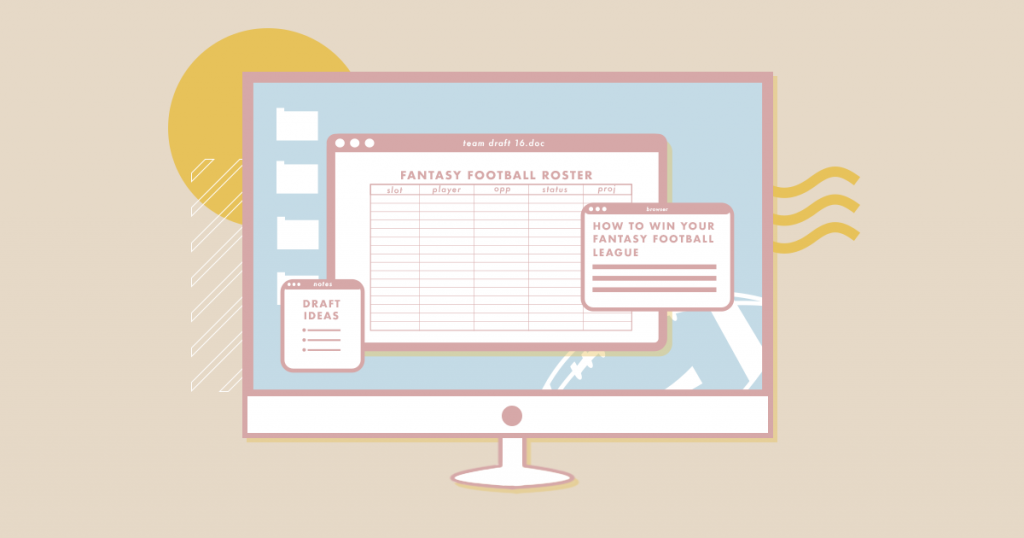 Players will draft their fantasy football team to compete against other players./Illustration by Mia Usman.