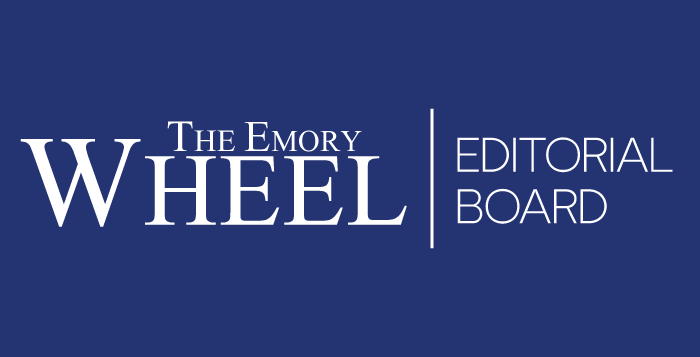 While the Republican Party faces a crowded field of potential presidential candidates in the 2016 election, Democrats seem ready to crown former Secretary of State Hillary Clinton their nominee for President, bucking the clichÃ© that “Republicans fall in line while Democrats fall in love.” Rather than a competitive nomination process, Clinton appears poised for a sumptuous coronation convention.

The fear of a Clinton bandwagon cruising into the White House is spooking mainstream Republicans to dig out one of their own party godfathers: Jeb Bush, the former Florida governor and brother and son of two former U.S. presidents. Current polls indicate that both Clinton and Bush are leading the race for their respective party’s nomination.

There is, however, something inherently undemocratic, even ungainly, about another Clinton or Bush presidency. If either one of them were to win a second term as president, it would mean two families would have held the presidency for 28 of the last 36 years.  The presidential lineup (Bush, Clinton, Bush, Obama, Clinton or Bush) then looks more like a game of Duck Duck Goose, with Obama as the goose, rather than the orderly succession of executive power. It is an emblem of a much larger tendency at work – America is a democracy in love with dynasties.

Political dynasties aren’t just confined to the presidential level, either. T​o see political dynasties in action, you don’t have to look far. In this year’s Georgia senatorial and gubernatorial races, candidates from both parties are feigned products of long-time Georgia political brands. The Democrats’ presumptive nominee for Senate is Michelle Nunn, the daughter of four-term U.S. Senator Sam Nunn. The Republican’s front runner nominee is David Perdue, the cousin of former Governor Sonny Perdue, and the Democratic nominee for governor is former President Jimmy Carter’s own grandson, Jason Carter.

Travel out of Georgia or Washington, D.C. and the patterns are the same. The 2014 midterms are jam-packed with dynastic politicians running for re-election. In Michigan, you have the Dingells; in California, the Browns; in Louisiana, the Landrieus; in New York, the Cuomos; in Colorado, the Udalls; in Rhode Island, the Chafees; in Alaska, the Begichs; in Arkansas, the Pryors. The list goes on and on.

Many of these dynastic politicians have fortressed themselves in impregnable congressional seats. Sometimes, they end up in the clutches of a single family for decades. Congressman John Dingell for example, has served 58 years in Congress! Rep. Dingell himself took over the seat from his father who served in Congress for 22 years. His district is gerrymandered to the hilt, and Rep. Dingell’s wife is running to keep the seat in the family’s hands.

Despite its pluralist DNA, there seems to be, in the American electorate, a pervading comfort in electing political progenies into office. Americans were born in rebellion, yet we seek tradition and familiarity.

Political scions often have an innate advantage because voters tend to look for the shorthand of a candidate’s views and positions. Often, a well-recognized name is an imprecise but popular signifier of knowledge and talent. Hence, dynastic politicians owe their longevity to advantages in resources, creditability, name-recognition, influence, a big rolodex and the swell of political infrastructure and connections inherited from their parents or relatives.

Voters should approach progeny politicians like Clinton and Bush with caution. Not only are political dynasties plutocratic and contrary to the spirit of the 22nd Amendment, which sets presidential term limits, but they strengthen the propensity of political power for viscous self-perpetuation and gum up the government by bringing in old allies and crowding out new people with fresh perspectives.

Neither Bush nor Clinton ought to be the Republican and Democratic nominees for president. The former Bush White House speechwriter​ David Frum put it best: “Parties have good reasons to avoid reaching back to politicians of prior generations. When they do, they bring forward not only the ideas of the past, but also the personalities and the quarrels of the past.” So, before christening Clinton as president or inducting another Bush into Pennsylvania Avenue, Americans should think long and hard whether they want to continue the stale politics and ideas of the past two decades or opt for change and rejuvenation.