On Jan. 6, the U.S. saw thousands of pro-Trump supporters violently breaking and entering into the U.S. Capitol as members of the House and Senate prepared to certify Electoral College votes and determine the next president and vice president. This insurrectionist violence displays the peak of the heated political divide in our country. Our country has failed to agree on the very basis of democracy: the results of our most important election.

During this pinnacle of political disagreement and violence, we must remain focused on what unites us. We are privileged to be citizens of the U.S., a great country that brings various cultures together, produces excellence in science, law, academia and art, and protects us from domestic and international threats. We all have a responsibility to our country and our fellow citizens to produce a more perfect union by confronting the problems of our era, including addressing the discrepancies in police reactions based on race.

Many have questioned how we democratically elected a president who incites violence as a response to losing an election. Others have responded that we cannot blame one individual for the destructive and illegal acts committed by thousands. What has gone wrong in our country that a large number of citizens cannot recognize President Donald Trump’s harmful and inciting rhetoric?

The most significant question is why various police forces from the Capitol building, the D.C. metropolitan area, the state of Maryland, the state of Virginia and others could not control the terrorists who invaded the Capitol on Jan. 6. As our own citizens disrespected one of the most valuable monuments in our country, some police officers took selfies with them, amicably showed them around and failed to prevent them from entering the Capitol.

Just six months earlier, we saw a new uprising of protesters for the Black Lives Matter movement, whom the police responded to very differently through the use of tear gas, rubber bullets and chokeholds. This became the unjust and unwarranted norm for how the police would respond to peaceful protestors. The U.S. police force is large enough, strong enough and resourceful enough to swiftly, wholly and resolutely control large groups of people. So why didn’t they?

The attempted coup occurred not because of a weak or small police force but because of a massive disparity in the way the police responds to peaceful Black, Indigenous and people of color and the way it responds to white, pro-Trump terrorists attempting to undermine our democracy.

Black men and women across the country who have lost loved ones to police brutality watched on television as police officers took selfies with Trump supporters who waved Confederate flags inside our sacred Capitol building. Minority individuals convicted of low-level, non-violent crimes watched through their prison cells as these terrorists, who committed heinous acts of insurrection, intimidation and murder, walked out giving high-fives and posting videos of their marauding acts. Black children noted that while Black adults may get shot by the police while sleeping in their own beds, white terrorists can lay siege to our edifice of democracy and walk free.

The U.S. is not a role model country. The U.S. is not a shining example of democracy. It upholds a racist and unjust criminal justice system that dismisses large crimes committed by white individuals while it threatens, incarcerates and kills innocent Black and minority individuals. The events of Jan. 6 represent a moment that we must refuse to let die. This moment captures the deep racial divide in this country.

Do not let this moment pass. Remember what happened on Jan. 6, 2021. As the next generation of great Americans, we must protest the broken justice system that allowed such events to happen, elect representatives who will work to dismantle the racist justice system, donate to justice reform organizations and demand answers from legislators and the Justice Department. This problem must be confronted and eradicated by Democrats and Republicans uniting together with a vested interest in creating a better America for future generations.

Shivani Kumar (23B) is from Tallahassee, Florida. 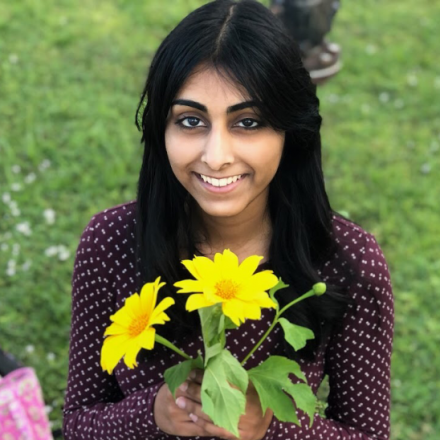