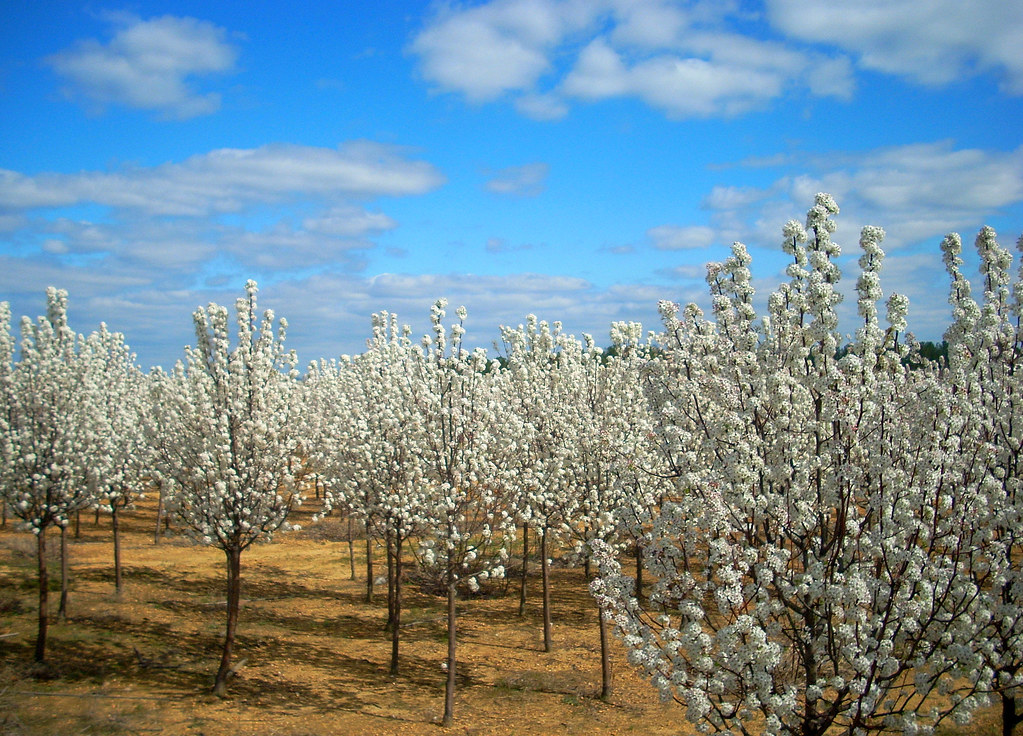 Since the pandemic started, people have been walking more than ever, craving the fresh air and relishing maskless time outdoors. My mom and I are among this newly created cohort of walkers. But with the start of spring, we noticed a new, pungent smell akin to rotten fish. The smell was bothering me and ruining my walks, so I began investigating its source. I initially thought someone had forgotten their fish on the grill, or that some families were using fish fertilizer. Three days and six walks later, I figured out the real culprit: the damned Bradford pear tree behind my house.

I suspect everyone has seen such pear trees flooding the streets or blooming in a backyard, their white flower petals scattered across the grass like springtime snow. The trees are stunning, so much so that they might be spotted on your Instagram feed. But here’s what you don’t know: the Bradford pear is an inveterate curse on our nation and wreaks havoc on our environment.

I admit, the Bradford pear’s white blossoms are visually appealing. But the tree, also known as the Callery pear, must be exterminated. Incinerated. Burned. Charred until there are none left. Not only does the tree emit an unmistakable smell of rotten fish and semen, but it is also an invasive species threatening biodiversity across the United States.

The U.S. Department of Agriculture (USDA) first imported the Bradford tree from China to combat the fire blight devastating American pear crops in the early 1900s. Though it saved the pear industry, the hardiness of the new, bacteria-resistant species would later come back to haunt future generations of Americans.

Deemed the “perfect street tree” in the mid-20th century, the Bradford pear was extensively planted to beautify American streets and backyards. We became attracted to its aesthetic beauty, its ability to flourish in any type of soil and its capacity to withstand all pests and diseases. At first we expected them to last for 20 years because of the tree’s sterility and weak, V-shaped branch structure, which causes them to split apart. To address this, landscapers added other pear varieties to accompany the Bradford. But there was a problem: the trees were not, in fact, sterile. They could cross-pollinate with every other pear variety. Over the years, the Bradford has evolved into a much stronger tree, inheriting sturdiness and resilience from other species. Without proper regulation, the Bradford pear is an unhinged, self-inflicted arboreal obscenity.

Visual aesthetic often comes at a great price. For the Bradford pear, it’s the smell of rotten fish, garbage and urine originating from a combination of the chemicals trimethylamine and dimethylamine. But while we turn our noses up at the scent, pollinators love it. As a result, birds spread the Bradford’s seeds far and wide, allowing it to breed rapidly and invade new territory. This reduces wildlife habitats and limits livestock’s ability to forage. Additionally, the Bradford leeches nutrients that native species need from the soil, thus hindering their growth and potentially wiping them out completely.

As an invasive species, the Bradford pear is an underdog. On its own, the tree is feeble, but with progeny ubiquitous across the U.S., it is mighty, and we should be afraid. One cannot simply mow the thorny trees down, for the spikes would puncture most tractors’ tires. A fire would only leave room for a new crop to flourish in the place of the old forest. The plant might be pretty and low maintenance, but it still must be eradicated. Other methods, such as using chemicals, tearing out the trees’ roots or employing yearly management techniques, may be more expensive but worth it in the long run. Not only can local species provide the same aesthetic appeal without that rancid smell, but invasive species can also significantly disrupt local ecological communities. We cannot justifiably reap the Bradford tree’s benefits while forgetting the harm it has inflicted on our environment.

Luckily, we are not standing idly by. For instance, a local task force in Missouri is incentivizing citizens to cut the trees down themselves by offering to plant a native or non-invasive tree for every trunk they vanquish. Gardeners, scientists and conservationists elsewhere are hoping to educate more homeowners and nurseries to stop planting and selling the Bradford pear. But there is still work to be done. Despite nursery owners earning millions of dollars of revenue per year selling these trees, removing one tree can cost between $500 and $1,000. Even then, its roots can still grow back. Looking beyond the fact that nurseries should not be carrying these trees, let me ask this: do you really want your city to smell like semen and rotten fish every spring? Even though the smell is seasonal, the ramifications of letting the Bradford and invasive species like it prosper while knowing the harm they do to the environment — and its horrific stench — are irreparable. The extra tax revenue is not worth it.

Not all villains are obvious. Sometimes they lurk just beneath the surface. Unfortunately, that’s what the Bradford pear tree is: a well-intentioned, beautiful yet evil spawn of the USDA. It’s time to stop planting the Bradford pear. Instead, we should invest in native species to decorate our gardens and work toward eliminating the tree. It’s a menace to our ecology, and we should treat it as such.