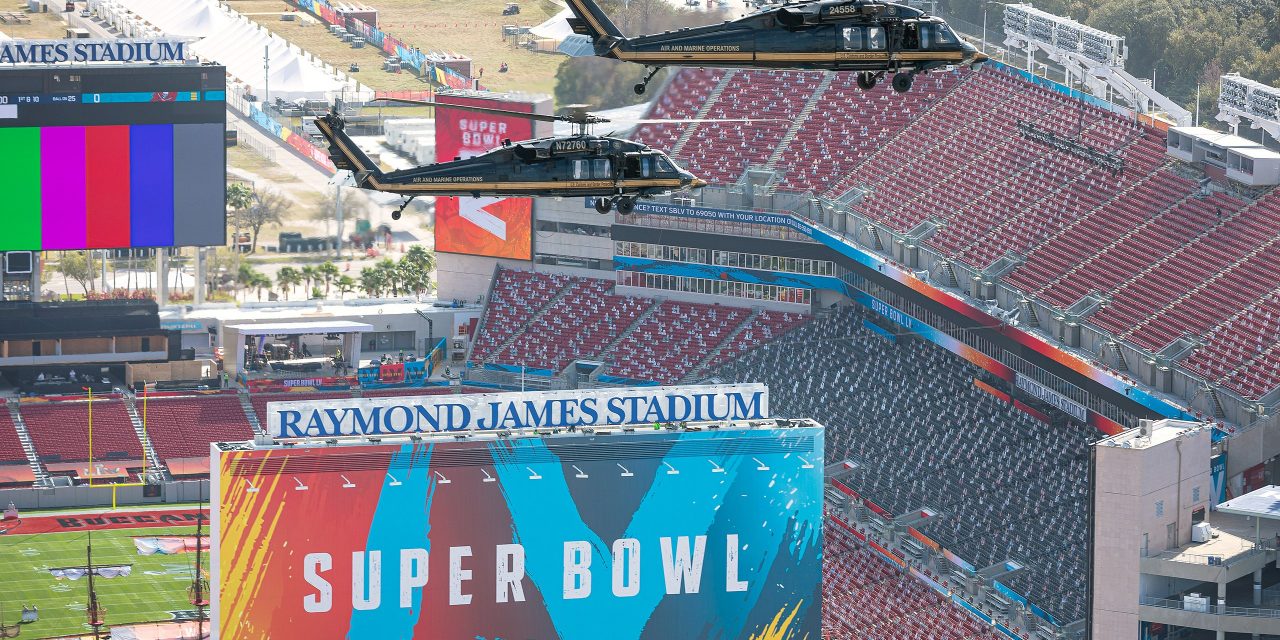 After a tumultuous year, tens of millions of viewers around the world invariably tuned in on Feb. 7 to watch one of the most anticipated sporting events of the year: Super Bowl LV.

The narrative proceeding this showdown between the Tampa Bay Buccaneers and the Kansas City Chiefs seemed to be straight out of a Hollywood movie. Tom Brady, arguably the greatest quarterback and NFL player of all time, takes on the young phenom Patrick Mahomes, the reigning Super Bowl MVP. Could Brady pull off a Super Bowl win without his former head coach, the legendary Bill Belichick? Or would Mahomes seize the torch from the veteran quarterback and begin a Chiefs dynasty? Fans were ready for this to be a high scoring nail-biter — a Super Bowl for the history books.

What viewers received, however, was a one-sided blowout. The Buccaneers brutally dominated the Chiefs 31-9.

Although the game unraveled quickly and was certainly not the most exciting Super Bowl to watch, there were a few notable moments that, for better or worse, stood out above the rest.

Buccaneers tight end Rob Gronkowski looked like his younger self as he finished the game with six receptions, 67 yards and two touchdowns. The tight end came out of retirement this season to join Brady in Tampa Bay following years together in New England, and he left quite an impact in the big game. His most impressive play came in the second quarter when the game was still 7-3 in favor of the Buccaneers. The 265-pound offensive force flew down the field and beat Chiefs cornerback L’Jarius Sneed, finding himself wide open in the endzone for his second touchdown of the night and setting the Buccaneers up with a 14-3 lead.

With about 14 minutes left in the fourth quarter, the Chiefs found themselves in dire need of a touchdown if they hoped to erase the 22-point deficit before them. Mahomes, immediately after the snap, was pressured and scrambled more than 20 yards backwards evading several defenders before being tripped up by Buccaneers defensive end William Gholston. What came next was one of the greatest throws to never be completed.

Mahomes, nearly parallel to the ground while falling, threw a perfect pass that went through the hands of running back Darell Williams and hit him in the head before falling incomplete. The Chiefs may have lost, but the Mahomes magic was still on full display.

Best celebration: Winfield Jr. gives Tyreek Hill a taste of his own medicine

This one needs context. When the Buccaneers faced off against the Chiefs in Week 12, wide receiver Tyreek Hill recorded a monstrous 269 yards and three touchdowns. On one of these touchdowns, he blazed by Tampa Bay safety Antoine Winfield Jr. and flashed his classic “deuce” peace sign. On another, he walked up to and backflipped into the endzone right in Winfield Jr.’s face. Revenge would be a long time coming, but Winfield Jr. remained patient. After breaking up a pass intended for Hill and forcing a turnover on downs with about four minutes remaining in the game, Winfield Jr. crouched down in the receiver’s face and threw up the deuce. He was called for a taunting penalty afterward, but the Chiefs still lost possession of the football. Announcer and former NFL quarterback Tony Romo might not “like that or condone that at all,” but I certainly thought it was entertaining.

The game-ending interception from Buccaneers linebacker Devin White capped off an incredible performance from the entire Tampa Bay defense. With less than two minutes on the clock and the game virtually over, the Chiefs still grasped for points. White jumped the route of Chiefs star tight end Travis Kelce and proceeded to tip the ball up to himself before catching it and taking a knee in the endzone for a touchback. The Chiefs did not gain possession of the football again.

The unsung hero of this game for the Buccaneers is former Jacksonville Jaguars running back Leonard Fournette. After being released by the Jaguars in August and going unclaimed on waivers, Fournette signed with Tampa Bay in September earlier this season. He repaid the Buccaneers’ investment with 89 rush yards, a touchdown and 46 receiving yards. Fournette was unstoppable, and his ability to consistently break down a defense over time allowed the Buccaneers to burn out the clock once they had already established a lead. There were many incredible players that showed up to play on Sunday night, but Fournette’s contributions to the Buccaneers’ win should not be overlooked.

The fact that I am still thinking of this Super Bowl advertisement from Oatly might convey to marketing experts the false indication that it was actually a great success. But that doesn’t mean I enjoy having it stuck in my head. The commercial features the company’s CEO signing in a field about his oat milk, exclaiming “Wow! No Cow!” among other odd lines. While I respect the guts of the CEO for singing on national TV, it was bad enough that one of my friends even said “Well, I’m never buying that now.” On top of that, the commercial is actually a rerun from 2014.

The lights may have been a bit too blinding for The Weeknd during this year’s halftime show. In all seriousness, the lights and effects were among the only redeeming qualities of the performance. The show seemed to be over as soon as it started, and it was all together not that memorable. The Weeknd clearly showcased his incredible voice, but the audio was mixed so poorly that it was often drowned out by the instruments in the background. However, The Weeknd did succeed in becoming a meme as he walked around a room full of bright lights and mirrors, looking around in distress with the camera zoomed on his face. So, depending on how you look at it, that could be considered a success. Overall, the show was not horrible, but not spectacular, either. It fit in perfectly with a Super Bowl that was also not too exciting in its own right.

Correction (2/9/2o21 at 1:00 a.m.): A previous version of this story incorrectly spelled Antoine Winfield Jr, as well as The Weeknd. The story has been corrected to address these spelling errors.