Okay, so now it is on to week 3, and I have a few notes and comments to discuss before I get into football. First, I am sick. It sucks being sick, especially in college. I sit here in distress waiting for some magical genie to come with some medicine and food, and then I realize that the genie is about a few thousand miles away in New Jersey tending to my two younger brothers. It sucks.

And the worst thing about getting sick in college is that everyone else around you is always sick, keeping the germs concentrated. Essentially, college is a trap where everyone is always going to be getting sick and never getting better.

I guess I am also in a bad mood because the Jets did what everyone thought they were going to do, which I will get into a bit later.

The final note is that fun-school time is basically over for me, which is unfortunate. The first month of school, everyone is gallivanting around, having a merry time, just enjoying how there are no tests … until you get into October!

I have four tests, all pretty substantially sized, in a matter of a week and a half. No biggie. Before I go lock myself in the library with my textbooks and Cheez-Its, let’s move on to my picks. As usual, the home team is indicated in CAPITALS.

You would have to assume that Jay Cutler would eventually get just a wee bit better, right? Maybe just a smidgen? But no, he spent week two progressively getting worse and worse, culminating with him shoving his 6’7″, 333-pound left tackle and blind side protector. Not a great idea.

And after being embarrassed by a truly mediocre Green Bay defense, you would have to think that he has hit rock-bottom. The Bears were supposed to be a Super Bowl contender, but unfortunately for Jay, the team is only as good as their quarterback.

On the flip side, St. Louis is coming off of a victory against the Redskins, a game that went down to the wire. Sam Bradford played marvelously, limiting his mistakes and making timely throws. I am betting on the Rams for this one.

Who’s the fantasy sleeper in this game? Check out little Danny Amendola. Some people think last week was a fluke; I am not one of those people. He is Bradford’s favorite target, and I think that this chemistry will shine through in the upcoming weeks. St. Louis 28 CHICAGO 13

Although both teams would probably like a mulligan for their performances last week, there is no excuse for how either team lost. Dallas had the opportunity to play against the Seahawks’ rookie quarterback Russell Wilson, who is legitimately at most one inch taller than I am.

Seattle had come off a loss to the miserable (yet still 2-0) Cardinals, and Dallas had just won a rivalry game against the Giants. And then, Dallas just showed up flat and got rocked.

Tampa Bay had a new coach, new players and a new attitude heading into the season. After a win against Superman Cam and the Panthers, the Buccaneers headed into the Meadowlands looking to take down the Giants. And it was working out well until they unraveled, and Eli turned on beast mode. So coming into this game, both teams have something to prove. And I think that the Cowboys will pull through.

My fantasy sleeper in this game has to be Dallas Clark. Dallas has some great cornerbacks, but their safeties are questionable, and Clark is way too good not to exploit that weakness. DALLAS 38 Tampa Bay 27

It is the battle of the circus teams as the Jets head into Miami, and while I do not want to jinx anything, I firmly believe that the Jets should walk away from this matchup with a victory.

Forget how Mark Sanchez hit only six out of 17 passes in the second half. Forget how the entire offense just shut down after a solid first drive and a lead through the first quarter.

The Miami Dolphins are one of many teams in the NFL currently rebuilding, and with an unproven Ryan Tannehill against a formidable Jets defense, I think that this is a winnable game.

As in their first game, the Jets offense will get a lot of opportunities to pass, and that confidence will be necessary for Mark Sanchez to improve his game. Check out Bilal Powell for your fantasy teams and his increasing workload. Shonn Greene has done nothing, and Powell might be able to have a breakout game and win the starting job. New York Jets 27 MIAMI 17

Who said the Chargers couldn’t win in September? After years of issues with coming strong out of the gate under Norv Turner, the San Diego Chargers seem to have finally hit their stride, starting the season off 2-0 despite losing Vincent Jackson and Mike Tolbert.

The Falcons have also experienced success, being 2-0 after wins against Kansas City and Denver.

Both teams rely on the passing game, and with Michael Turner most likely out or affected after a recent DUI, it will be up to the new-look Matt Ryan and Julio Jones to carry their team to victory.

I do believe that the Chargers have the advantage here, with Antonio Gates and Ryan Mathews returning the starting lineup. If one of the two cannot play, then the Falcons will win, but as of now that is not the case, so I am going with the Chargers.

This is going to be a very solid matchup, to say the least. I understand people doubting New England after a recent and heartbreaking loss to the merry-go-round quarterback roulette system of the Arizona Cardinals.

A lot of that had to do with the loss of Aaron Hernandez, which should be quelled with the addition of Kellen Winslow.

The Ravens have a very dangerous team but are coming off of a crushing loss in which Joe Flacco showed how absolutely horrific he truly is at the quarterback position. I assume that both teams are going to bounce back, and this is a game that I do not want to miss.

My fantasy stud is Winslow; if he plays he will have an impact. He is too good not to get open, and Brady is too good not to find him. New England takes this one on the road at night. There’s just no way Thomas Edward Patrick Brady, Jr. gets embarrassed on back-to-back weekends. NEW ENGLAND 34 Baltimore 24

My surprise picks essentially backfired on me last week, but I still managed to keep my head above .500. You should probably base your gambling on me.

And finally, a “Shanah Tovah” (I checked the spelling on Wikipedia) to all my Jewish folk out there. Enjoy your weekend.

Editor’s note: These decisions were picked before the paper went to press.

Jarvis Places Fourth in Field of 132 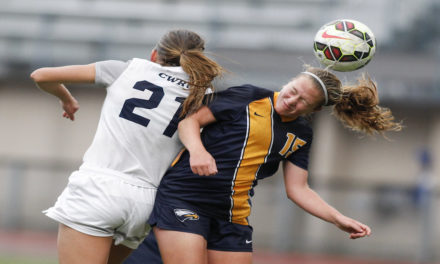 Women’s Tennis Falls to Amherst, Rebound vs. No. 1 Team