Hello Emory (and all of Michigan and Syracuse), and welcome to yet another Beej Knows Best. Since this is the weekend of the final four, pretty much the rest of Long Island that did not go to Emory will be visiting this weekend, so here’s a shout-out to everyone staying over. I hope you have a great time. Speaking of the weekend, it was about time that we finally got some actual Atlanta weather.  Enjoy the 70s-plus temperatures.

But enough small talk. Football season is obviously a bit slow around this time, because teams have pretty much filled out their rosters and are now focusing on pro days and setting up their big board for the upcoming draft. The NFL draft is, in my opinion, the greatest draft in all of sports, because every single-draft pick is expected to have an impact at the next level. In the NFL, high draft picks are valued more than some superstars, and a good draft can potentially shoot a team from the cellar into the playoffs (see: Indianapolis Colts 2012-13). Since 1998, a game-changing or potentially team-decimating quarterback has been chosen with the top overall pick in every draft but three. However, this year’s draft does not present a clear-cut quarterback – or any player, for that matter – who will be the first overall pick. Over the next three weeks, more information will surface about which prospect performed the best in tryouts, or interviewed the best, and that will help us determine who will be taken at the top. But since my last mock, there have been a few changes that need to be made. So without taking up any more of your time, here is my updated top 5 mock draft.

In my last mock, I had the Chiefs taking Joeckel, and after a few weeks, I still stick with that prediction. The Chiefs have spent the entire offseason uprooting their team, the big move being trading for quarterback Alex Smith. In order for Smith and the Chiefs to succeed, the offensive line will need to be a strength. Franchise tagging LT Brandon Albert, while releasing Eric Winston, leaves a gaping hole at right tackle. Which is why Joeckel fits perfectly. He could spend a year at right tackle and then make the switch over to left long term. Although he wasn’t the best performer at the combine, the coaches will point to his durability and consistency in college, as they should. He projects to be a franchise left tackle, and I believe he will protect Alex Smith and help turn Kansas City into a contender.

The Jacksonville Jaguars need a game-changer on the defensive end. They are currently a bottom-feeder in the NFL and have been stagnant over the past few years. The good thing is that they are seeing emerging star power in Justin Blackmon. However, as bad as their offense has been, they need someone to pick up one of the worst defenses in the league. In addition, their pass rush is miserable. Adding Dion Jordan, an athletic freak and someone who can consistently disrupt the quarterback,  would do wonders for the Jaguars defense. If he develops as projected, he could turn into a franchise pass-rusher. The Jaguars cannot afford to blow this pick as they have blown their top selections in recent drafts, so they should and absolutely will draft Dion Jordan.

The Raiders are equally, if not more of, a mess than the Jaguars, but they have made some strides to overhaul their lineup. Their front office has attempted to cut away the fat and draft winners. Floyd is an absolute winner. He has experienced success at Florida, and he will replace Tommy Kelly at the defensive tackle position. Like the Jaguars, the Raiders have had a difficult time drafting talent with their high picks, as illustrated by their recent roster cut of Darrius Heyward-Bey.

I had Smith mocked to the Eagles last time, and I am sticking with that claim here as well. The Eagles have a very solid team on paper. Their shrewd signings this offseason have put them in contention to compete for the NFC East crown. All they need is a competent quarterback. Michael Vick is clearly not the answer, and neither is anyone else they have on the roster. They need to draft a quarterback who can enter and win games with their given talent, similar to Ben Roethlisberger with the Pittsburgh Steelers in 2004. Geno Smith is the perfect quarterback to run Chip Kelly’s system. An offense spearheaded by him, Bryce Brown, LeSean McCoy, Desean Jackson, and Jeremy Maclin would easily compete at the top of the league for most explosive. The Eagles have other holes, but if they do not draft a quarterback, no matter how solid the rest of their roster is, they will not be successful. Geno is the pick and will turn the Eagles around.

Despite drafting game-changers in Ndamukong Suh and Nick Fairley, one of the biggest weaknesses of the Detroit Lions is their pass rush. They could either draft a cornerback like Dee Milliner to hide this deficiency, or they could address it by potentially drafting the next Jason Pierre-Paul. Ansah is a physical freak and can turn into a superstar. Imagine an offensive line having to prepare for the three of them. Their defense would become phenomenal, and they might end up performing like the top-5 team they look like on paper.

Of course, these picks are tentative and can certainly change as the draft approaches. However, at this point, I believe that these teams will certainly draft these players, barring any trade or poor judgment from their front office. I hope everyone enjoys time with any friends that might be visiting, the Final Four and the concerts on McDonough. Have a safe weekend. 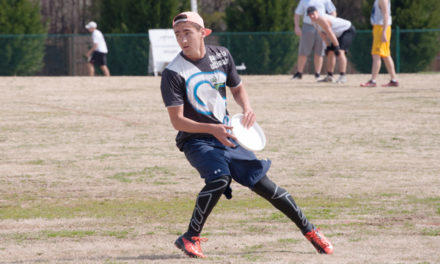 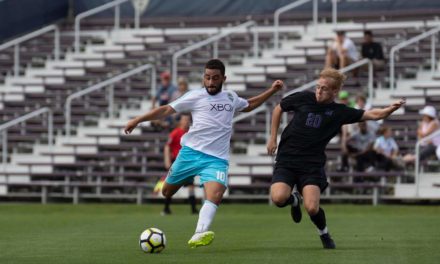