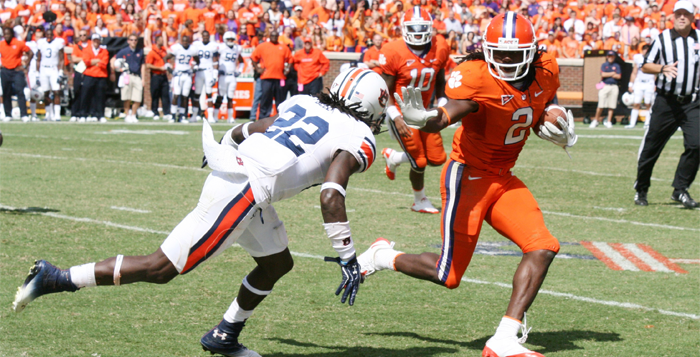 Twenty-nine days, 20 hours, 35 minutes and 35 seconds (from when I am currently typing). Once that short period of time has elapsed, ladies and gentleman, we will be at the main event, the feature entertainment, the pinnacle of the year: the 2014 NFL Draft.

A sacred event in which professional franchises spend months of time and millions of dollars in scouting in order to rebuild their teams or find a few missing pieces. The examples of Tom Brady (sixth round) and Shannon Sharpe (seventh round) come to mind when we think of players that were drafted late but helped define a team for years to come. Conversely, guys like Ryan Leaf (second pick) and JaMarcus Russell (first pick) have crippled franchises, and impeded years of development. So where does that make us stand today? The 2014 NFL Draft is incredibly similar to the 2013 NBA Draft in the sense that there is incredible uncertainty at the top. However, there is much talent to be had at many key positions, so teams who have stockpiled draft picks are in prime position to make a leap in the 2014 season.

Below is a mock draft, with explanations for the top five teams. This is not necessarily what I think a team should do, but what I think they will do. No projected trades have been factored in.

I have two main reasons why I believe the Texans will draft Clowney over Blake Bortles. First, Bill O’Brien probably believes that he can grab a second round quarterback (Jimmy Garoppolo, Teddy Bridgewater if he falls, etc.) that he can mold into a star, and doesn’t believe that they are too far off of what Blake Bortles brings to the table. Secondly, O’Brien is an offensive guy, so having the opportunity to solidify his defense so he can focus on rebuilding the offense is too tantalizing to pass up. Clowney and J.J. Watt would be an unstoppable force, and the potential for this dynamic duo will solidify Clowney at this position.

I believe that the Rams will allow themselves to pick at two for luxury, and at 13 for need. The Rams need to do something for Sam Bradford to help him out. Drafting Tavon Austin and Stedman Bailey was a start. Adding in Sammy Watkins to the mix creates a juggernaut at the wide receiver position. The added benefit is that if Bradford cannot succeed given his tools, it becomes apparent that the Rams need to move on. Realistically, I believe that Rams move this pick to someone in the 6-10 range, draft an OL first and a wide receiver at 12.

Jags fans have been clamoring ownership to sign a certain Floridian who experienced massive success at the collegiate level and has a cult following throughout America (Tim Tebow). After this pick, those fans will have their wildest dreams realized. Bortles oozes potential, and the Jaguars are in a rebuilding situation. He immediately becomes the quarterback of the future and shores up a glaring position of need for the next decade and change.

If I were running the Browns, I would absolutely take Johnny Football in this slot, then hope to draft Kelvin Benjamin/Marqise Lee/Odell Beckham Jr. with the 26th pick. Some pundits believe a guy like Manziel could drop to 26, so the Browns should look elsewhere here. I believe that because they got burned once (Brandon Weeden) with a late-first round quarterback selection, the Browns will be adamant about getting their guy. Several reports have shown that the Browns think very highly of Carr, so it wouldn’t surprise me to see him as the pick.

There has been a buzz that the Raiders could go QB with Manziel here, or look to solidify their front seven by taking Khalil Mack. Neither scenerio will occur. The Raiders got burned by letting Jared Veldheer leave via free agency, and by voiding Rodger Saffold’s contract. Although Austin Howard is a capable right tackle, they still need a mauler and protector on the left side. Robinson has great tape and even better workouts, and will become an anchor for the Raiders for years to come.